Researchers can now edit a part of the human genome that the famed CRISPR — try, try as it might — has never been able to. This opens up new possibilities for research and cures for devastating rare genetic diseases.

By cracking open the mitochondrial DNA (mtDNA), for the first time, scientists may have found a way to treat a raft of genetic diseases that, surprisingly, aren’t caused by genes on any of your 23 chromosomes.

Your Hidden Stash of DNA

Most of human DNA is found in the nucleus of the cell. But a tiny amount is located in the mitochondria, organelles that generate energy for the cell. These tiny power plants are crucial for life, so even though they only contain a tiny fraction of your genes, problems there can be serious.

The small structures are protected by a membrane that is impenetrable to CRISPR.

In the nucleus, CRISPR uses guide RNA as a chaperone, leading it to the targeted regions of DNA for gene editing. But mitochondria have membranes that are impervious to the guide RNA.

So far, mtDNA editing with CRISPR always results in cutting and destroying that copy of the mitochondrial genome.

“CRISPR cannot be used to edit mitochondrial DNA, despite the efforts to do so by many labs including our own, because researchers have not been able to deliver guide RNAs into the mitochondria,” Broad Institute Biologist David Liu said in an email.

Breaking into the Stash

In a huge collaborative effort —  involving scientists at the Broad Institute, the Howard Hughes Medical Institute, the University of Washington, Harvard University, and Massachusetts General Hospital — researchers found a different way into the mitochondria, using a toxin produced by a bacteria.

The toxin is a chemical enzyme secreted by the Burkholderia cenocepacia bacteria.  It appears to use the enzyme to kill off other bacteria by causing a specific genetic mutation in their mtDNA, at a single letter in the code.

But the team found a way to keep the toxin from killing the cell. The researchers split the enzymes into two harmless halves and attached each half to proteins, which brought them together in the mtDNA’s targeted region.

With this method, the researchers accomplished the first precision editing to a single letter in the mitochondrial genome — something CRISPR has never done. Their work was published in the journal Nature on July 8, 2020.

“We’ve been looking for a technology like this for a very long time. With this technology, mitochondrial research will enter a golden age,” biologist Fyodor Urnov of the University of California’s Innovative Genomics Institute, who reviewed the paper, told STAT.

Even though mtDNA represents only a small fraction of the entire human genome, it still plays an essential role. The mitochondria are the cell’s power generators. They produce energy, metabolize cholesterol, and make hormones and neurotransmitters.

There are hundreds to thousands of copies of mtDNA in each cell of the human body. Mutations in mtDNA cause a variety of serious genetic diseases that often affect the cell’s ability to produce energy. If just one of the genes is faulty, the mitochondria can’t perform their crucial functions. They can even affect neurotransmitters or muscles, like the heart, causing death.

Liu and his team have now tried the mtDNA editor on human cells in a lab culture. They were successfully able to reverse mutations that cause MELAS and MDDS — two rare diseases that can affect the brain or cause infant death.

This enzyme’s discovery will also allow researchers to edit the mtDNA of animals to match that of rare genetic diseases, opening up new doors for research and new avenues to finding a cure. 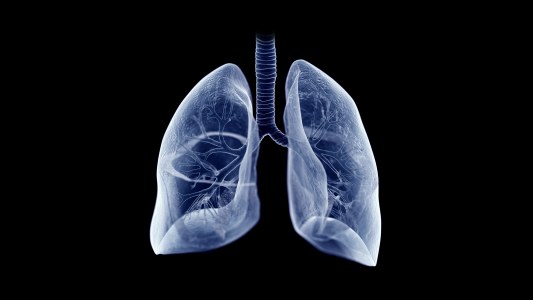 In a remarkable experiment, researchers heal human lungs by connecting them to live pigs. And the pigs are unscathed.

Medicine
Researchers heal human lungs by hooking them up to live pigs
Subscribe to Freethink for more great stories
Subscription Center
Challenges
Video
Freethink
Subscribe
We focus on solutions: the smartest people, the biggest ideas, and the most ground breaking technology shaping our future.
Subscribe