Researchers at the University of Michigan and UC Berkeley have found a new antibody that can halt dengue virus infections in mice, U-M recently announced.

The discovery could lead to a cure or a universal vaccine for the virus, which causes the brutally-named “breakbone” fever.

By binding to a protein generated by the virus, rather than the virus itself, the antibody (dubbed 2B7) provides a new target for treatments or a new dengue vaccine.

Dengue Is a Huge, Growing Problem

The disease burden from dengue fever is immense; the WHO estimates that there are hundreds of millions cases every year, and the virus is a leading cause of death in parts of Latin America and Asia.

Not only that, the burden of dengue has “grown dramatically” over the past couple decades, and the disease is now endemic in over 100 countries worldwide — making a safe, effective dengue vaccine a public health priority.

Dengue is spread by infected Aedes mosquitoes. Mild dengue fever symptoms) include nausea, vomiting, rash, and, of course, the spiking temperature and muscle and joint pain that give it its nickname, “breakbone fever.”

But severe dengue is something else altogether. Vomiting jags, belly pain, fatigue, and irritability can be joined by bleeding at the nose and gums and blood in the stool; at its worst, the disease becomes dengue hemorrhagic fever and can be fatal.

This horrible hockey stick of disease progression is important, because dengue virus has a nasty trick. If you get infected by any of its four strains (called “serotypes,” and creatively named dengue virus 1, 2, 3, and 4), then your next infection by a different strain may be more severe.

The reasons for this are complex, but the gist is this: the antibodies you created to fight dengue 1 could stick incompletely to dengue 2 — essentially disguising it from the immune system and turning it into a Trojan horse.

This phenomenon — which can happen with other viruses, too — is called antibody-dependent enhancement (ADE).

This is a problem for a dengue vaccine. Since the vaccine essentially works by inducing a minor infection, receiving the vaccine can cause ADE.

The only dengue vaccine currently approved, Dengvaxia, uses pieces of all 4 dengue serotypes. Still, its maker, French multinational Sanofi, has warned that dengue-naive people who receive the dengue vaccine are at greater risk of suffering an enhanced infection, so it’s only recommended for people who have already caught dengue.

The new antibody avoids the problems with other dengue vaccines because it doesn’t attach to the virus itself. Instead, it gloms onto a protein created by the virus.

The protein, called NS1, is basically a toxin that breaks apart the connections between the cells protecting your organs — letting the virus inside and causing internal hemorrhaging.

The more NS1 in a patient’s blood, the more likely the infection will be severe.

“This is really an important protein in terms of creating new paradigms regarding how we think about viral proteins and their functions in disease,” UC Berkeley’s Eva Harris, a senior author on the paper, said in the release.

In their study, published in Science, the team identified two locations on NS1 that allowed it to damage cells, and discovered an antibody that physically blocks both of them — and the antibody halted dengue infection in mice with the disease.

By targeting the virus’s free-floating protein instead of the virus itself, a dengue vaccine or treatment promoted antibodies against the toxin could potentially stop the virus from infecting cells — without causing ADE.

Even better, NS1 is also secreted by some of dengue’s nefarious relatives — like West Nile, Zika, and Yellow fever — opening the door to treatments alleviating multiple diseases.

“These findings tell us that we can really have an effect on the virus’s pathogenesis by blocking these sites on just the circulating proteins,” U-M’s Janet Smith said.

“It offers a strategy not only for a therapy to treat an infection, but also for a vaccine to prevent infection.” 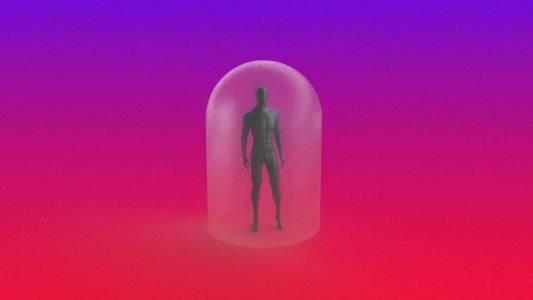 Natural COVID-19 immunity — the kind coronavirus survivors have — is about as robust as the immunity prompted by vaccines.