Why it matters: MRI is a non-invasive way to image soft issues. Unlike some imaging techniques, such as X-rays, which expose patients to radiation, MRI uses magnetic fields and radio waves, so it’s often preferred when patients need to undergo repeated imaging.

“The doses of radiation [from X-rays] accumulate over time and can be harmful, especially to children who are still growing,” said Orlando Simonetti, research director of cardiovascular magnetic resonance at the Ohio State University (OSU).

The challenge: During an MRI, patients typically lie flat inside a tube-shaped scanner. The opening in the tube can be too small to accommodate larger patients, and the confined space can sometimes trigger anxiety and claustrophobia.

Implanted devices, such as pacemakers, can also interfere with an MRI’s magnetic field and distort images, and the air inside the lungs can make getting a clear image of the organs with an MRI difficult.

What’s new? OSU researchers have teamed up with manufacturing company Siemens to develop a new MRI machine — the 0.55T MAGNETOM Free.Max — that overcomes many of its predecessors’ shortcomings.

Instead of the standard opening of 23-27 inches, the new MRI machine has an opening that’s nearly 32 inches wide — the largest to date.

Siemens’ machine also utilizes a much weaker magnetic field than normal: 0.55 Tesla, compared to 1.5 or 3.0 Tesla. According to Simonetti, that should make it easier to obtain clear images of the lungs and in bodies with implants, while also saving money.

“Going to lower field can reduce the cost of MRI systems and installation considerably, and with modern techniques for scanning and image processing, we can overcome the inherent loss of signal,” he said.

The next evolution: The new MRI machine has already been cleared by the FDA, and several hospital systems — including ones operated by OSU and the University of Michigan — have now installed the devices.

“There’s no doubt in my mind that low-field MRI will play an important role in the future and will become more mainstream,” said Simonetti. 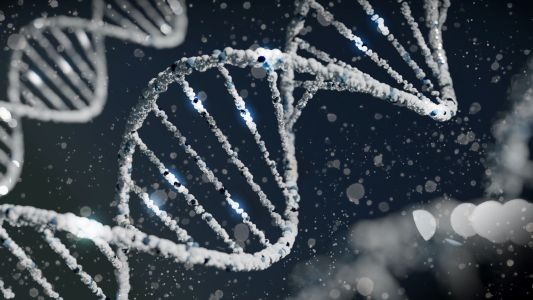 Gene editing may be a treatment for anxiety and alcoholism in adults who were exposed to binge-drinking in their adolescence.