A new bionic pacemaker bested normal heart implants in a recent study — by causing the heart to beat irregularly.

That may sound like a flaw, not a feature. But by matching the pacemaker to the lungs, the heart beat more naturally — dramatically improving blood flow.

The background: Heart failure affects about 6.2 million adults in the U.S. It occurs when the heart is no longer able to pump as much blood as the body needs, and if left untreated, it can damage other organs or lead to death.

Medications can treat the symptoms of heart failure, as can lifestyle changes, such as eating better and exercising more. In severe cases, patients might be fitted with a pacemaker, an implant that electrically stimulates the heart to force it to contract.

The challenge: Pacemakers can improve blood flow, but they can’t make a person’s heart pump like it would if they were healthy.

“Currently, all pacemakers pace the heart metronomically, which means a very steady, even pace,” lead researcher Julian Paton from the University of Auckland said. “But when you record heart rate in a healthy individual, you see it is constantly on the move.”

“If you analyze the frequencies within your heart rate, you find the heart rate is coupled to your breathing,” lead researcher Manaaki Manawa added. “It goes up on inspiration, and it goes down on expiration, and that is a natural phenomenon in all animals and humans.”

The idea: Twelve years ago, Paton was part of a group that investigated heart rate variability and predicted that its purpose was to help the body save energy. That made them wonder if people with heart failure would benefit from bringing back variability.

Paton and his colleagues have now developed a bionic pacemaker that monitors the lungs and detects electrical impulses connected to breathing. It then stimulates the heart based on that information.

The big number: When tested in sheep with heart failure, the bionic pacemaker worked as hoped, restoring the animals’ natural heart rate variability. It was even more effective than pacemakers that triggered a steady heartbeat.

“[W]e get a 20 percent improvement in cardiac output, which is effectively the ability of the heart to pump blood through the body,” study author Rohit Ramchandra said. “And 20 percent is a big number.”

A revolution ahead: A human clinical trial of the bionic pacemaker is expected to kick off in New Zealand this year.

“We typically see improvements in heart function with current pacemakers, but this bionic pacemaker has far exceeded our expectations,” cardiologist Martin Stiles, who will lead the trial, said. “This discovery may revolutionize how heart failure patients are paced in the future.” 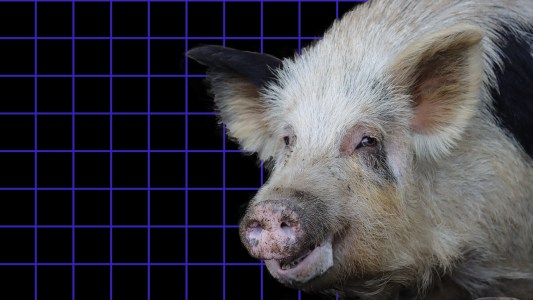 German researchers are breeding a new type of pig that’s been genetically modified to have organs ideal for human transplantation.