Before the end of 2022, German researchers expect to produce a pig that could help save countless lives — because it’ll be genetically engineered to have organs ideal for transplantation into humans.

The challenge: Every day, 17 people on the U.S. transplant waiting list die because the donor organ they needed wasn’t available in time — the demand vastly exceeds the supply of donated human organs.

For over a century, surgeons have tried transplanting body parts from pigs, cows, and non-human primates into people — but almost every attempt has ended with the patient’s body rejecting the organ soon after transplantation.

Every day, 17 people in the U.S. die waiting for a donor organ.

The latest: The tide may be starting to turn, though.

On January 7, 2022, a Maryland man received a heart from a pig that was genetically modified to fit the human immune system. So far, his body appears to be accepting the heart as its own — he’s now undergoing physical therapy to build up his strength enough to regain mobility with the help of a walker.

Later that month, Alabama researchers announced that they’d transplanted two pig kidneys into the body of a brain-dead man, with his family’s blessing. Those kidneys functioned well for three days after transplantation, until the study ended.

Coming soon: The pig heart and kidneys for those transplants were provided by regenerative medicine company Revivicor, which made 10 edits to the animals’ genomes to make their organs less likely to be rejected by a human body.

Researchers at Ludwig-Maximilians University (LMU) in Munich now plan to breed their own line of genetically modified pigs to provide organs for human transplants.

“Our concept is to proceed with a simpler model, namely with five genetic modifications,” Eckhard Wolf, who heads up LMU’s Center for Innovative Medical Models (CiMM), told Reuters.

Wolf’s team expects the first generation of pigs to be born this year. Hearts from the animals will then be tested in baboons, and the team hopes to be ready to seek approval for human clinical trials in two to three years.

The benefits: According to Wolf, by limiting the number of edits made to the pigs, his team should have an easier time documenting the effects of each edit and tracing any problems back to their source.

“At some point, you are in a situation that you have no idea what an additional genetic modification does,” he told MIT Technology Review in 2019.

Wolf also told Freethink that his team is working with a breed of pig whose organs are naturally a better size fit for humans. Revivicor had to knock out a growth gene to prevent its pig heart from growing too large after transplantation.

The big picture: The field is heating up. Revivicor and CiMM aren’t the only groups breeding pigs for transplantation — Massachusetts’ eGenesis is also in the preclinical stage with its engineered pig kidneys, and China’s Qihan Biotech is already transplanting genetically modified pig organs into non-human primates.

Animal organs aren’t the only promising solution to the organ shortage either. Researchers are also exploring ways to grow entirely new organs from patients’ own cells, which could eliminate the need for immunosuppressants and ensure that anyone who needed a new organ could get one. 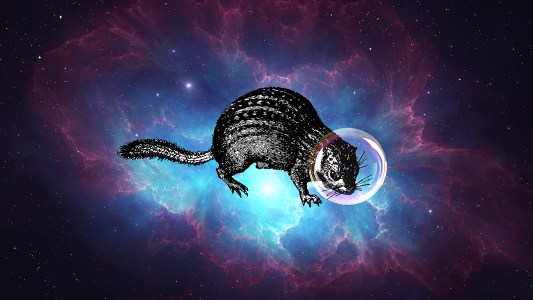 Astronauts lose muscle mass in space. The secret to how ground squirrels keep mass in hibernation may help future space travelers keep their own.