Organ transplant patients must take drugs that suppress their immune systems to avoid their body rejecting the new organ — a regimen that put them at risk from infections even before the pandemic.

Now, scientists have developed a coating for donated organs that minimizes the chance of transplant rejection. So far, it’s only been tested in mice, but it might one day eliminate the need for anti-rejection meds altogether.

Transplant rejection: The immune system’s primary job is to detect and attack foreign invaders in the body.

When those invaders are bacteria and viruses, this prevents us from getting sick, but unfortunately, the immune system sees transplanted organs as foreign and will attack them, too.

About a third of organ transplants end in rejection.

This can lead to transplant rejection, so organ recipients have to take drugs (called immunosuppressants) that suppress their immune system — usually for the rest of their lives.

Why it matters: Immunosuppressants can cause serious side effects and increase the risk of infection.

The drugs aren’t guaranteed to prevent transplant rejection, too — about a third of organ transplants still end in rejection, landing patients right back on the waiting list for a new organ.

A different approach: Instead of weakening the immune system to prevent transplant rejection, researchers from the U.S. and Canada have developed a way to make donated organs fly under the radar.

“Blood vessels in our organs are protected with a coating of special types of sugars that suppress the immune system’s reaction,” researcher Jayachandran Kizhakkedathu from the University of British Columbia said in a press release.

“[B]ut in the process of procuring organs for transplantation,” he continued, “these sugars are damaged and no longer able to transmit their message.”

In other words, the organs become super visible to the immune system.

The researchers invented a synthetic polymer that could replace these sugars, as well as a process for applying it to blood vessels. When transplanted into mice, arteries and kidneys coated in their creation took to the new hosts just fine, even without immunosuppressive drugs.

“We were amazed by the ability of this new technology to prevent rejection in our studies,” researcher Jonathan Choy from Simon Fraser University said. “To be honest, the level of protection was unexpected.”

The next steps: So far, the coating has only been tested in mice, and human trials may still be several years away, according to the researchers.

However, they believe that their coating might be able to prevent transplant rejection in people receiving lungs, hearts, and other organs. If so, recipients might one day have a better shot of keeping their new organs forever without having to trade their immune system in the bargain. 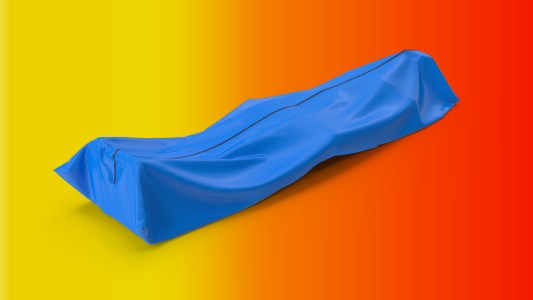