All living things are born into an endless struggle, an arms race that’s been running for potentially billions of years — a battle between hosts and viruses, immune systems and infections.

Bacteria, for one, have been fighting viruses called bacteriophages (or phages) for longer than we can comprehend. And we’ve taken advantage of the weapons each has side evolved — CRISPR gene editing was derived from a bacterial defense mechanism that IDs and destroys phage DNA.

But we can also use phages to fight off our own bacterial infections.

Researchers at Israel’s Weizmann Institute of Science have now turned to phages as a potential therapy for two types of inflammatory bowel disease (IBD), called ulcerative colitis and Crohn’s disease.

Because they only target very specific bacteria, a phage-based therapy may be able to eliminate bacteria associated with inflammatory bowel disease while leaving the rest of our gut ecosystem alone — unlike antibiotics, which indiscriminately kill even helpful bacteria.

“There are thousands of different phages, and their big advantage is that each of them specializes in attacking a different type of bacteria,” head researcher Eran Elinav, a professor in Weizmann’s Systems Immunology Department, said.

“This enabled us to harness phages to target only those gut bacteria that contribute to disease. To our knowledge, this constitutes the first ‘silver bullet’ approach promising a precise suppression of disease-causing gut microbes, without harming the surrounding microbiome.”

What is a bacteriophage? Phages are viruses which have evolved over millennia to infect, replicate in, and often destroy bacteria. They look delightfully alien, resembling odd-ball spider syringes, lunar landers, or metroids.

And there’s a lot of them.

According to Weizmann, there are an estimated 10 billion billion trillion phages on Earth — 10 million times the number of estimated stars in the universe. Researchers have sequenced the complete genome of only a tiny fraction of phage species.

They’ve been tried as therapies for decades, predominantly in former Soviet Bloc countries, but there’s been a recent resurgence in interest in phage therapy. Because they’re so picky, researchers are turning to them as potential superbug slayers, since the viruses can still attack bacteria that have evolved resistance to antibiotics.

And that specificity is key to their potential to treat inflammatory bowel disease, as well.

Phage viruses are highly specialized, allowing them to hit problem bacteria in our gut while leaving other, beneficial bacteria alone.

Viruses vs IBD: Inside of our gut is an entire ecosystem of microbial creatures, called the microbiome. It’s important to human health, but can also contain harmful bacteria that may contribute to inflammatory bowel disease.

But hitting only these harmful bacteria without impacting the rest of the microbiome is currently impossible.

Antibiotic therapies take a “kill ‘em all” approach to microbes, and that can lead to adverse effects, the researcher wrote in their study, published in Cell — including recurring antibiotic resistant infections.

Phages are much more specific — but specificity is a double-edged sword.

It allows researchers to hit only one target while leaving the others alone, a key concern for treating inflammatory bowel disease; it also cuts down on the chances of leaving antibiotic resistance.

To use phages to treat IBD, the Weizmann team needed to first identify a target inside the bustling microbiome for their viral strike team.

“We screened four different cohorts of people and found a bacteria present among people with Crohn’s and ulcerative colitis, Klebsiella pneumoniae, and decided to target it with bacteria phages that don’t harm cells or other bacteria,” Sara Federici, a postdoc fellow and member of the research team, told The Times of Israel.

The team experimentally confirmed the bacteria’s role in inflammatory bowel disease by infecting mouse models of IBD with it, suggesting it was actually responsible for causing worse disease.

After sifting through thousands of kinds of phages, the researchers eventually landed on a five phage cocktail that worked on multiple strains of the Klebsiella  bacteria, including some that are resistant to antibiotics.

Their phage cocktail was effective at killing Klebsiella strains pulled from inflammatory bowel disease patients in a dish, and “significantly reduced” intestinal inflammation, tissue damage, and mortality in mice infected with those strains.

What’s ahead: Dishes and mice, of course, aren’t people — and the gut microbiome is incredibly complicated. A treatment for inflammatory bowel disease will need to go through rigorous clinical trials before it can go through your digestive tract — but that work has already begun.

“Study participants took the phages for six days and there were no adverse reactions,” Federici told the Times of Israel. The phages multiplied in the gut, without causing adverse effects on the broader microbiome.

The study wasn’t intended to assess efficacy, so larger placebo-controlled trials will be needed.

The researchers hope to eventually be able to design custom phage cocktails for a variety of diseases. 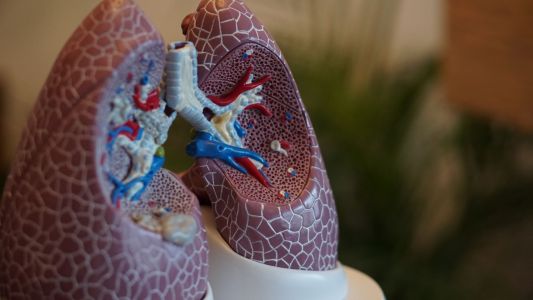 MIT researchers have designed a sensor that can distinguish between viral and bacterial pneumonia infections.