Two pig-to-human heart transplants performed at NYU Langone Health show we may be close to a future in which animals help end the organ shortage — and the deaths caused by it.

Pig-to-human heart transplant: Every day, 17 people die in the US while waiting for an organ transplant — the supply of available organs simply doesn’t meet the demand.

If we could transplant organs from animals into people, we could end this shortage, but experiments with cross-species transplants (“xenotransplants”) have been largely unsuccessful — until recently.

Ten edits were made to the pig’s genome to make its heart more human-like and less likely to be rejected.

Revivicor, the German company that supplied the pig heart, made 10 edits to the animal’s genome to make the heart more human-like and less likely to be rejected — a move that almost certainly explains the surgery’s relative success compared to previous xenotransplants.

Bennett died two months after the transplant, but probably because of a virus that went undetected inside the heart, not due to the immune system rejecting the organ.

What’s new? NYU Langone Health has now announced that it performed a pig-to-human heart transplant on a man named Lawrence Kelly in mid-June, followed by another on a woman named ​​Alva Capuano in early-July.

Revivicor’s pig hearts were again used for both surgeries, but unlike Bennett, these recipients were brain dead and on life support — their families agreed to donate their loved ones’ bodies for the surgeries.

Kelly and Capuano were given standard post-transplant medications following their surgeries, and the hearts were monitored for three days before the patients were taken off life support. In both cases, the hearts functioned normally, and doctors reported no signs of early rejection.

​​“The heart was literally banging away,” said surgeon Nader Moazami. “It was contracting completely normally. We learned a tremendous amount.”

Better every time: Going from a pig-to-human heart transplant in a living person to transplants in patients who’ve passed away may seem like a step backwards, but these surgeries are an important part of making xenotransplants a viable option.

After Bennett’s death, researchers discovered that his new heart was harboring the pig virus porcine cytomegalovirus (pCMV). They couldn’t say for sure that this led to his death, but the human form of CMV is a common cause of organ transplant failure.

Learning from that experience, the surgeries carried out at NYU incorporated new protocols designed to monitor for pCMV and another pig virus (porcine endogenous retrovirus).

“We have included that additional screening in this heart transplant protocol to give the organ the best chance at long-term survival,” said Robert Montgomery, director of NYU Langone’s Transplant Institute.

The FDA is now reportedly close to greenlighting clinical trials using pig organs. Those trials are the key to making animal organs available to anyone who needs them — and the lessons learned from NYU’s surgeries could help ensure their success.

“It’s all about going into the first living human trials with as much data as we can possibly have and make it as safe as possible — and effective,” said Montgomery. 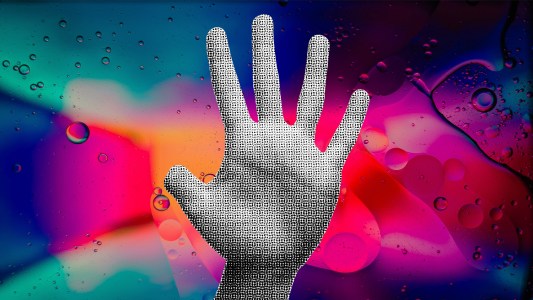 Human limb regeneration is closer to reality thanks to new studies that refine our understanding of what mammals need to regrow body parts.

Biology
New discoveries are rewriting the rulebook for regenerating limbs
Subscribe to Freethink for more great stories
Subscription Center
Sections
Video
Freethink
Subscribe
We focus on solutions: the smartest people, the biggest ideas, and the most ground breaking technology shaping our future.
Subscribe