A meta-study of placebo effect research has revealed a link between the phenomenon — where people feel better or improve even without an active treatment — and an experimental depression treatment. The discovery could help us harness the effect to treat mental health conditions.

The placebo effect: The belief that you’re receiving a treatment for a health issue can sometimes be enough to alleviate your symptoms — even if the pill you took or the therapy you received has no known medical value.

That’s called the “placebo effect,” and researchers need to account for it when conducting trials of new medications and therapies.

To do that, they typically give some participants a fake medication or treatment and others the real thing. If people in both groups respond equally well, they know it’s the placebo effect and not the treatment that’s helping them.

It’s hard to tell if people with depression are benefiting from brain stimulation or just experiencing the placebo effect.

The challenge: Every year, an estimated 2.8 million U.S. adults experience treatment-resistant depression, meaning their depression failed to respond to at least two antidepressants.

Recent studies have shown that stimulating the brain with magnetic fields or electrical impulses can help many people with treatment-resistant depression, but those studies often show a large effect in the control groups, too.

That’s made it hard for researchers to know whether people are actually benefiting from the brain stimulation or just experiencing the placebo effect.

They believe researchers need to take this overlap into consideration when interpreting the result of brain stimulation studies. They are now exploring ways to design trials that could “disentangle” the placebo effect from the effect of the stimulation.

The bigger picture: The researchers also see potential for doctors to trigger the neurological circuits behind the placebo effect by activating the areas of the brain identified by their research.

“We think this is an important starting point for understanding the placebo effect in general, and learning how to modulate and harness it, including using it as a potential therapeutic tool by intentionally activating brain regions of the placebo network to elicit positive effects on symptoms,” senior author Emiliano Santarnecchi said. 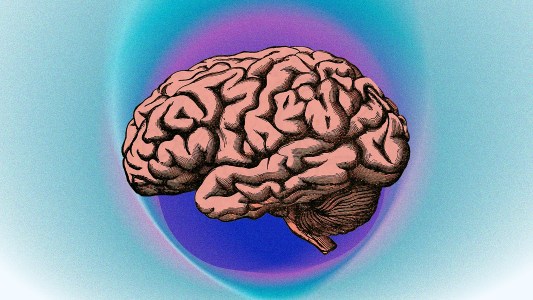