A new antidepressant appears to provide faster relief to people suffering major depressive disorder (MDD), according to a new study. If approved by the FDA, the drug could be combined with standard treatments in the short term to quickly reduce patients’ symptoms and stabilize their mental health.

Why it matters: MDD is one of the most common mental disorders in the U.S., affecting more than 8% of adults every year.

Though symptoms vary, people with MDD often experience persistent feelings of sadness, hopelessness, or anxiety, which can affect their quality of life and ability to work, go to school, or maintain relationships. In severe cases, people with MDD are at risk of suicide.

Antidepressants often take 4 to 6 weeks to work, and the first one a patient tries usually isn’t helpful.

The challenge: While there is no cure for MDD, the right medications can alleviate symptoms for many patients. There are dozens of approved antidepressants in the U.S., but the most common way to find one that works is through trial and error.

However, these medications often take 4 to 6 weeks to work, which means patients often need to live with their MDD symptoms for a month or more after starting a treatment to see if it helps. About two-thirds still won’t feel better after two months and will have to start the process over with a new med.

In a phase 3 trial, researchers used a survey called the Hamilton Rating Scale for Depression (HAMD-17) to determine the baseline depression levels of more than 400 people experiencing MDD with elevated anxiety.

Half of those people received a standard antidepressant plus zuranolone daily for 14 days, while the other half received the standard treatment and a placebo.

“These positive results […] indicate that zuranolone co-initiated with standard of care may offer more rapid relief from depressive symptoms than current standard of care taken alone,” said Priya Singhal, head of global safety and regulatory sciences and interim head of R&D at Biogen.

Waning impact: The size of the improvement offered by the new antidepressant was helpful but not huge, and by day 15, the average decrease in the zuranolone group was not statistically significantly different from the control group.

This backs up the results of previous studies that suggest the new antidepressant doesn’t have a durable effect.

Still, if approved by regulators, zuranolone could potentially be administered as an add-on medication that helps people with MDD feel better sooner than if they were relying on standard treatment alone.

The big picture: Encouragingly, there are several innovative approaches being taken towards treating MDD.

Still others are exploring ways to take some of the guesswork out of finding an effective depression treatment on the first try by developing AIs to analyze brain scans and blood tests to identify useful biomarkers. 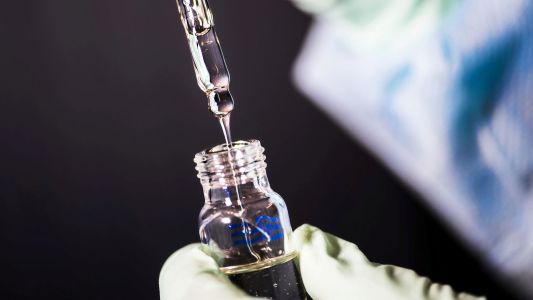 It’s disappointing when the years of effort and resources spent to push a drug candidate to patients so often lead to failure.