For people with depression, finding a medication that alleviates their symptoms is largely a process of trial and error — the majority will need to try several antidepressants before they find one that works.

That might not be the case for long, though, as researchers are hopeful that artificial intelligence might be able to take some of the guesswork out of identifying an effective depression treatment on the first try.

Currently, depression is diagnosed by a survey — commonly, the Hamilton Depression Rating Scale (HDRS) — which quantifies the severity of the illness in patients.

This method sums up the patient’s total depression into a single score based on how they answer questions about their symptoms. However, two patients with the same HDRS scores could have very different symptoms.

Brain scans could help doctors predict the effect of antidepressants.

“We know that depression is very heterogenous, and that there are at least 1,000 unique combinations of symptoms that can be diagnosed as depression,” Leanne Williams, a Stanford professor of psychiatry, said in a press release.

The subjective nature of the diagnostic survey contributes to the trial and error process of finding the right depression treatment for a specific individual.

To that end, researchers at Stanford University set out to develop a more effective method.

In a recent study, the Stanford researchers trained an algorithm to predict the extent to which a patient’s individual symptoms would improve with antidepressants based on their HDRS scores and brainwaves.

Predicting the effect of antidepressants on individual symptoms — and not treating their depression as a single, unidimensional condition — could lead to a more effective treatment path, according to the researchers.

The algorithm received EEG data and HDRS scores (prior to treatment) of 518 people who had been diagnosed with depression. The patients then underwent 8 weeks of treatment — randomized with one of three different antidepressants.

Patients no longer have to endure the painful process of trial and error.

“We’ve found that brainwave measurements can be used to help identify which particular symptoms change with antidepressant treatment and which do not,” Williams, who was involved in the study, said.

The team wrote that patient’s initial HDRS scores were the most important predictor of how their individual symptoms would respond to a depression treatment.

However, combining those scores with the EEG data improved their AI’s predictions, particularly for four of the symptoms: loss of insight, energy loss, appetite changes, and psychomotor retardation (the slowing down of thought and a reduction of physical movements).

The findings will need to be verified through clinical trials, the researchers wrote, but they suggest that EEG data could be useful for helping predict how an antidepressant drug will affect a patient’s particular symptoms before they begin the trial and error process.

Looking for Guidance in Brain Scans

The Stanford team isn’t the first to explore the potential use of AI to help identify an effective depression treatment.

In February, a University of Texas Southwest-led team published a study in the journal Nature Biotechnology detailing the creation of its own EEG-analyzing AI, this one designed to predict whether a patient was likely to benefit from the commonly prescribed antidepressant Zoloft.

That study found that 65% of participants with a certain brainwave pattern were likely to respond favorably to the drug, meaning it could be worthwhile for doctors to look for that pattern before deciding between Zoloft or another depression treatment.

The Israeli brain-tech startup elminda is also developing BNA-PREDICT, a platform that analyzes brain scans to predict whether a patient will respond to antidepressants.

While all of this research is still in the early stages, it points toward a future in which doctors will have concrete data to guide their decisions about mental health — a development that could tremendously benefit patients.

“It can be devastating for a patient when an antidepressant doesn’t work,” UT Southwest researcher Madhukar Trivedi said in a press release. “Our research is showing that they no longer have to endure the painful process of trial and error.” 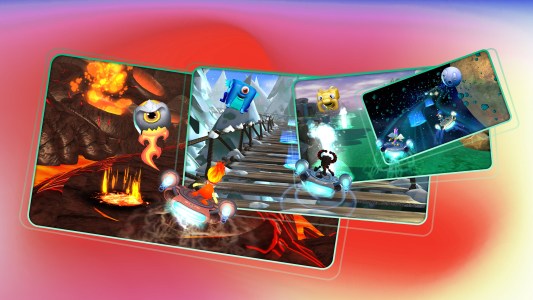 With its FDA approval, EndeavorRx may mark the beginning of prescription video games for kids with ADHD and other mental health disorders.

Mental Health
Prescription video games for kids with ADHD could be on the horizon
Subscribe to Freethink for more great stories
Subscription Center
Challenges
Video
Freethink
Subscribe
We focus on solutions: the smartest people, the biggest ideas, and the most ground breaking technology shaping our future.
Subscribe