Psychedelic therapy could bring the ancient healing powers of drugs like DMT into mental health clinics.

Up Next
Now Playing
The science behind your crazy pandemic dreams
4:40 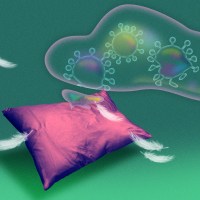 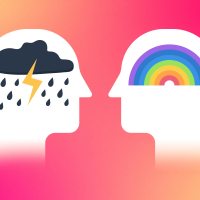 Now Playing
Facing the fear of death in virtual reality
7:09 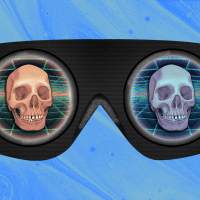 Psychedelic therapy is slowly but surely inching its way toward mainstream medicine. Since the U.S. and other nations began easing regulations on psychedelic research in the 2000s, studies have shown that drugs like psilocybin and LSD seem effective at treating conditions like addiction, anxiety, and depression.

Now, a U.K.-based neuropharmaceutical company — Small Pharma — is conducting the world’s first clinical trials exploring whether DMT can treat major depressive disorder. The research could transform how mental health professionals approach therapy, shifting the focus away from SSRIs and toward the healing powers of psychedelic experiences.

“DMT-assisted psychotherapy could actually be one of the best treatments ever,” Dr. Carol Routledge, chief medical and scientific officer at Small Pharma, told Freethink. “I really, really genuinely believe that, and I don’t say that lightly.”

Psychedelic therapy is a pioneering field. But in some ways, the field’s recent findings can be viewed as ancient knowledge rediscovered.

The interesting origins of psychedelic therapy

In South America and Africa, native tribes have ingested psychedelics as part of religious practices for millennia. Research suggests the history of hallucinogen use stretches back to 1,000 B.C., possibly much earlier.

The shamans who administered these substances seemed to be experts in psychedelic botanology, able to identify and combine various barks, vines, and leaves to create powerful hallucinogenic concoctions, like ayahuasca, whose main psychoactive component is DMT.

For the natives who consumed psychedelics, the line between spiritual practice and medicine was blurry. Most seemed to view the plants not merely as drugs but as entities to consult, or portals to another dimension. “They carry you there where God is,” tribespeople in the southern Mexican mountains told the author Robert Gordon Wasson in the 1950s.

The 20th century brought psychedelics into the scientific realm. In the decades after Albert Hofmann first experimented with LSD in 1943, researchers conducted hundreds of studies exploring the therapeutic potential of psychedelics. By the 1960s, it’s estimated that tens of thousands of people took drugs like LSD and psilocybin as part of psychedelic therapy and research.

The experiences reported in the early days of psychedelic research sometimes had the same religious overtones that natives had long described. In one of the first experiments involving DMT in 1958, a 27-year-old female participant reported:

“The whistling has stopped; I have arrived. In front of me are two quiet, sunlit Gods. They gaze at me and nod in a friendly manner. I think they are welcoming me into this new world.”

The results of early psychedelic research were promising. A 2016 meta-analysis of 19 studies that used psychedelics to treat mood disorders between 1949 and 1973 found that 79% of participants showed “clinically judged improvement.”

But amid tectonic shifts in culture and medicine in the mid-20th century, psychedelics began to take on a suspicious New Age veneer in the public consciousness. It didn’t help that the drugs weren’t always researched or consumed responsibly.

By the 1960s, LSD had become popular in the American counterculture movement, thanks in part to figures like the psychologist-turned-guru Timothy Leary who once said, “To learn how to use your head, you have to go out of your mind.”

“To learn how to use your head, you have to go out of your mind.”

The media often covered psychedelics from a sensationalistic perspective. This frustrated some psychedelic researchers, partly because people were suddenly hesitant to participate in experiments. In 1968, Charles C. Dahlberg, an American doctor who received a grant from the National Institute of Mental Health to study LSD, wrote:

The U.S. made it illegal to possess LSD in 1968. In 1970, Congress passed the Controlled Substances Act, which classified psychedelics as having “no recognized medicinal value.” The United Nations also passed a treaty banning psychedelics in 1971. Facing tougher restrictions and dwindling funding, global psychedelic research slowed to a crawl.

But in the 2000s, the field revived in part because emerging brain-imaging technologies allowed scientists to study psychedelics from a new angle. In 2014, the editors of Scientific American published the op-ed, End the Ban on Psychoactive Drug Research, which argued that: “new thinking is desperately needed to aid the estimated 14 million American adults who suffer from severe mental illness.”

Today, psychedelics remain controlled substances under federal law. But the U.S. Food and Drug Administration has been approving more psychedelic research in recent years, as privately funded studies steadily show the drugs may treat some mental illnesses more effectively than conventional medicine. In some cases, a single dose of a psychedelic can generate months-long therapeutic benefits.

Compared to LSD, MDMA, and psilocybin, DMT and its potential in psychedelic therapy remain little understood. But early data suggests that the world’s most powerful hallucinogen may also have outsized effects on depression.

What is DMT? Medically known as N, N-dimethyltryptamine, DMT is a naturally occurring chemical found in many plants and animals. Humans also produce DMT in the brain. Like all tryptamine drugs, DMT acts on the brain’s serotonin receptors, which causes strong emotional and perceptual changes.

Unlike other hallucinogenic drugs though, DMT delivers intense psychedelic experiences within seconds of ingestion and the effects last only a few minutes. People who ingest DMT don’t develop a tolerance, and the drug’s psychological effects don’t diminish with repeated dosing.

As far as DMT’s effects — “It’s an experience that exists outside of our everyday perceptual understanding of reality,” Dr. Chloe Sakal, a psychiatrist based in the U.K., said. “It’s like experiencing the fifth dimension, but then only having four dimensions to describe it in.”

In 2019, Dr. Sakal participated as a volunteer in a study that examined DMT’s effects on the brain. She was injected with DMT as researchers recorded her brain activity with EEG and MRI. Seconds later, she was “in a completely different place.”

“I no longer knew I was in an MRI scanner,” she said. “My entire reality was very different — really colorful, really vibrant. And I couldn’t even remember that I was in a study. I was in a different dimension.”

Dr. Sakal was soon surrounded by six or seven sentient beings. She recalls them as beautiful, all-knowing, and humanlike but not quite human. They didn’t speak to her vocally, but she interpreted from these beings a message that everything was okay and that humans need not fear death.

Some trip reports sound like the drugs put people in touch with an inner therapist, tucked away in the psyche.

“It felt like I had been reunited with everything, like I was complete again,” she said. “It felt like time had stopped and I was there for an eternity.” Yet, she had only been in the MRI for 10 minutes.

Weeks later, Dr. Sakal was injected for a second time with DMT in another part of the study. Again, she found herself in the presence of sentient beings, but this time they communicated “a suggestion that I could potentially control my reality better” by deliberately choosing what to focus on in life.

Small Pharma’s clinical trials aim to find out whether experiences like these can treat depression. The first phase, which began in February, aims to explore the effects of DMT-assisted therapy on healthy volunteers who have never consumed psychedelics. The second phase will do the same, but with patients suffering from major depressive disorder.

The DMT therapy process will be more comfortable than Dr. Sakal’s experience in the MRI. It starts with patients undergoing multiple preparation sessions with a therapist, where they discuss the goals of the treatment. Patients then receive an intravenous dose of DMT while lying on a bed and listening to preselected music with two therapists nearby. The sessions last about an hour.

“Following the DMT dosing session, patients are encouraged to discuss their experiences with the therapist,” Small Pharma’s website says. “These sessions encourage patients to integrate insights from the session with an intention to guide breaking away from challenging emotional and behavioural patterns.”

DMT delivers intense psychedelic experiences within seconds of ingestion and the effects last only a few minutes.

DMT could be a powerful treatment for depression because although conventional treatments help stabilize mood, they don’t fix the underlying psychological issues that can contribute to depression. SSRIs also fail to help roughly one-third of the patients who take them. Psychedelics are fundamentally different. Their healing powers seem to lie not only in chemistry, but also in their ability to generate profound experiences that can have long-lasting psychological benefits.

Take Dr. Sakal’s experiences. She walked away from the DMT trials with two key messages: we shouldn’t fear death, and we can control how we choose to perceive our lives. Psychedelics seem to help people shift their perspectives; some trip reports sound like the drugs put people in touch with an inner therapist, tucked away in the psyche.

“Often in mental illness, people get very stuck in rigid thought. They get stuck with a very negative perception of the world and they ruminate about very difficult persecutory things,” Dr. Sakal said. “But when you take psychedelics, it takes you out of that and it offers you a new way of looking at the world.”

But the benefits of DMT aren’t only experiential. The 2019 brain imaging study that Dr. Sakal participated in was led by Dr. Chris Timmermann, a neuropharmacologist and leading DMT researcher who’s collaborating with Small Pharma in the ongoing clinical trials. His work shows that the brain-wave patterns that emerge during DMT trips resemble those of the dreaming state, and that the drug seems to give rise to radically new kinds of connectivity in the brain.

“The brain becomes diverse, and it becomes diverse and unique in a novel way, in a creative way,” he told Freethink. That’s one of the reasons why Dr. Routledge thinks DMT may effectively “reset” the depressed brain.

Conventional treatments help stabilize mood, but they don’t fix the underlying psychological issues that can contribute to depression.

While other psychedelics have similar effects, DMT seems uniquely suited for psychedelic-assisted therapy for three main reasons. For one, its effects only last about five to 20 minutes, unlike other psychedelics that can last more than eight hours. The benefits of DMT also don’t diminish with repeated dosing. And because DMT is naturally produced in our brains, scientists have a relatively high degree of confidence that it’s safe to consume under the right circumstances.

Still, more research needs to be conducted on DMT’s use in psychedelic therapy if it’s ever going to become a viable treatment for depression. Small Pharma’s clinical trials could pave the way. DMT-assisted therapy could treat depression through a radically new approach, one that brings the ancient healing powers of the world’s most powerful psychedelic into the clinic.