Research into the therapeutic potential of psilocybin mushrooms, like Psilocybe cubensis, is hitting the mainstream. The center of gravity for psilocybin has shifted from hippie communes and people with clay fungus charms to prestigious scientists and institutions like Johns Hopkins.

But guaranteeing the quality and consistency of the magic mushroom drug — a crucial step for real scientific research — has been a challenge.

Bio-based production of psilocybin has already been done in E.coli bacteria. According to Octarine’s press release, the method has some issues, though. An enzyme that is key to producing the psilocybin molecule is missing in the bacteria. Fixing the issue is expensive, making the process too costly to do on a large scale.

Octarine’s technique uses our beer buddies to create the psilocybin molecule found in Psilocybe cubensis — the bone-white psilocybin mushrooms with the toasted-marshmallow colored caps, familiar to folks in the know.

Beer yeast has a long history of commercial use; combine that with its close relation to Psilocybe cubensis, and it’s a promising way to create psilocybin at scale.

The genetic material that Psilocybe cubensis uses to create the psilocybin molecule is optimized to be expressed in the beer yeast and then inserted into the yeast’s genome, Octarine co-founder and chief science officer Nick Milne told Technology Networks.

An amino acid called tryptophan — most famous for Thanksgiving dinner — is also an important part of the process, so the beer yeast is additionally modified to produce more of it than usual.

“This is actually a really important aspect of metabolic engineering,” says Milne. “(T)hese days it’s usually relatively straightforward to engineer an organism to produce a foreign molecule, but getting the organism to produce enough of the molecule to be commercially relevant is a key challenge in the field.”

Beer yeast has a long history of commercial use; combine that with its close relation to Psilocybe cubensis, and it’s a promising way to create psilocybin at scale.

There’s still a big challenge, Octarine admits in its press release. A group of amino acids on the psilocybin molecule is getting cleaved in the process. “Essentially, we are losing half of our product because the phosphate (amino acid) group falls off,” Milne said, so more metabolic engineering will be needed to solve the problem.

Research into psilocybin therapy for depression, addiction, and other mental health disorders has been in something of a renaissance recently, and mastering synthesis of it would be a big help.

As the psilocybin molecule continues its path from illegal drug to legal medication, processes like Octarine’s beer yeast method may help it along the way — after all, you gotta have a good hook up. 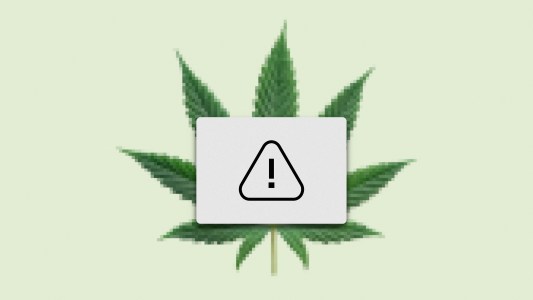 The first casualty of war is truth, and that applies to the war on drugs. Some are fighting back with harm reduction and drug education, yet they’re facing opposition from an unexpected source.