Each year, 600 million people worldwide are sickened and 420,000 die needlessly due to foodborne illness — almost a third of those, the WHO estimates, are children under 5.

Even in the US, contaminated food presents a huge public health problem, according to Ali Demirci, professor of agricultural and biological engineering at Penn State. Despite advances in food sanitization and regulatory oversight, millions of Americans are sickened, and hundreds killed, by food poisoning every year.

“Any improvements to prevent illness or save lives would be the best outcome of this research,” Demirci said. “We want to reduce the number of foodborne disease fatalities to zero.”

A light touch: In their study, published in the tastily-titled Journal of Food Engineering, the researchers found that targeted pulses of broad spectrum light caused a germicidal response in bacteria and bacterial spores, with UV light doing the lion’s share of the damage, although how much varied by pathogen.

“These results indicate that microbial sensitivity to pulsed light treatment differs for species and is predominantly attributed to the ultraviolet portion of the spectrum,” the researchers wrote.

The food industry is no stranger to UV light. According to study researcher and associate professor of meat science Ed Mills, UV has been used for food sanitation in meat aging facilities since the 1960s.

Traditionally, this was achieved via low-intensity UV light administered for long periods of time.

“This is a completely different system,” Mills said. “We are using pulsed light instead of continuous light, which takes advantage of the stored energy in a pulse, so we can deliver more power in less time.”

Demirci compares the destructive potential of pulsed light to water pent up behind a river dam.

“You open the floodgates and there is a flash of energy,” Demirci said. “That’s what we’re doing with light.”

The researchers found that targeted pulses of broad spectrum light caused bacteria and bacterial spores to die, with UV light doing the lion’s share of the damage.

Pulsed light was able to kill a variety of foodborne pathogens responsible for making us sick, including gram-negative and gram-positive bacteria, as well as bacterial spores.

In addition to figuring out that UV light did most of the damage, the researchers also defined the spectrum and energy characteristics of the pulses, which could help offset the need for chemical food sanitization.

“Pulsed light is another tool in the toolbox,” researcher Josh Cassar, a food safety consultant and former doctoral candidate in animal science, said.

“When used in an appropriate setting, it can offset a chemical sanitizer or a water-based disinfectant. As with any novel technology, it will continue to develop and hopefully will provide us with an effective and efficient tool for sanitation in a range of environments and industries.”

Applying it: The food sanitation technique is designed to be used on food conveyors, with pulsed light hitting the products as they pass by, and designing something that could be adopted for use was an important angle for the team, which hopes to bring the pulsed light tech to the food sector soon.

“I returned to Penn State for graduate school after working for a poultry processor, so for me the research was very applied; we desired to bring this technique to market,” Cassar said.

“In terms of implementing the technology, we have continued to collaborate with corporate partners to integrate this technique into their facilities.” 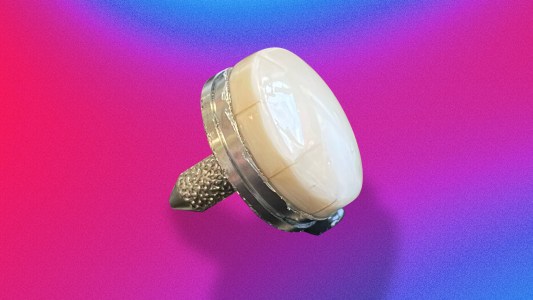 Using a heating process, Duke researchers have created a synthetic cartilage hydrogel that can outperform the real thing.

Medicine
Synthetic cartilage is now stronger than the real stuff
By B. David Zarley
Subscribe to Freethink for more great stories
Subscription Center
Sections
Video
Freethink
Subscribe
We focus on solutions: the smartest people, the biggest ideas, and the most ground breaking technology shaping our future.
Subscribe