Here’s a general update to what we know about the coronavirus, compared to where we stood in March and April. There are lots of reasons to be increasingly optimistic, as we’ve learned more about the virus and developed new treatments, tests, and vaccines to fight it.

This is not a prediction about the future or how bad the winter will be — and the news is not all good. The world is considerably worse than it was before January, and the pandemic remains a serious threat. But, on net, things are looking up, relative to the darkest months of the pandemic.

So far, in most places, the coronavirus appears to be less deadly than initially projected.

In March, Imperial College modelers were using an average infection fatality rate (IFR) of 0.9%, while NIAID’s Anthony Fauci anticipated a fatality rate of about 1% — roughly 10 times worse than seasonal flu.

Today, most places seem to be lower than that. A meta-analysis of IFR estimates (currently cited as the CDC’s “best estimate”) puts the average fatality rate at 0.68%, with a range from 0.5-0.8%.

However, there is still huge variation across studies and locations. Some places (such as New York and Spain) appear to have much higher fatality rates, while other cities appear to be much lower (Los Angeles and Delhi).

A lot of this variation probably comes from the demographics of who was infected, since younger and healthier people have much higher survival rates. Of course, where IFR ends up also depends on who gets infected next — and how good their treatment is. Speaking of which:

We now have at least three effective (or at least plausible) treatments.

Dexamethasone is a cheap, widely available steroid that appears to reduce the immune overreaction (called a cytokine storm) that kills many covid patients.

In the U.K., in a randomized trial, the drug cut the risk of death for patients on ventilators or oxygen by 25-30% — but it did no good, and perhaps some harm, for patients at milder stages of the disease. (As you’d expect, since it is depressing the immune system). A back-of-the-envelope estimate found it could have prevented about 5,000 of the U.K.’s 41,000 COVID-19 deaths, or about 12%, if it had been widely used.

The antiviral drug remdesivir, which aims to slow down the virus’s reproduction, appears to be effective at earlier stages — reducing patients’ recovery times by 31% in one randomized study — but had no benefit at more severe stages. Unfortunately, the drug is in short supply, and it has to be delivered through an IV, so it’s hard to get to people before they have a severe illness.

Convalescent plasma (antibodies taken from recovered patients) also appears to be helpful when given rapidly: in a recent study, plasma transfusions cut the 7-day fatality risk by about 25% when given within 3 days of diagnosis compared to 4+ days. There was no placebo group, unfortunately, so it’s hard to interpret how good it was in absolute terms. And distribution has similar problems to remdesivir: limited supply, IV infusion.

There are a handful of other potential treatments that are worth keeping an eye on: artificial antibodies, llama antibodies (yes, really), and radiation (really, really!). Another bit of good news: We also don’t need as many ventilators as we thought because they were being overused on covid patients early on.

It is now clear that the widely-cited 20% hospitalization rate that was being thrown around early in the pandemic — based on incomplete data from China — was a wild over-estimate. Even the more modest 4.4% hospitalization rate used by the Imperial College modelers in March now appears a bit too high.

In the U.S., the CDC estimates there have been about 455,000 cumulative hospitalizations for covid so far, compared to a bit over 5 million confirmed cases. That’s a rate of about 9%, but that doesn’t include unrecorded infections.

Most antibody studies have found several times as many infections as confirmed cases (with considerable variation), so it’s likely that the true hospitalization rate has been in the low single digits, so far.

Hard-hit New York City, for example, had over 56,000 hospitalizations, while 20% of the city was infected, according to state antibody surveys. That implies a hospitalization rate of about 3.4%. Other places are likely considerably lower.

This is by far the best news we’ve learned so far. All of the worst-case scenarios projected in March involved hospitals being rapidly overwhelmed, resulting in even more deaths from other causes as the healthcare system crumbled.

While a few places around the country have hit hospital capacity, we’ve also seen demand for other hospital services decline as hospitals fill up with covid infections — dynamically increasing the supply of beds. Even in New York, hospitals did not fall apart, and the hastily-built field hospitals and Navy medical ships were not needed.

With the pace of infections we have seen in the first two waves, we’re unlikely to see healthcare systems literally overwhelmed as they were in Italy and Wuhan. The decline in other healthcare services is worrying, but we’ll have to wait and see what the impact is of delays in screening and skipped treatments.

There has been amazing progress on vaccines, way faster than anyone expected. There are almost 200 vaccines in development, and seven vaccines are now in the final Phase 3 stage of clinical testing.

Even setting aside the overhyped Russian vaccine approval, the smart money says we will very likely have one or more vaccines by the end of the year.

It’s not clear how effective they’ll be — the FDA has set the bar for efficacy at just 50% — or how miserable the side effects will be (just because an adverse reaction is not “severe” doesn’t mean it’s not bad).

But there will be something, and that’s huge.

Estimates for the herd immunity threshold — the level of immunity where the virus can’t easily spread anymore — have been all over the map, ranging from 40-70%, since February. This figure matters because how many people will ultimately get infected determines (along with the fatality rate) how many will die.

The good news is, among the cities most severely hit by the first wave, few if any have seen a second wave, so far — and the worst epidemics appear to have topped out around 20% infected (as in New York) or 33% (Guayaquil, Ecuador).

There is also increasing evidence that T cells left over from common cold coronavirus infections may be helping prevent severe illness, which may also help reduce the spread and lower the herd immunity threshold. (It’s complicated: if you have a severe infection, you may shed more virus; on the other hand, if you have a mild case, you may go around and infect others unwittingly.)

However, data from prisons, where up to 90% of inmates were infected, and on ships, with up to 60% of passengers infected, still convinces me that basically everyone is susceptible to infection. T cells appear to provide protection from severe illness, but not necessarily outright immunity.

Another bit of good news here: there have been no major outbreaks linked to outdoor exposure in the U.S. — and few if any worldwide — despite many opportunities (like weeks of street protests). Skip the bars, go to the beach.

The bad news is that, at least for some people, antibodies seem to fade fairly quickly. But we don’t know how common this is or how it impacts immunity, so don’t freak out. Your ability to rapidly produce antibodies matters more than having them on hand, and you’ll probably still have T cells and B cells leftover that remember how to make them. (Also good news: vaccines tested so far also create T cells, not just antibodies.)

The final point to remember (although this is not new information) is that herd immunity is not just about the virus or our immune systems: herd immunity is relative to our own  behavior. If we are social distancing, wearing masks, and self-isolating when we get sick, the threshold for stopping the pandemic is lower. If we go out and cough in each other’s faces, it’ll go up.

The good news is that we have majorly improved our testing capabilities compared to March and April. We are now running nearly 750,000 tests per day.

The bad news is that the results of the standard PCR tests, which look for genetic material, take forever to actually get back to people. Usually, the results are too late to actually tell people whether or not they need to quarantine, and that erases the benefit of their greater sensitivity compared to rapid tests.

Fortunately, there have been amazing scientific breakthroughs to make testing faster, more convenient, and less painful (albeit somewhat less accurate).

The bad news is that the FDA continues to drag its feet on many cheap rapid tests and home tests, which could be game-changers for stopping the spread.

One last update: the long-term health effects of COVID-19. Death is the worst outcome of the disease, but it’s far from the only serious or lasting impact.

Hundreds of thousands of people have been put in the hospital by coronavirus, and the CDC estimates that people under age 65 make up 60% of hospitalizations with covid (compared to just 20% of deaths).

Even after recovery, many of these patients report symptoms persisting months after discharge. A survey of 143 patients discharged in Italy found that 87% reported lingering symptoms, such as fatigue, joint and chest pain, or coughing, up to two months later.

It’s too early to say how common such problems will be or how long they will last. The studies done so far are necessarily limited to just a couple months of followup, and they tend to be selected from hospitalized patients who had the most severe illnesses.

It seems likely that the 30-40% of cases that are fully asymptomatic will not have major complications, while some of the 3% or so who were hospitalized may still suffer from impaired lung function or other organ damage. The majority of cases — symptomatic but not severe — may be in the middle.

Followup studies done on SARS patients, a disease similar to severe COVID-19, found that its lung damage did eventually heal. But COVID-19 is a weird disease, and it has become stranger as we’ve learned more about it. It may enter through the lungs, but it also can cause blood clots and strokes, as well as kidney, nerve, and multiple organ damage.

All of this points to the need for updating our beliefs as new data come in, as well as caution in drawing conclusions or holding them too strongly as the evidence changes. 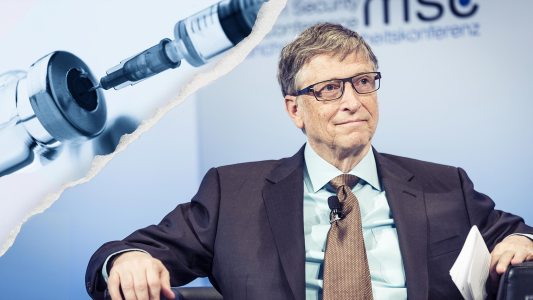 The Gates Foundation is spending $150 million to help with the manufacturing and distribution of a $3 coronavirus vaccine in lower-income nations.