An estimated 50 million people, mostly seniors, currently have dementia — an incurable syndrome characterized by memory loss, confusion, and a decline in cognition. Now, a handful of those people are living in “dementia villages,” where staff members use reminiscence therapy to help them return to a time when they felt happy and safe.

For people suffering from severe dementia, the world can be a scary and confusing place. Just imagine how terrifying it would be to find yourself lost in your own home, or to have everyone around you keep insisting that a person you don’t recognize is your own child.

Living with dementia can also be dangerous — a person with a severe case might wander away from their home, leave the stove on and cause a fire, or accidentally take too much of a prescribed medication.

For those reasons, the safest place for a person with severe dementia is often in a nursing home, a hospital-like facility where doctors, nurses, and other staff members can deliver around-the-clock care.

In recent years, though, a new care format has cropped up across the globe: the dementia village.

What Is a Dementia Village?

In 2009, the world’s first dementia village, Hogeweyk, opened in the Netherlands.

There, 250 staff members provide residents with severe dementia the same level of care they would receive in a traditional facility — but the entire place is designed to look and function like a cozy neighborhood, not a typical nursing home.

“A lot of nursing homes are based on a medical approach,” Frank van Dillen, one of Hogeweyk’s designers told The Guardian in 2018. “We try to de-institutionalise that approach because people want to live as normally as possible.”

At Hogeweyk, groups of up to seven residents live in each of the village’s 27 houses. They are under constant surveillance, but are free to make their own schedules and leave their homes whenever they like.

They can take a stroll through the village’s gardens or visit its grocery store, post office, or pub — all of which are staffed by caretakers in plain clothes. The only place residents can’t go is through the one locked door that would lead them outside the village.

The model is regularly compared to “The Truman Show,” the 1998 film in which the titular character lives his whole life in a meticulously crafted community populated only by actors, unaware that people outside the town are watching his every move for entertainment — and unable to leave when he wants to.

Unlike the creator of Truman’s “Seahaven Island,” though, the people behind Hogeweyk and other dementia villages aren’t trying to exploit or deceive residents — they’re trying to help them.

While people with severe dementia may have trouble forming new memories, they often have no problem remembering people and places from the more-distant past.

Studies have shown that encouraging dementia sufferers to discuss those memories through a form of talk therapy called reminiscence therapy can improve their cognition, alleviate their depression, and increase their self-esteem.

“Reminiscence therapy can be a powerful tool for dementia patients,” Peter Whitehouse, a professor of neurology and neuroscience at Case Western University, told Forbes in 2017. “It makes those with Alzheimer’s more content and happier because they return to a time in their lives when there was no perceived failure — a time when their memory was intact and they did not feel lost.

During a reminiscence therapy session, a therapist might use a prop, such as a song or an old photograph, to help trigger a patient’s memories. The idea behind dementia villages is that they serve as one giant prop — patients are constantly immersed in a world that’s familiar and comforting to them.

Hogeweyk even offers different lifestyle themes for residence houses to ensure that each person lives in a place that feels like the home they remember.

Patients from affluent backgrounds, for example, live in “upper class” themed homes with caretakers who behave like servants. Those who once enjoyed the theater and art, meanwhile, will live in a “cultural” home where opera music might play regularly.

“We’ve had situations where the family want to put their relative in one of the posher categories,” Yvonne van Amerongen, one of Hogeweyk’s founders, told The Daily Mail in 2012. “They think they’ll get more expensive food or things. But we spend the same on each house.”

“We’ve found that when a resident is placed in the wrong social lifestyle, they quickly become unhappy,” she continued. “Then we tell the families, ‘They don’t belong in this group.’ We change it.”

Though the dementia village model earns regular praise from experts, the facilities are incredibly expensive, putting them out of reach of many people with severe dementia.

Hogeweyk residents pay $7,940 per month, and there’s a perpetual waiting list. The base rate for Canada’s first dementia village, meanwhile, is $7,300 per month, and a plan that includes 24/7 care costs a thousand dollars more.

A dementia village set to open in Australia in July will forgo the monthly model and charge residents a lump sum of $500,000 per room, though its website claims the price is negotiable.

That high cost means not everyone with severe dementia will be able to live in a dementia village, but that doesn’t mean they can’t still benefit from reminiscence therapy, either with a licensed therapist or even just a willing family member.

Some places even offer events designed to provide reminiscence therapy to people with dementia. A group in San Francisco, for example, regularly hosts evenings during which it shows classic movie clips to dementia sufferers, pausing between each clip to encourage audience members to talk about the movies.

These technologies might not offer the same level of immersion as a dementia village — but they could still bring about a few moments of peace for a person whose world is often far from peaceful. 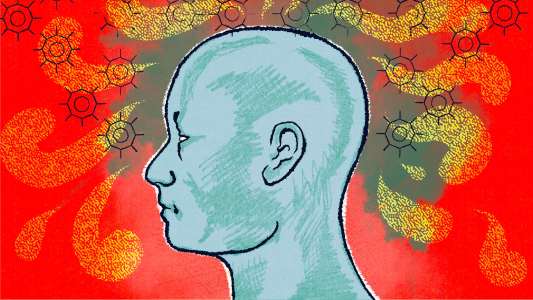 Commonly known as a party drug, ketamine’s powerful effects on the brain have led doctors to further explore its medical potential. Now, the animal anesthetic is providing relief and hope for people with severe depression.

Series|Dope Science
I use ketamine for depression – here’s how it works
7:31
By Doug Dais
Subscribe to Freethink for more great stories
Subscription Center
Sections
Video
Freethink
Subscribe
We focus on solutions: the smartest people, the biggest ideas, and the most ground breaking technology shaping our future.
Subscribe