An AI designed to catch potentially fatal sepsis before it is too late has proven effective in a large real-world study.

The algorithm, called the Targeted Real-time Early Warning System (TREWS), accurately flagged thousands of cases of sepsis — a devastating overreaction to an infection — before they had been identified by hospital staff.

“I lost my nephew to sepsis. And in his case, for instance, sepsis wasn’t suspected or detected until he was already in late stages of what’s called septic shock,” Saria said.

What is sepsis? Sepsis occurs when the immune system goes into overdrive in response to an infection — a scorched-Earth approach that can cause tissue damage, organ failure, and death.

The CDC estimates there are 1.7 million sepsis cases in adults every year in the US, killing roughly 270,000 people. While the vast majority of infections that trigger sepsis begin outside of a hospital, it accounts for one-third of deaths in hospitals.

According to the Sepsis Alliance, there are four main symptoms: high temperature, infection, mental decline, and extreme illness.

Unfortunately, those symptoms are common with any number of illnesses, disorders, and diseases, which “makes early recognition challenging, and many patients receive delayed care,” the researchers wrote in their Nature Medicine study (one of three papers to come out of the trial).

AI vs sepsis: Bayesian’s Saria and her colleagues at Johns Hopkins’ Machine Learning and Healthcare Lab began working on what would become TREWS in 2015.

It combines this with information about the patient’s current condition to predict how likely they are to suffer sepsis. At a certain threshold, TREWS flags patients as high-risk for sepsis and lists the reason why.

During the two year study, 590,736 patients were monitored by TREWS across five different hospitals, which resulted in the AI correctly flagging 6,877 sepsis cases before doctors had begun antibiotics.

The AI caught over 80% of sepsis cases — far better than earlier systems rolled out to hospitals. And it wasn’t just good at finding real sepsis cases: it also didn’t overwhelm staff with false alarms.

In the end, the AI caught over 80% of sepsis cases — far better than earlier systems rolled out to hospitals. In Nature Medicine, the researchers noted that “one of the most widely deployed sepsis early warning systems had a sensitivity of only 33%” — catching just one in three sepsis cases.

As the team wrote in npj Digital Medicine, “38% of evaluated alerts [were] confirmed as having sepsis” — again, much higher than earlier kinds of systems.

Possibly as a result, the AI earned hospital staff’s attention.

Almost 90% of TREWS’ warnings got evaluated by a professional, and more than half got checked out within an hour. That’s a big deal in a hospital: “most systems typically report users responding to only 6–45% of alerts,” according to the researchers.

Saving lives: All of this could add up to the difference between life and death. Early diagnosis and treatment of sepsis has already been linked to higher patient survival, the researchers note.

Just as important as catching sepsis early is making sure that staff actually use the system and intervene effectively early on.

The data showed that when sepsis patients flagged by TREWS had their alert confirmed by a healthcare provider within 3 hours, mortality was reduced 18.7% compared to cases when alerts weren’t evaluated within 3 hours.

Researchers only describe this as an association, not causation, since it is difficult to control for all of the other factors that could affect survival. For example, patients whose alert was pending for more than 3 hours may have had a smaller or overwhelmed care team, which could impact patient outcomes with or without the alert.

However, a broad team of experts tried to control for as many factors as possible, study co-author Roy Adams, an assistant professor of psychiatry and behavioral sciences, who is a causal inference researcher, tells Freethink.

Examples like the one above are called “environmental variables,” and a category that was found to have a minimal impact on providers’ responses, Adams says. Combined with prior evidence that rapid sepsis treatment improves survival, the evidence suggests quick response to TREWS’ early warnings may help to save lives.

Saria’s next steps are to scale up TREWS use, as well as developing new AIs that can warn of other hospital complications like bed sores, bleeding, and cardiac arrest, SciAm’s Bushwick reports. 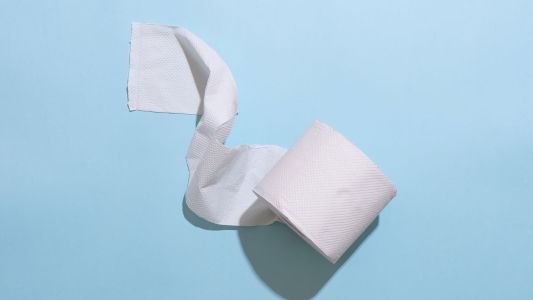 Digital health is attracting record levels of investment in products such as smart toilet seats, which can help millions get access to care.