Too many Americans are sleep-deprived. Although the overwhelming majority of adults needs at least seven hours of sleep per night, 35.2% report getting less than that on average. The consequences are concerning: subpar sleep is linked to higher risks of death, diabetes, hypertension, cardiovascular disease, and obesity.

But for a lucky few, maybe 1% to 3% of the population at most, sleep is little more than an afterthought, even an impediment. These “natural short sleepers,” as they are commonly called, need just four to six hours a night to wake up fully rested. As a bonus, they seem to be slimmer than average, more optimistic, more psychologically resilient, have a higher pain tolerance, and are even immune to jet lag.

Although there are many open questions as to why exactly humans sleep, we know that one primary function of sleep is to conduct basic structural or metabolic processes that allow the brain to function normally when we’re awake. Short sleepers can apparently perform these janitorial duties much more efficiently.

Unfortunately, for those undoubtedly wondering, the condition is genetic — one cannot simply train themselves to thrive on reduced sleep.

Ying-Hui Fu, a Professor of Neurology at UC-San Francisco’s Weill Institute for Neurosciences, has been studying short sleepers for more than a decade. Fu and her colleagues have identified numerous genes than unlock the trait, and they think that more are waiting to be discovered. Single mutations to either DEC2, ADRB1, Npsr1, and a few others are tied to natural short sleep.

In a fascinating study of a set of fraternal twins, one twin had a mutation in DEC2, while the other did not. As a result, the twin with the mutation slept a little over an hour less than their sibling did each night, while showing “minimal behavioral and metabolic impairment in response to sleep loss” as well as having a slightly lower body mass index, the researchers described. The scientists behind the study further speculated that the short sleeper twin had lower levels of melatonin, the hormone that increases when its dark, at night, along with higher levels of cortisol, tied to wakefulness, earlier in the morning.

Just this month, Fu published a new study suggesting that having a short sleeper mutation could protect the carrier from neurodegenerative diseases. She and her co-authors bred mice prone to Alzheimer’s Disease, genetically modifying some of them to have either a DEC2 or Npsr1 gene mutation. They found that mutated mice developed fewer tau protein tangles in their brains, commonly associated with dementia, over their lifetimes compared to mice without the mutations.

The results were exciting because one of the genes studied can be targeted by existing pharmaceutical drugs, raising the potential for a treatment that could make sleep more efficient.

That’s enticing in the near term. Longer term, it’s possible that CRISPR gene-editing treatments could be tailored to grant people short sleeper powers. Another team from the California Institute of Behavioral Neurosciences & Psychology notes that this could be done safely, as the genes involved are mutated at single points, altering their function involving the circadian clock “without causing any significant changes in the other biological systems.”

“My long-term goal is to someday learn enough so we can manipulate the sleep pathways without damaging our health,” Fu told the Wall Street Journal. “Everybody can use more waking hours, even if you just watch movies.” 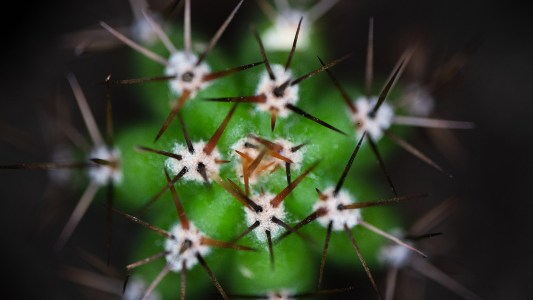 UNC researchers have found evidence that the genetic makeup of a crucial receptor may impact your psychedelic experience.

Drugs
Your genes may impact psychedelic experiences
Subscribe to Freethink for more great stories
Subscription Center
Challenges
Video
Freethink
Subscribe
We focus on solutions: the smartest people, the biggest ideas, and the most ground breaking technology shaping our future.
Subscribe