A new treatment for spinal cord injuries was able to reverse paralysis in mice — and it works by “dancing” to connect with cells near the site of the injury.

The challenge: The spinal cord carries messages from the brain to the rest of the body. Severe spinal cord injuries can cut off this communication, impairing function below the site of the injury.

About 300,000 people in the U.S. are living with spinal cord injuries, but because the spinal cord has minimal ability to repair itself, any loss of function is likely to be permanent — meaning if a person can’t walk after rehabbing the injury, they’re unlikely to regain that ability in the future.

What’s new: Northwestern University researchers have now developed a treatment to be injected soon after a spinal cord injury. It’s designed to trigger the cells around the spinal cord to repair and regenerate, reversing lower limb paralysis.

The animals regained the use of their legs and could walk again within four weeks.

How it works: The treatment is injected as a liquid into the tissue surrounding the site of the injury. It then gels into a network of nanofibers that mimic the natural environment around the spinal cord.

The molecules in these nanofibers deliver signals that help regenerate part of the nerve cell that is the key to communication — the axon. The molecules also minimize scarring, which impedes communication, and prompt the growth of blood vessels that feed nerve cells.

When administered to mice 24 hours after they were paralyzed by spinal cord injuries, the animals regained the use of their legs and could walk again within four weeks.

After doing their thing, the nanofibers degrade into nutrients for the cells. They caused no noticeable side effects in the mice and were not detected anymore 12 weeks after injection.

Dancing molecules: For the treatment to work, the molecules in the nanofibers need to be able to connect with the body’s cells. To improve their ability to do that, the researchers added a tweak to the molecules that made them “dance.”

“Receptors in neurons and other cells constantly move around,” lead researcher Samuel I. Stupp said. “The key innovation in our research, which has never been done before, is to control the collective motion of more than 100,000 molecules within our nanofibers.”

“By making the molecules move, ‘dance’ or even leap temporarily out of these structures, known as supramolecular polymers, they are able to connect more effectively with receptors,” he continued.

The cold water: The treatment was only tested in mice, and only for spinal cord injuries that occurred within 24 hours. It’s not clear whether it would do anything to help people whose injuries occurred in the past.

Treatments that work in mice or other animals often fail in humans, too, and that could also happen here. However, the nervous system is similar across all mammals, which may give this treatment a better chance of translating than those targeting other systems.

Looking ahead: The researchers are now approaching the FDA for approval to test their treatment in humans with spinal cord injuries.

If those trials happen and the treatment proves safe and effective, Stupp is hopeful it might one day help patients affected by strokes and neurodegenerative diseases, such as Alzheimer’s, too, as the brain tissues involved in those conditions are similar to the ones regenerated in the injured spinal cords.

The big picture: Northwestern’s “dancing” molecules are far from the only promising treatment for spinal cord injuries — other groups are working with gene therapy, stem cells, and implants to reverse paralysis in patients.

Still others are developing robotic exoskeletons that allow people to walk in spite of their spinal cord injuries — suggesting a future in which paralysis won’t have to mean a life spent in a wheelchair. 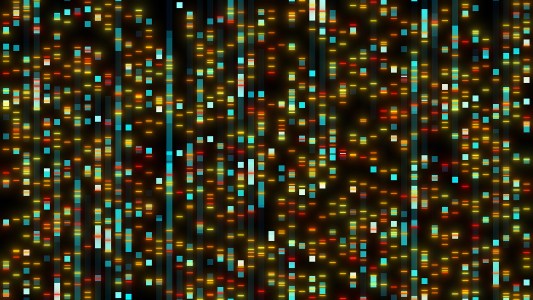 Researchers believe they have found a single point mutation in an infection-sensing gene that causes the autoimmune disorder.

Genetics
A Spanish teen’s genome may hold the secret to lupus
By B. David Zarley
Subscribe to Freethink for more great stories
Subscription Center
Sections
Video
Freethink
Subscribe
We focus on solutions: the smartest people, the biggest ideas, and the most ground breaking technology shaping our future.
Subscribe