Every year, about 600,000 women in the U.S. have hysterectomies to remove their uteruses, in response to some sort of health problem (such as endometriosis or abnormal bleeding).

Now, the FDA has approved the first surgery robot designed for a less invasive type of hysterectomy, potentially making the procedure less painful and available to more women.

Most hysterectomies in the U.S. are done through the abdomen, but about 16% of the surgeries are vaginal, meaning doctors remove the uterus through the woman’s vagina.

Experts recommend vaginal hysterectomies whenever feasible, but this approach is the least common method because today’s surgical tools can’t always reach the anatomy needed to perform the procedure.

The Hominis surgery robot consists of two long, thin, parallel rods. At the end of each rod is a flexible robotic arm. These arms have shoulder, wrist, and elbow joints, like a surgeon’s own arm, but with superhuman 360-degree articulation.

A doctor inserts a small camera into the patient’s abdomen via a small incision (far smaller than the one needed for an abdominal hysterectomy).

They then use a pair of hand-held controllers to guide the arms of the surgery robot into her vagina. Using the feed from the camera, they can perform the hysterectomy using the two flexible arms, which can move into positions that may be difficult — or impossible — with other instruments.

During a clinical trial involving 30 women, Memic’s surgery robot was able to help surgeons complete all 30 vaginal hysterectomies without any serious complications.

Based on that study, the FDA approved the robot for use during benign (non-cancerous) vaginal hysterectomies.

Hominis is now the first robot approved for use during vaginal hysterectomies, and Memic is hopeful that approvals for other types of procedures could follow.

“This authorization is also just the beginning,” Memic CEO Dvir Cohen said in a press release. “It opens the door for our novel system to expand to additional indications that, until now, have been off-limits to robot-assisted surgery.” 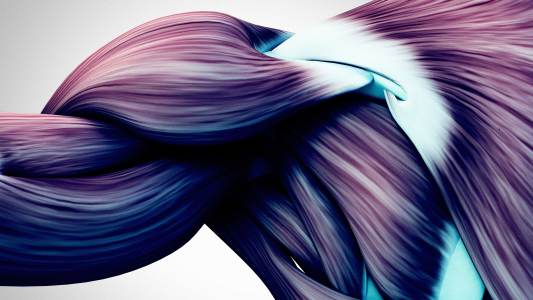 Soft robots could get more muscular with a new soft gel that becomes tougher when subjected to vibration.

Robotics
Soft robots could get stronger by pumping iron
Subscribe to Freethink for more great stories
Subscription Center
Sections
Video
Freethink
Subscribe
We focus on solutions: the smartest people, the biggest ideas, and the most ground breaking technology shaping our future.
Subscribe