To battle the emperor of all maladies, doctors need ways to detect cancer early, determine which treatments to use, and monitor how well a treatment is working.

There is, however, a catch: cancer can be very hard to track.

For decades, researchers have been hunting for “biomarkers” of cancer — chemical clues, in blood or biopsies, that reveal the presence of cancer and what it’s up to. There are a lot of them — but they are often frustratingly unreliable, offering only hints about the disease.

“There’s limits to what we can do when you rely on what the tumor is willing to tell us.”

Not content with what the disease is willing to let slip, researchers are now developing synthetic biomarkers to make cancer show itself.

To fight cancer, doctors need ways to detect it early, determine which treatments to use, and monitor how well a treatment is working. There’s a catch, though: cancer can be very hard to track.

What are biomarkers? A biomarker is a biological molecule, like a specific protein or piece of DNA, that reveals when something is going wrong in the body. In addition to diagnosing diseases, biomarkers may also reveal how treatments are working.

Finding cancer and snuffing it out as early as possible is crucial to patient survival, but the early stages of a tumor are especially tricky to find biomarkers for.

“Really small cancers that haven’t spread, cannot be picked up on imaging, the proteins or DNA that these tumors are shedding into the blood – you just don’t have that many molecules,” Georgia Tech biomedical engineer Gabriel Kwong told Chen.

“For cell-free tumor DNA, in a single 10 milliliter blood draw, you’d have maybe just a few molecules of cancer DNA in that blood draw.”

Researchers like Kwong aren’t satisfied with cancer’s subtle hints, however; they’re taking matters into their own hands by creating synthetic biomarkers.

Instead of waiting for cancer to produce an unmistakable signature, researchers can give patients something that will uncover the presence of cancer — a dye, a chemical, a specially engineered cell.

There are currently two main techniques for creating synthetic biomarkers, Kwong told Chen, both focusing on the area surrounding a tumor. Tumor cells create what is known as a “microenvironment” around them, spheres of influence where immune cells are suppressed, fooled, or press-ganged into helping the tumor.

Synthetic biomarkers can take advantage of this microenvironment by using specific molecules found there, or engineering living cells to become little war correspondents when they hit the scene.

Kwan and Bhatia created synthetic biomarkers that are attached to another molecule using peptide “bridges.” If the cancer proteases are present, they slice through the bridge, releasing the synthetic biomarkers, which can then be detected on a diagnostic test.

It’s not a perfect system, however.

Not content with what the disease is willing to let slip, researchers are now developing synthetic biomarkers to make cancer show itself.

“There’s no single protease for cancer or any other disease,” Kwong told Chen — and any given peptide can be cut by any number of proteases, too.

To help solve these issues, Bhatia and Kwong created particles with a suite of synthetic biomarkers on them; then, using machine learning, they can scan patients’ test results for a telltale pattern in the combination of markers that get released.

“So, if you create a panel of 10 or 15 biomarkers, you can look at a complex mixture of synthetic biomarkers and backtrack and figure out what proteases were involved to create that signature,” Kwong said.

When macrophages hit a tumor’s microenvironment, they go through certain predictable metabolic changes. By engineering the macrophages, researchers can use these metabolic changes as an alarm signal, ordering the cells to start producing synthetic biomarkers that show up clearly on a test.

Still work to be done: Synthetic biomarkers still have a way to go; they will need to become more specific, as many of the signals they key off of are present in many conditions.

Until the algorithms are dialed in and the chemistry is worked out, this means a lot of false positives.

“This work is certainly not ready for primetime,” Aalipour told Chen. “Specificity is one area that needs to be optimized, though we have ideas of how to do that using tricks from synthetic biology.” 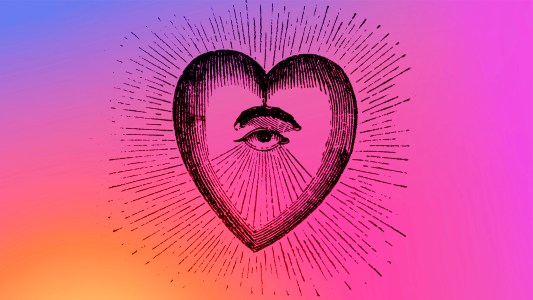 Researchers from the UK, US, and Singapore are beginning work on a genetic heart cure they hope to begin clinically testing within five years.

Genetics
An international team sets out to cure genetic heart diseases with one shot
By B. David Zarley
Subscribe to Freethink for more great stories
Subscription Center
Sections
Video
Freethink
Subscribe
We focus on solutions: the smartest people, the biggest ideas, and the most ground breaking technology shaping our future.
Subscribe