Researchers and nonprofit supporters in Malawi have launched an effort to begin human challenge trials for TB, in order to expedite a promising tuberculosis vaccine.

While TB is easily treated in high-income countries, the disease is a killer globally — over 1.6 million people died from TB in 2021, and drug-resistant cases are on the rise. An effective, lasting vaccine could save millions of lives in places where proper treatment can’t be had.

The push to speed up vaccine development comes from the Malawi-Liverpool Wellcome Trust Clinical Research Programme (MLW), Vox’s Kelsey Piper reported, and it faces considerable headwinds yet, including many ethics reviews and other levels of institutional sign-off.

While TB is easily treated in high-income countries, the disease is a killer globally — over 1.6 million people died from TB in 2021, and drug-resistant cases are on the rise.

A challenge to save lives: A human challenge trial (HCT) is a type of clinical trial wherein volunteers are purposefully infected — “challenged” — with a pathogen.

The idea is that, rather than spending massive amounts of money, recruiting tens of thousands of people, and waiting for years for infections to occur naturally, as in a traditional phase 3 trial, you could see immediately if your new tuberculosis vaccine works, with just dozens or hundreds of volunteers.

HCTs have the potential to shave months or years off vaccine and drug research, which could mean thousands of lives saved. They also carry some inherent risk, as infected volunteers run a chance of severe disease or even death.

The key is balancing out these two competing concerns through well-designed trials: using the minimum amount of pathogen necessary; only accepting young, healthy volunteers; and having medical interventions ready to cure patients who get sick.

Most important, however, is that volunteers understand the risks and benefits and give informed consent.

Taking down TB: For the researchers and HCT advocacy nonprofit 1Day Sooner, this approach could be an especially potent tool for developing a better tuberculosis vaccine.

It’s a position that’s been backed by experts from biotechs and Oxford University, Vox’s Piper reported. Researchers at Oxford actually have experience running multiple HCTs for diseases like malaria and COVID-19.

Despite being relegated to Victorian fiction in the developed world, the disease burden of tuberculosis is high. According to the WHO, 1.6 million people died from TB in 2021, making it the second deadliest infectious disease killer worldwide, behind COVID-19 — despite there being treatments and a tuberculosis vaccine available.

A clutch of countries in Asia and Africa suffer especially high TB burdens, according to the WHO: 87% of all cases occurred in Bangladesh, China, the DRC, India, Indonesia, Nigeria, the Philippines, and Pakistan.

While there is a widely administered tuberculosis vaccine, it is only around 60% effective at preventing active infections, Piper noted, and while antibiotics do work, there are strains of the bacteria that are developing drug resistance.

The bottom line: With millions still dying from the disease, there’s huge potential to improve on our defenses, and researchers and advocates say the speed and cost benefits of HCTs make them a prime candidate to do so.

With TB mainly a threat in developing countries, the incentive for US and European pharma companies to run large trials for promising new tuberculosis vaccine candidates is low. So it will be largely up to nonprofits and developing countries themselves to push this forward.

According to 1Day Africa director Zacharia Kafuko, community volunteers really are ready and willing to be infected with TB to protect others — a view that was reinforced by a study MLW did of participants following a previous HCT.

“They’re actually wondering why it takes this long, why it has to be approved by researchers in the UK,” Kafuko told Piper. “They feel this research should be pioneered in Africa. The people who have to benefit from vaccines are here.” 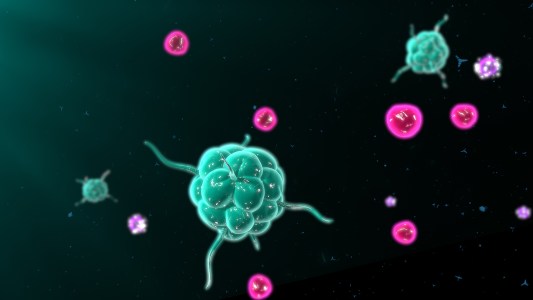 Five patients in Germany had their lupus wiped out by CAR T-cell therapy.