A novel compound similar to the psychedelic drug ibogaine, but without the distinctive ibogaine trip, has reversed the effects of stress in mouse models, researchers at UC Santa Cruz — go Banana Slugs! — have announced.

“It was very surprising that a single treatment with a low dose had such dramatic effects within a day,” Yi Zuo, professor of molecular, cell, and developmental biology at UC Santa Cruz and a study author, said in UCSC’s release.

“I had a hard time believing it even when I saw the initial data.”

The idea is that the drug may eventually help researchers harness the psychedelic’s potential to treat addiction without the ibogaine trip and toxicity that may hamstring widespread clinical use.

What is ibogaine? Ibogaine is derived from the iboga plant, a shrub that can be found in Congo, Gabon, and various places in West Africa.

In some African cultures, ibogaine is used in religious rites and ceremonies, especially among Gabon’s Mitsogo, Babongo, and Fang people, where the drug is central to the practice of Bwiti. Here’s how I summed it up in my ibogaine drug guide:

Higher doses are used for initiation rites or those dealing with major life events or trauma. These high doses can cause long, intense dissociative experiences.

Alternative medicine clinics also administer ibogaine as an addiction treatment. Anecdotal reports of people addicted to opioids emerging from their ibogaine trip with no withdrawal symptoms or continued urge to use are being echoed in small clinical studies, according to NPR.

But the drug has incredibly daunting side effects compared to psychedelics like psilocybin (the ingredient in magic mushrooms) and MDMA.

Let’s (not) take a trip: As Freethink’s Kristin Houser previously reported, TBG was the most promising ibogaine analog from 20 different potential drugs developed in Olson’s lab. They debuted the drug in a Nature article last winter.

The researcher’s aim is to eliminate both the ibogaine trip, which can be intense and unpleasant to some, as well as the psychedelic’s more severe side effects — namely, heart failure, potentially connected to its penchant for causing arrhythmias.

“What we need is a medicine that is so safe that you can take it home and put it in your medicine cabinet just like you would aspirin,” Olson told NPR. “And that’s really what we were trying to achieve.”

“Amazingly, TBG reversed all of the effects of stress”: In their new study, published in Molecular Psychology, the researchers gave mice a single dose of TBG, which reversed the behavioral impacts of stress.

According to UCSC, TBG delivered after stress “promoted the regrowth of neuronal connections and restores neural circuits in the brain that are disrupted by stress.”

To test TBG’s impact on stress, the researchers subjected the mice to “mild and unpredictable” stressors, including tilting their cages, removing/dampening bedding, exposing them to new rooms and loud sounds/music, and various other, inherently unfun experiences.

Stress can cause anxiety in the mice, as well as a reduction in their decision-making and sensory abilities. Within the brain, stress can disrupt the connection between neurons and mess with the brain’s circuitry.

The scientists used a brain imaging technique called calcium imaging — which uses the glowing reaction to changes in calcium levels as an indirect measure of neuronal activity — to study changes in the mouse brains at a molecular level.

“Amazingly, TBG reversed all of the effects of stress,” Zuo said.

The single dose of TBG “decreases their anxiety level and rescues deficits in sensory processing as well as in cognitive flexibility,” the authors wrote in their study.

A long trip ahead: As Kristin Houser previously reported, previous studies of TBG found that it helped curb addictive behaviors in heroin-hooked rats, as well as improving the symptoms suffered by mouse models of depression.

Unlike this experiment, which used a remarkably low dose, those studies involved fairly large doses of TBG, which may increase the risks of side effects.

In addition, there’s always one of the key questions of Dope Science to consider: is the ibogaine trip (or any other trip, for that matter) a mere side effect of psychedelic therapies — or is it a key part of how they work? 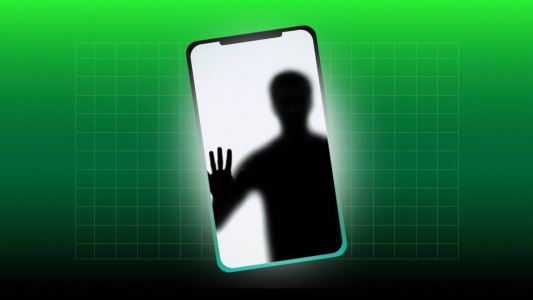 Mental Health
Are we really addicted to technology?
By Freethink Team
Subscribe to Freethink for more great stories
Subscription Center
Sections
Video
Freethink
Subscribe
We focus on solutions: the smartest people, the biggest ideas, and the most ground breaking technology shaping our future.
Subscribe