A universal flu vaccine — which could provide multi-year protection against an array of influenza viruses — was well-tolerated and produced a strong immune response, according to the results of a phase 1 clinical trial.

This universal flu vaccine candidate takes aim at a relatively stationary target on the notoriously slippery virus. The constant genetic reshuffling of the flu virus means we need a new vaccine on the regular to keep up.

“It’s … really the only virus that is common to man that changes so consistently from season to season,” Anthony Fauci previously told Freethink’s Teresa Carey, “which is the reason why it is the only virus that afflicts man that you have to get an updated vaccine virtually every year. That’s really unprecedented except for influenza.”

As Fauci said, influenza is well-noted for its ability to change its makeup on a regular basis.

Influenza viruses are a diverse gang to begin with; on top of that, they are RNA viruses, which mutate more rapidly than their DNA-based comrades. On top of that, influenza is a “segmented” virus, meaning it can pass along parts of its RNA to other flu viruses — allowing for sudden new combinations that look nothing like the viruses’ your immune system knows so well.

“It’s analogous to mating in mammals or other higher organisms, where you have chromosome re-sorting, increasing the genetic diversity of the descendants, ” Pfizer’s Philip Dormitzer told me previously.

Much like a coronavirus, influenza is studded with proteins, called hemagglutinin and neuraminidase. So crucial that we name flu strains after them — like the H1N1 swine flu pandemic in 2009, or the H5N1 Asian bird flu virus — these proteins control how the virus enters and exits the cell — its cat burglar kit.

These proteins constantly evolve, making them maddeningly capable of slipping past the immune system, even after a flu vaccine has primed it — if the vaccine doesn’t match the virus closely enough, it can waltz in with minimal effect. This regular stirring is called antigenic “drift.”

Sometimes, the recombination is quite dramatic, spawning a form of influenza very different from its ancestors, enough to be considered practically a whole new virus. When this happens, it is known as antigenic “shift.”

This is likely the origin of the 1918 flu pandemic.

Needless to say, it can be extremely deadly.

Chopping Down the Stalk

Antigenic shift is the nightmare scenario, but influenza’s regular shape-shifting is more than enough to kill hundreds of thousands of people every year.

Flu vaccines can lessen the risk, but often fall short of hitting even 50% efficacy against the virus. The CDC pegs this year’s version at just 45%; in 2018, a particularly deadly year, the vaccine was 36% effective.

Current flu vaccines cause the body to create antibodies that target the protein head. The antibodies act as the body’s army by recognizing and neutralizing foreign substances, like the hemagglutinin protein. But the head’s ability to mutate rapidly may be the flu’s most powerful defense. By the time flu season is over, the vaccine is outdated, and researchers are already trying to predict in advance the molecular structure of next year’s virus.

To overcome this weakness, the universal flu vaccine that just finished phase 1 trials focuses not on the head of the “H” protein but its more stable stalk.

Not only does the stalk not change as often, but previous research has demonstrated that stalk antibodies can help protect people against multiple strains of flu, according to Science, making it a prime target.

But going after the H-stalk poses some challenges. It turns out that the creation of head antibodies overrides the creation of stalk antibodies, according to Science. But stalks with no heads will just fall apart on their own, so they don’t make a good vaccine.

To get around this, the team’s universal flu vaccine created a synthetic head, called a chimera, which doesn’t trigger the immune system, allowing immune cells to focus on the stalk.

“The results suggest that chimeric hemagglutinins have the potential to be developed as universal vaccines that protect broadly against influenza viruses,” the authors wrote in Nature Medicine.

A universal flu vaccine is one of immunology’s holy grails. If it was effective and widely adopted, it could save tens of millions of lives over the next several decades, just from stopping regular flu strains. Not only that, because it targets a stable part of the flu virus, it might also be effective against any new flu strains that have the potential to cause a pandemic.

But although this study is a crucial step, it’s important to note the study did not prove that the vaccine can actually prevent the flu.

Phase 1 studies are small (this one had just 66 subjects) and are not testing to see if the vaccine prevents infection; Phase 1 is just looking at basic safety. As my dad, who used to work in vaccines,  jokes, you’re checking to make sure people’s arms don’t fall off.

The other key thing you’re looking at is measuring the immune response: did it generate a lot of antibodies? And, especially important for the universal flu vaccine, did it make the right kind of antibodies?

The answer to both questions, for this vaccine candidate, is yes.

“This was the first time that a Phase 1 study in humans looked at a rationally designed vaccine that has the potential to protect against all kinds of seasonal flu, as well as a potential flu pandemic,” Icahn School of Medicine vaccine researcher and study co-author Florian Krammer told NBC News. 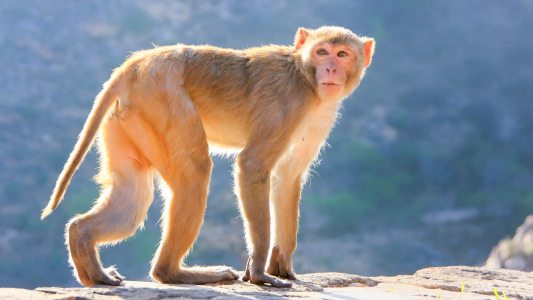 Using CRISPR to stop the replication of SIV, a primate virus closely related to HIV, researchers may have taken a step to wiping the virus out in the body.

CRISPR
HIV can hide inside human cells for years. Can CRISPR cut it out?
By B. David Zarley
Subscribe to Freethink for more great stories
Subscription Center
Sections
Video
Freethink
Subscribe
We focus on solutions: the smartest people, the biggest ideas, and the most ground breaking technology shaping our future.
Subscribe