When you first meet someone like me, you may only notice a raspy voice, a thinner frame, and a person who takes a lot of pills. But then you might hear the labored breathing, the coughing that sounds like an interminable chest cold, the green mucus that flies up our windpipe countless times a day, and the faint popping-corn sounds from deep within the chest.

These are some of the outward signs of cystic fibrosis (CF)—a disease often characterized, however, as an “invisible illness.”

I can describe these details in this way because I have been living with CF for 26 years. Since birth, I’ve gone through a multiple surgeries, dozens of hospital stays, thousands of pills, and hours of treatment every day.

Thanks in part to that daily routine, someone meeting me for the first time probably won’t see my condition. It’s both a curse and a blessing to be able to conceal something that affects my life so greatly.

Cystic fibrosis is one of the most common genetic diseases in the world, but it is still considered rare, as only about 70,000 people worldwide have won the genetic lottery by acquiring this recessive gene from both parents.

The gene controls how much water and chloride flow in and out of cells in the lungs, nose, and stomach. The mutations that cause cystic fibrosis prevent chloride from leaving the cells, causing the organs to become dehydrated.

In the stomach, this makes it hard to digest anything, so patients need to take extra enzymes to break down food. In the sinuses, it can trigger a constant runny nose.

In the lungs, however, it is especially dangerous. Naturally occurring mucus in the lungs becomes thick and sticky without hydration, trapping particles and bacteria with each breath. Because the body can’t clear out this sticky mucus, the trapped bacteria start the cycle of infections for people with CF.

Germs that are commonly found in the environment—the simple bacteria we come into contact with as children, digging in the yard or making pretend forts from invaders—get trapped in the lungs of those of us with CF, and when they aren’t eliminated, they invade and colonize the lungs like an occupying foreign army. The immune system is always fighting these invaders, but unfortunately, the lung microbiome provides the perfect conditions for their occupation.

Worse, the endless battle between the immune system and the invaders triggers inflammation. Over time, this cycle of infection and inflammation leads to scarring that reduces the function of the lungs.

Eventually, as the lungs deteriorate, supplemental oxygen is required to give the body the oxygen that the lungs can no longer pull from the air. When that is no longer enough, the lungs will cease to breathe, ceasing the life of a person with cystic fibrosis.

Delaying the inevitable as long as possible means reducing the scarring and the infections, so it’s vital to clear out the bacteria-laden mucus from the lungs. Several times a day, CF patients inhale bronchodilators to expand the airways, as well as a sodium chloride solution to hydrate the lungs’ surface, and then we use High Frequency Chest Wall Oscillation or “vest therapy” to physically shake loose the mucus.

Any bacteria or viruses that we contract from others through daily interactions can further burden the immune system, exacerbating our symptoms even more. We use various antibiotics to try to suppress bacterial growth, killing some (but not all) of the bacteria—but only rarely can CF infections be completely eradicated.

Over time, after many rounds of treatment, the bacteria evolve resistance. In recent years, drug-resistant bacteria have become one of the most widely known public health problems, but they are already a daily reality for those of us with CF.

There is another way to fight these “superbugs,” however, and scientists have been showing renewed interest in it in recent years. They’re called phages: viruses that feed on very specific types of bacteria. Originally discovered in 1915, some of these viruses can be bred to target a specific patient’s drug-resistant infection.

Dr. Ben Chan is a professor at Yale University who is devoted to finding phages from across the globe that can be used to attack different kinds of bacteria. When Paige, a young woman with cystic fibrosis, was suffering from a severe infection last year, she contacted Chan and asked him to find her phages that would attack the drug-resistant Pseudomonas bacteria filling her lungs.

After testing phages from Connecticut to the Congo, he finally found a combination that seemed to work. When I saw him holding two glass vials side by side—one cloudy and filled with thousands of her Pseudomonas bacteria, and the other, treated with phages, as clear as water—it gave me a feeling of familiarity and of hope.

As someone who works in an environmental microbiology lab, I can appreciate the power possessed by phages, these tiny predators that can feed on superbugs that have defeated both the human immune system and modern antibiotics.

It also provides me with hope—not just for me but for everyone with CF—that new treatments may be on the horizon for combating currently unstoppable infections that ravage our lungs.

Where We Go Next

Recently, much of the new research in cystic fibrosis has been centered on CFTR modulators—drugs that change how the protein made by the CF gene works. New medications have received FDA approval within the past few years that target this defective protein, allowing the chloride to rise to the surface of the cells, hydrating the lungs, and minimizing the sticky mucus.

Although they have helped many people with CF reduce their symptoms and the constant cycle of infections, they aren’t able to correct every defective cell. New modulators are in development, as well as complementary medications, that will amplify the amount of chloride reaching the cells’ surface to aid this process.

There has also been some research and ongoing clinical trials for the treatment of inflammation, though no new medication has been approved by the FDA yet. To treat the infections caused by bacteria harbored in the lungs, new therapies, such as inhaled nitric oxide and IV gallium, are being studied in clinical trials. They work differently than conventional antibiotics: nitric oxide promotes the immune system’s defenses against bacteria, while gallium inhibits bacterial nutrient uptake—essentially starving them.

With antibiotic effectiveness decreasing, the exploration and implementation of new therapies for infections will be crucial, and hopefully, phage therapy will be among those leading breakthroughs in this research, too.

As I said at the start, CF is an invisible disease: despite a few outward symptoms, most onlookers would never know there’s a battle raging inside us. But one thing that does distinguish us is our determination to fight this disease for as long as we can.

On behalf of many with CF, I convey a message of gratitude for all researchers who dedicate their work to improving our lives, a plea to continue finding and fine-tuning treatments, and our assured optimism for those days to come when we will no longer hear those mucus-filled, crackling breathes—but rather the rapid whoosh of air, lungs fully expanding, delivering plentiful oxygen for our bodies to thrive. 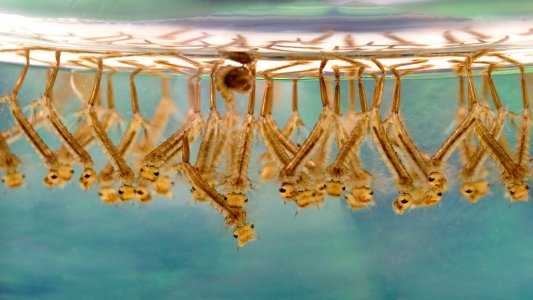 “Scientists work in high-security buildings that are banned to the public and then wonder why they are misunderstood.”