As someone who spent my childhood moving from epidemic to epidemic with my virologist father and epidemiologist mother, I am surprised at the degree of certainty expressed by both optimists and pessimists regarding their predictions of the COVID-19 epidemic. In fact, our ignorance of key facts leaves room for a wide range of scenarios.

To illustrate this, I would like to describe a little-discussed scenario that is both relatively optimistic and consistent with the currently available evidence. Under this scenario, millions may already be infected, but with less serious medical consequences than generally feared. This scenario is not a reason to cut back on public health measures, but rather a reason why they may be effective.

In general, an epidemic will continue to grow for as long as each infected person infects more than one other, but it also matters how quickly that contagion happens. To understand the epidemic, we must estimate two important parameters: the infection rate of the disease, and the number of infected people that show no symptoms. These are currently unknown for COVID-19.

My illustrative scenario assumes that the disease is rapidly infectious, but that the percentage who show symptoms is very low. In this “fast-and-stealthy” scenario, the epidemic has already spread widely, and many have already become infected. The small percentage of people who have shown serious symptoms have overwhelmed local medical systems because they got sick at almost the same time.

This fast-and-stealthy scenario is optimistic because public health measures can slow the rate of spread. Even if these measures do not reduce the number of people eventually infected, they can prevent the medical system from becoming overwhelmed. In the fast-and-stealthy scenario, the epidemic eventually limits its own infection rate by building up a high rate of immunity in the general population.

Although many eventually become infected, most will show no symptoms and, the medical system will have the capacity to handle the treatment of a very small portion who do. Also, the additional time bought by the public health measures may give more people the opportunity to take advantage of improved methods of treatment.

The fast-and-stealthy scenario is consistent with the evidence reported to date from China, Italy, and isolated cruise ships. Consider the Diamond Princess as an extreme example of what can happen with an older population and delayed social distancing: 3,711 people on board, about 700 had the virus when tested, 400 of these were asymptomatic, 300 became sick, 7 died. But, how many of the 3,711 had recovered before they were tested?

One of the problems is that the current tests for COVID-19 only tell us if someone is currently hosting the virus. The vast majority of people tested so far have been negative; is that because they never had the infection or is it because they had already successfully recovered? If 3,000 on the Diamond Princess recovered before testing, the mortality rate was 0.2%. That is high, but it is much better than the mortality rate of those we know caught the virus.

To distinguish between the most optimistic and pessimistic possibilities, we would need to measure how many people have developed an immunity to the virus. Fortunately, there are at least two different well-understood methods for developing such “serologic” tests, and the first such test has recently been developed for COVID-19.

Serological testing would tell us how many people have already developed an immunity to the virus.

The first studies to use these tests are already underway in China and Singapore. We should know the results within a few months, if not weeks. These results may show that far more have been infected than we currently assume, and that news would not be entirely bad. It would show that the mortality rate is much lower than what we currently guess, and that more are already immune.

My point is not that this fast-and-stealthy scenario is correct, but rather that we should be more honest in admitting our ignorance. As near as I can tell, very little attention is being given in the United States to widespread serological testing. Yet, such testing would tell us a lot about what is actually happening and enable us to respond more wisely. It would also allow those who are immune to know that they are immune, freeing them up to help deal with this epidemic and accelerate society’s return to normal life.

Given what we now know, it is clear COVID-19 is both fast and stealthy. Yet, as of July, the United States still does not have a single CODIV-19 test approved for people who are not already “suspected of COVID-19 by their healthcare provider.” Given that COVID-19 is fast and stealthy this is a ridiculous restriction. Fortunately, almost everyone is ignoring it.

Massachusetts, for example, offered COVID-19 tests to those who attended the large demonstrations triggered by the killing of George Floyd. This was a good idea, but in by-passing the healthcare providers, Massachusetts violated the FDA’s current restrictions on use of the test. The problem is not Massachusetts. The problem is a FDAs emergency use authorizations . If we expect people to respect federal regulations, then we need federal regulations that respect reality. The FDA should be congratulated for quickly issuing emergency use authorizations for COVID-19 tests, but it should now extend those authorizations to allow anyone to be tested. 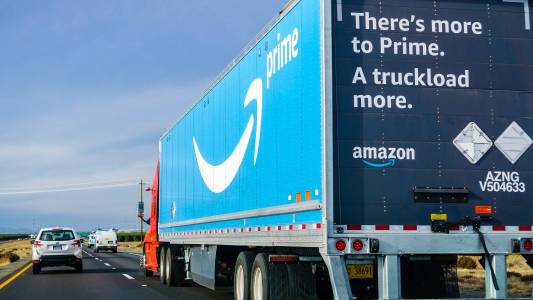 Cosmetics companies and distilleries are making hand sanitizer and the UK asks manufacturers to make ventilators as the private sector responds to the pandemic.