McGill University researchers Jay A. Olson and Amir Raz have a suggestion for your next experiment design: improve your results by improving your deception.

The former professional magicians, writing in the Journal of Experimental Social Psychology, know that some studies necessitate a little snowing of their subjects to get the best data possible.

“Social psychologists, placebo scientists, and consumer researchers often require deception in their studies, yet they receive little training on how to deceive effectively,” they write.

For example, a social psychologist may want to study how someone reacts to criticism. They give them a quiz, and tell them they scored poorly. The subject’s test performance, of course, never mattered; they’re going to be told they suck no matter what.

“Ineffective deception, however, can lead to suspicion and compromise the validity of research. The field of magic offers a potential solution; magicians have deceived audiences for millennia using a variety of robust techniques.”

Not only have magicians been availing themselves to the highly enjoyable art of deception since, well, “magic” has existed, but they do so in some of the most hostile climes imaginable: in front of suspicious, aware, heckling, maybe drunk, definitely hoping to catch them out, audiences.

Compared to these on-their-guard marks, the authors theorize, how hard can it be to put one over on a research subject in a staid scientific study?

Olson and Raz pull from their hat a proposal called the Swiss cheese model. You may have heard of this in the context of overlapping or redundant safety measures — say in a commercial jet or rocket, or in the context of COVID-19.

The idea is simple: any given slice of Swiss cheese is going to have big holes in it, right? Holes you can see right through. But stack layers of Swiss cheese, and the holes are very unlikely to line up.

So, while a mask, social distancing, and being outside as much as possible all aren’t guaranteed to keep you COVID-free, when you add them all up you’re pretty well covered — and more so than if you just did any one of those things on their own.

The same principle applies to a good magic trick. Olson and Raz say that most experiment design deceptions are going about it all wrong. They use a few “thick” layers of deception — a cover story, or a plant in cahoots with the researchers — rather than a thin, beautiful tapestry of deceit.

Which isn’t to say the scientists never get it right. Consider the tricks used in one placebo study of alcohol.

To find out how much alcohol itself alters people’s behaviors, and how much is just people’s expectations about alcohol, researchers needed a way to trick people into thinking they were drinking, without actually giving them any alcohol.

Rather than just telling people in the study that their cocktails were alcoholic, the researchers applied the Swiss cheese model: “confederates made off-hand comments about friends who got drunk while previously completing the study, the researchers sprayed the room with an alcohol scent, and the (non-alcoholic) drinks had real alcohol rubbed along the rim for subtle taste cues.”

I mean, the attention to deceptive detail … that’s good experiment design, right there.

A commonly used magic trick that is not often considered in experiment design, Olson and Raz write, is the “fake mistake.”

Raz offers up an example from his own career.

But in the midst of the mindreading, another audience member stands up and shouts “I was here last week and he chose the same woman. She’s a stooge!”

Raz, nonplussed, calls up this interloper — and proceeds to read his mind, as well. The audience is effectively deceived. The secret? The loudmouth is in on it, as well. (In a final punchline, he explains to the first confederate that he always could read minds, but it was just tough on him, which is why he hired her. So he deceived someone in on the act! Fabulous.)

“Magicians often use such elaborate forms of deception,” they write. “Audiences may suspect stooges in a magic show, but they are less likely to suspect one stooge to cover up another.”

The trick works because no one suspects that such a calamitous occurrence as someone blowing up your whole act would ever be done on purpose.

A Scientists Always Reveals Their Secrets

Those subjects who you’ve so elaborately deceived, unlike a magician’s audience, do, of course, deserve to have the wool over their eyes shorn away. (It goes beyond being the right thing to do: Internal Review Boards tend to only approve deception when said deception is revealed to volunteers in the end, Olson and Raz note.)

“We recommend extensive in-person debriefing to explain and justify the various layers of deception, giving participants a ‘behind-the-scenes’ view of the study,” they write.

“It may be particularly important to stress that being deceived says little about the participant; the procedure could be compared to a magic performance that fools almost everyone.”

In other words, the subjects need to leave knowing they were deceived, why that deception was crucial to the experiment’s design, and not feel like a pigeon for it.

…magicians seeking deception may be helpful to scientists seeking truth.

Olson and Raz argue that serving up the Swiss cheese model can provide better data by ensuring whatever deception you need actually works — be it a convincing placebo, an unsuspecting social relationship, or a hidden motive masked by one you need to feel real.

“Applying the principles of the Swiss cheese model with subtle yet elaborate layers of deception can improve the quality of experimental protocols and the validity of their resulting conclusions,” the former pros write.

“In an unlikely collaboration, magicians seeking deception may be helpful to scientists seeking truth.”

P.S.: That paper contains a wonderful table full of deception methods and tips on deploying them, for any up-and-coming magicians — or whoever else needs such fun but dark arts — in the Freethink audience. 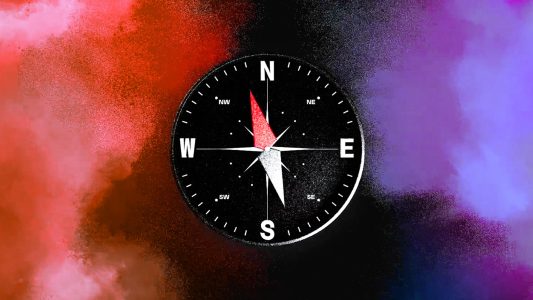 If we can better understand the evolution of our moral compass, psychologists believe we can begin working toward a society built on empathy over judgement.

Psychology
Your moral compass could be broken
5:05
By Doug Dais
Subscribe to Freethink for more great stories
Subscription Center
Sections
Video
Freethink
Subscribe
We focus on solutions: the smartest people, the biggest ideas, and the most ground breaking technology shaping our future.
Subscribe