A pair of chemists who cut their teeth in cancer research have patented a new ingredient that could lead to longer-lasting sunscreen.

Avobenzone is one of the key sunscreen ingredients. It absorbs UV rays in sunlight, which can lead to sunburn and increased risk of skin cancer — but only for a while.

Ironically, avobenzone is broken down by UV light. With the sun chipping away at our chemical armor, avobenzone needs to be reapplied on a regular basis.

“I have two small kids, and I’m always telling them to reapply sunscreen every hour or two because as avobenzone decomposes, it doesn’t do its job anymore,” NYU chemistry professor Marcus Weck said in an interview.

People put on sunscreen and think they’re protected, only to find out at the end of the day that they’re burnt like toast.

A few years ago, Weck and then-grad student Elizabeth Kaufman began kicking around an idea: what if they could create new sunscreen ingredients that did not break down so quickly?

From fighting cancer to preventing it: Kaufman — now head of production chemistry at BYK Wallingford, a chemical supplier — suggested that they survey the active sunscreen ingredients available on the market, and they settled on avobenzone.

Weck’s lab had already developed a “support structure” for cancer drugs, an example of what chemists call “click chemistry” — a technique for stringing molecular components together.

“This strategy has some legs, because once you develop a support structure that does ‘click chemistry,’ you can just click on components like drugs or dyes,” Weck said. “In our cancer research, we developed biomaterials with multiple click sites.”

That inspired Weck and Kaufman to see if a similar support structure could be developed for sunscreen ingredients, to prevent avobenzone from decaying so rapidly while not interfering with its ability to suck up UV rays.

With the sun chipping away at our chemical armor, sunscreen needs to be reapplied on a regular basis.

They turned to a support structure called a dendrimer — a tree-like polymer made from long molecular strands.

When they clicked avobenzone onto the dendrimer, they found that it did not decay as rapidly when exposed to UV light, lasting over 24 hours, compared to the regular formulation that breaks down in a couple hours.

The support structure also increased avobenzone’s activity, absorbing more UV light, for more protection with less sunscreen. And the new combination molecule was also much larger, so it is not absorbed by the skin as easily.

“This means that the sunscreen sits on the surface rather than being absorbed,” Weck said. “Both of these are important because there’s evidence that some active ingredients in sunscreen are carcinogenic in large doses.”

From the bench to the beach: With their patent awarded, Weck and Kaufman are looking for companies that can commercialize their new and improved avobenzone.

“My group is not a formulations lab, so we’re in conversations with others who may formulate the compound into a lotion or cream and test it,” Weck said.

Series | Heretics
97% of your thoughts are hidden – hypnosis can unlock themWatch
This hypnotherapist claims he can replicate the feeling of cocaine, alcohol, and even sex within anyone’s mind.

Wearables
You no longer need a prescription to buy hearing aids in the US
The FDA is making over-the-counter hearing aids available to Americans, potentially making the devices cheaper and more accessible.
Up Next 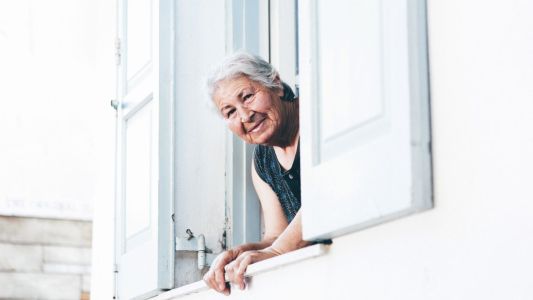 Research shows if you cultivate a more optimistic mindset, you might further increase your chances for a long life.