Michio Kaku is one of the great living science communicators. Writing popular science books since the 1980s and appearing on countless television shows, he is well known to members of the public who enjoy learning about cutting edge science. He is also a respected academic, having published papers and textbooks on topics in physics such as string theory. He was one of the first people to work in string field theory.

Like other people who study science and have a natural curiosity, Dr. Kaku is interested in a wide array of subjects and is willing to speak on a number of them. Kaku sat down with Freethink sister site BigThink to discuss the shape of things to come in space travel, neuroscience, and medicine.

How Humanity Will Become an Interplanetary Species

A number of billionaires, scientific thinkers, and those behind the Artemis program have all independently come to the conclusion that humanity needs to become a multi-planet species. This idea is nothing new: Dr. Kaku mentions that he once discussed this with Carl Sagan.

According to Dr. Kaku, Sagan argued, “The Earth is in the middle of a shooting gallery of asteroids and comets and meteors. It’s inevitable that we will be hit with a planet buster, something like what hit the dinosaurs 65 million years ago. We need an insurance policy.”

Dr. Kaku, like Carl Sagan, doesn’t think that sending everybody to Mars or Proxima Centauri B is necessary or even feasible — the expense alone should make people more interested in fixing a few things on this planet — but he does note that the science to do so already exists, it is simply a matter of deciding to do it.

As he puts it: “The laws of physics make it possible to send postage-stamp-size chips to the nearby stars. So think of a chip, perhaps this big, on a parachute and have thousands of them sent into outer space energized by perhaps 800 megawatts of laser power. By shooting this gigantic bank of laser energy into outer space, by energizing all these mini-parachutes you could then begin to accelerate them to about 20% the speed of light.”

It’s not just a scifi dream, like warp drives and teleporters, either: “This is with doable technology today. It’s just a question of engineering. It’s a question of political will and economics, but there’s no physics, there’s no law of physics, preventing you from shooting these chips to 20% the speed of light.”

Given the money, level of engagement from both government and private sources, and the vision existing behind some of the ideas being put forward, Dr. Kaku suggests that we are about to move into a “golden era of space exploration.”

Of course, he is also practical about the problems that we would face if we tried to move a million people to Mars tomorrow. For example, he notes that few people ever seem to explain how to provide housing for a million people on Mars, or how they would go about getting the tools required to build that housing there at all. He suggests the answer might be to rely on self-replicating robots, but that does require inventing them first.

We Will Expand the Brain’s Capabilities

Over the last few decades, there has been an unnoticed but continuous effort to improve the human body by getting it to work with computers, and even to replace the bodyparts that stop working with machines.

Dr. Kaku mentions his friend and colleague the late Stephen Hawking as an example. Dr. Hawking’s ability to speak was fully destroyed by a severe case of pneumonia in 1985. However, millions around the world know Dr. Hawking from appearances that feature him speaking with the help of a computer. While the computer generating this speech was initially controlled by hand, later declines in Dr. Hawking’s mobility led to the development of systems that could scan his facial expressions and brain patterns into choices on the computer screen.

The enormous implications of this tech are easy to miss, but Dr. Kaku sums it up: “So we can now have telepathy.”

Given the progress in making computer chips cheaper, smaller, and faster, known as Moore’s Law, Dr. Kaku suggests that it is likely only a matter of time before we have access to inexpensive computers everywhere all the time — including integrated with our persons. He provides an image of a brave new world of high technology:

“And who are the first people to buy internet contact lenses? College students taking final examinations. They will blink and see all the answers to my exam right there in their contact lens. And this could be very useful. If you’re at a cocktail party, and there’s some very important people there who could influence your future, but you don’t know who they are, in the future, you’ll know exactly who to suck up to at any cocktail party. On a blind date, they could be great because, of course, your blind date could say that he’s single, he’s rich and he’s successful. But your contact lens says that he pays child support, that he’s three times divorced, and the guy is a total loser.”

While this might sound a touch like something out of Black Mirror, Dr. Kaku seems upbeat about it.

We Will Defeat Cancer

Exactly how scary of a diagnosis cancer is, and has been for most of human history, is difficult to fully grasp if you haven’t been there. It was within living memory that the policy of most hospitals was not to tell people who were dying of cancer how bad their condition was — a fate that befell Minnesota governor Floyd Olson — because it was so grim and so little could be done.

Despite still not having found a cure for cancer, treatments that exist today are incalculably better than those which existed a few decades ago.

Even with all the improvements in treatment and patient outlook in many cases, a number of cancers are still not very treatable. Pancreatic cancer, for example, has a five year survival rate of 16% when it is not treatable by surgery.

However, Dr. Kaku argues that we are on the verge of finally defeating cancer once and for all, and sweeping in a new age of scientific discovery while we’re at it:

“We’re going to have a magic bullet against cancer using nanomedicine. That is, individual molecules in the cells that can target individual cancer cells, using nanotechnology. And the next big thing is when your toilet becomes intelligent. In the future, your toilet will be your first line of defense against cancer because your bodily fluids — blood and your bodily fluids — contain signatures of cancer colonies of maybe a few hundred cancer cells in your body maybe years before a tumor forms….Cancer is going to become like the common cold, that is, we live with the common cold, it doesn’t really kill anybody except maybe if you have pneumonia.”

It is always fun to consider where science and progress might take us. If Dr. Kaku is correct, it is likely a series of places we will all be the better for visiting. 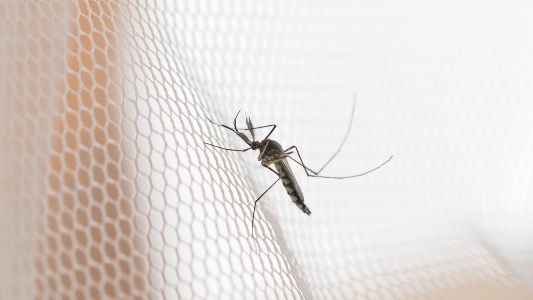 Malaria can hide in the liver, causing relapse months or years later. Now, public health officials have a new treatment to prevent relapse for children under 16.