Fundamental particles are the building blocks of the universe. They either come together to create matter, or they carry the forces of nature that act upon that matter.

In the 1970s, physicists developed a theory classifying all 17 fundamental particles and describing three of the four forces (gravity was left out of the mix) — the standard model of particle physics.

Using the standard model as a guide, physicists should be able to accurately calculate interactions involving particles and forces.

However, in 2001, an experiment involving a fundamental particle called a “muon” left physicists wondering whether there might be something amiss with the theory — and two new studies are putting the particle in the spotlight once again.

Muons are created when cosmic rays interact with particles in Earth’s upper atmosphere. The particles are all around us, and they’re a lot like electrons, only about 200 times more massive — that’s earned them the nickname “fat electrons.”

In 2001, Brookhaven National Laboratory researchers were studying muons when they came across a discrepancy between their predictions (based on the standard model) and the measurements they actually recorded during an experiment.

The point of the experiment was to confirm the strength of muons’ magnetic field, a property called their “magnetic moment.” Muons were sent flying around a particle accelerator. A magnetic field was then applied to the particles, causing them to spin and wobble like tops.

This wobble can be used to determine the muons’ magnetic moment, but the muons wobbled more than expected, and the recorded measurements didn’t match the prediction.

The probability of that discrepancy being caused by pure chance was too high (one out of 1,000) for it to be considered a new discovery in physics — for that, the probability would need to be just one in 3.5 million.

But it caused a ripple in the world of physics.

This is strong evidence that the muon is sensitive to something that is not in our best theory.

Now, researchers at Fermi National Accelerator Laboratory have run the muon experiment again and found the same discrepancy between their prediction and experimental measurements.

This time, the chance of it being a fluke is just one in 40,000 — still not quite enough to call it a new discovery, but more concrete than the Brookhaven results.

“This quantity we measure reflects the interactions of the muon with everything else in the universe,” researcher Renee Fatemi said in a press release. “But when the theorists calculate the same quantity, using all of the known forces and particles in the standard model, we don’t get the same answer.”

“This is strong evidence that the muon is sensitive to something that is not in our best theory.”

That “something” could be an unknown particle, indicating a fifth force of nature — one that might be able to explain the dark matter thought to comprise more than a quarter of the universe.

However, no one is rewriting the standard model of particle physics just yet — there’s also a possibility that the theoretical prediction (the number the experimental data was expected to match) wasn’t correct in the first place.

A separate paper, published in Nature the same day as the Fermi research, argues that case, trying to save the standard model from the muon threat.

Both the Brookhaven and Fermi teams used data collected during electron and positron experiments as part of their prediction calculations for the muon experiment.

The team behind this other paper, the Budapest-Marseille-Wuppertal collaboration, eliminated this reliance on experimental data by using the awesome processing power of multiple supercomputers to make their prediction.

“(W)e used a fully verified theory that was completely independent of reliance on experimental measurements,” lead researcher Zoltan Fodor said in a press release. “We started with rather basic equations and built the entire estimation from the ground up.”

After hundreds of millions of CPU hours, they arrived at a prediction that matched the measurements of the Brookhaven and Fermi teams’ experiments.

It is certainly the most important thing that we have to look into presently.

So, 20 years after the muon first called the standard model into question, the physics world is still divided on whether the “fat electron” defies existing theory. Was the experiment wrong or the theory? Or was it just our understanding of the theory that was wrong?

One thing they all seem to agree on, though, is the need for more research.

“My feeling is that there’s nothing new under the sun,” Tommaso Dorigo, an experimental physicist at the University of Padua, who wasn’t involved in either study, told Scientific American.

“I think that this is still more likely to be a theoretical miscalculation…but it is certainly the most important thing that we have to look into presently.”

Physics
The case for dark matter has strengthened
Though it makes up about 26% of the Universe, we cannot see dark matter. But we know it’s there because we can see its effects.
By Don Lincoln

Outer Space
Ring galaxies, the rarest in the Universe, finally explained
After decades of wondering how ring galaxies form, we’ve caught them in enough stages of evolution that we finally know where they come from.
By Ethan Siegel
Up Next 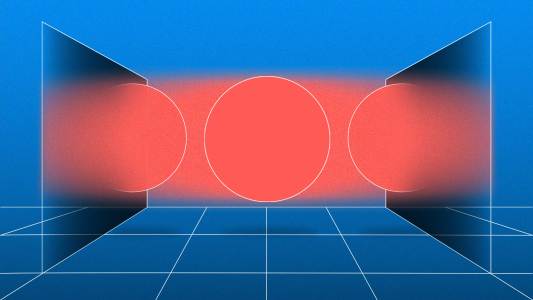 A quantum teleportation breakthrough at Fermi National Accelerator Laboratory puts us one step closer to a super-fast, super-secure quantum internet.