An internet powered by the weird physics of the quantum world would be virtually unhackable and literally faster than lightning.

Now, we’re one step closer to making that next-level communications network a reality, thanks to a quantum teleportation breakthrough out of the Fermi National Accelerator Laboratory.

So, what the heck is quantum teleportation?

The world we engage with every day adheres to the rules of classical physics — gravity, Newton’s laws of motion, etc.

However, when we zoom in on matter, looking at the atoms and subatomic particles that comprise it, we see that they have their own rules. The study of that tiny world and the rules that govern it is quantum physics.

Entanglement is one of the bizarre phenomena of the quantum world. It refers to the ability of two particles to become bonded to one another. Whatever happens to one of the particles is instantly reflected in the other, even if they’ve been separated by vast distance.

The transfer of this information from one particle to its entangled counterpart is quantum teleportation, and it’s at the center of plans for a quantum internet.

Not only would it allow us to send information from one place to another instantly, it’d also be super secure thanks to another weird quantum phenomenon (called superposition) that would let us know right away if someone intercepted the information.

Here’s the catch: the slightest interference can affect the accuracy (or “fidelity”) of the information being transmitted between entangled particles, and the greater the distance between them, the more opportunity for interference.

They demonstrated quantum teleportation with an unprecedented fidelity of 90%.

One of the biggest hurdles to a quantum internet, then, is finding a way to conduct high-fidelity quantum teleportation over long distances.

In 2017, Chinese scientists set a world distance record for quantum teleportation, sending entangled particles from a satellite in space to two ground stations, 745 miles apart from one another.

Now, the Fermi team, which includes scientists from a who’s who of prestigious institutions (CalTech, NASA, Harvard, etc.) has demonstrated quantum teleportation over a distance of 27 miles with an unprecedented fidelity of 90%.

For their demonstration, detailed in a recently published paper, the researchers teleported entangled particles of light over fiber-optic cables.

Because these are the same types of cables used for today’s communications networks, their technique could be more viable for a quantum internet than one that would require the creation of a network from the ground up.

The group also used off-the-shelf equipment for their quantum teleportation demo, with the exception of state-of-the-art superconducting nanowire single-photon detectors — you aren’t going to find those at your local electronics store.

They wrote in their paper that they believe their system is “a realistic foundation for a high-fidelity quantum internet with practical devices.” They’re already working on an upgraded version, too, which they expect to complete in the first half of 2021.

“(W)e are very excited that we can move to the next phase, utilizing the know-how and the technologies from this work towards the deployment of quantum networks,” Fermilab researcher Panagiotis Spentzouris told Vice. 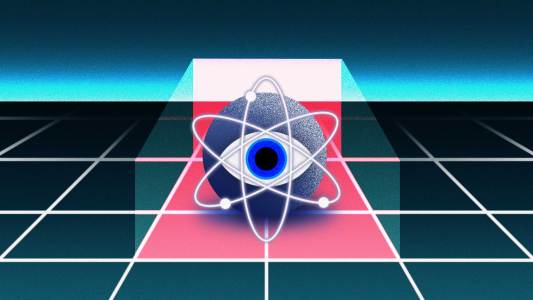 Generative adversarial networks are the scary AI producing deepfakes. But they have other uses too, and physicists are starting to harness their power.

AI
Physicists are starting to harness the power of deepfakes
Subscribe to Freethink for more great stories
Subscription Center
Sections
Video
Freethink
Subscribe
We focus on solutions: the smartest people, the biggest ideas, and the most ground breaking technology shaping our future.
Subscribe