Biotech startup Rejuvenate Bio says it has extended the lives of elderly mice by 7% using a technique called “partial reprogramming.” The preprint study has yet to undergo peer review, but if it holds up to scrutiny, it could be a vital step along the path to longer, healthy lives.

“The study results suggest that partial reprogramming could be a potential treatment in the elderly for reversing age-associated diseases and could extend human lifespan,” said Noah Davidsohn, Rejuvenate Bio’s co-founder and CSO.

Epigenetics 101: Your genome is a biological instruction manual, and it’s written in molecules of DNA arranged in a long double-helix. Genes are segments of this double helix, which mostly encode instructions for making specific molecules.

Nearly every cell in your body contains the same complete copy of your genome, but it isn’t constantly telling all of your cells to make all of its molecules, all the time — some genes are on, or “expressed,” and some aren’t. That’s what makes blood cells different from brain cells.

Chemical compounds attached to DNA, called “epigenetic marks,” help determine whether a gene will be expressed in a cell or not. These marks vary from cell to cell, and the collection of epigenetic marks within a single cell are known as its “epigenome.”

Cellular reprogramming: As we get older, our cells undergo epigenetic changes — genes that were on get turned off, and vice versa. These changes can negatively affect our tissue and organ function, leading to the characteristic signs of aging and the development of age-related diseases.

In 2006, Japanese researchers discovered that they could reprogram cells all the way back to their embryonic state, before they became specialized cells — essentially resetting the clock on their cellular age. They did this by increasing the expression of four genes: Oct4, Sox2, Klf4, and c-Myc (collectively, OSKM).

These genes are known as “Yamanaka factors,” after the scientist who won the Nobel Prize for discovering them, and some longevity experts believe using them to partially reprogram cells — that is, revert them to a time before age took its toll on them — is the key to a longer, healthier life.

Rejuvenate’s approach closely mimics how we might use partial reprogramming to treat aging in people.

So far, partial reprogramming has been used to extend the lives of mice with premature aging disorders, and it has successfully reprogrammed damaged retinal cells in blind mice, giving them the ability to see again.

Rejuvenate Bio has now used the technique to extend the lives of mice that were already old at the time of the therapy, more closely mimicking how we might use partial reprogramming to treat aging in people.

The latest: For their study, released on the preprint server bioRXiv, Rejuvenate researchers used a modified virus to deliver the genes that tell cells to produce three of the Yamanaka factors (OSK) into the bodies of 124-week-old mice (the mouse equivalent of 77-year-old people).

The big picture: Even if Rejuvenate’s gene therapy is confirmed to work in mice, treatments that work in rodents often don’t translate to people, so we’ll need to see how it fares in animals that are larger, longer lived, and more closely related to humans.

Reprogramming with Yamanaka factors has also been linked to the development of cancer in other animal studies. The Rejuvenate team didn’t see any signs of tumor development in their mice, but that may have been because the animals simply don’t live long enough.

Those caveats aside, this is the first evidence that partial reprogramming can extend the lives of senior animals — a huge win for those hoping the technique can lead to a longer life.

“This is a powerful technology, and here is the proof of concept,” Davidsohn told MIT Technology Review. “I wanted to show that it’s actually something we can do in our elderly population.” 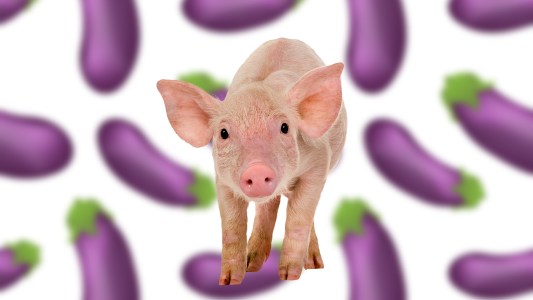 Artificial penis tissue that restored erections in injured pigs might one day do the same for people with erectile dysfunction.