The gene-editing system, CRISPR-Cas9, is truly revolutionizing medicine: in the future, it may help us eradicate ailments from sickle cell, cancer, and even blindness.

While this system allows scientists to make changes to DNA, the changes are permanent. On the one hand, this is useful, because it could potentially cure genetic diseases without requiring a lifetime of treatment.

The downside is that unintended consequences of the edits are difficult to fix — especially “off-target” edits, where CRISPR changes the wrong stretch of DNA. This is a huge concern for the scientific community — no one wants to be responsible for genetic mutations that go awry.

But what if the changes were not permanent? What if we could simply turn CRISPR off whenever we wanted?

An off switch: A team of researchers at MIT and UCSF has developed a new gene-editing system that they call “CRISPRoff.”

According to the researchers, this system can change how specific genes behave, much like CRISPR, while leaving the DNA strand unaltered — and even better, these modifications are completely reversible.

How it works: The traditional CRISPR system invented in 2012 relies on a protein called Cas9, which is found in bacterial immune systems. Cas9 can target specific genes and cut the DNA strand, removing or replacing defective genes. The DNA then self-repairs and continues functioning after the gene has been removed.

Because this system alters the DNA sequence, the changes are permanent, and even though CRISPR is one of the most accurate ways to change DNA, it can be difficult to ensure that the modification will always be limited to that one gene.

CRISPRoff doesn’t modify the DNA sequence, instead, it changes the way those sequences are read.

“As beautiful as CRISPR-Cas9 is, it hands off the repair to natural cellular processes, which are complex and multifaceted,” MIT’s Jonathan Weissman and coauthor of the study, said in a press release. “It’s very hard to control the outcomes.”

CRISPRoff is a new kind of gene-editing technology that doesn’t modify the DNA sequence, but instead changes the way those sequences are read.

With this system, scientists can silence or activate various genes by adding chemical tags onto the DNA strand, without making any permanent changes. The tags cause the DNA to become unreadable by the cell’s messenger RNA, the molecule responsible for carrying instructions from the DNA to make proteins.

So rather than cutting a page out of the DNA book, it’s more like taping the pages together: the genetic reader will skip over the hidden page, even though it is still there. (If it is activating a gene instead of silencing it, it’s more like putting in a bookmark to emphasize that spot.)

These DNA tags can be replicated indefinitely when the cell reproduces itself  — in a way that the scientists claim is safer because it affects the expression of a gene (whether it’s activated or silenced) and not the DNA itself.

One big advantage is that it is easier to reverse the change — split the taped pages apart again, or pull out the bookmark — than if you had altered the DNA code itself by cutting out a page.

“It changes the game so now you’re basically writing a change that is passed down through cell divisions,” said UCSF professor and co-author of the study, Luke Gilbert. “(I)n some ways we can learn to create a version 2.0 of CRISPR-Cas9 that is safer and just as effective, and can do all these other things as well.”

Making the switch: The researchers tested their system on a gene that makes a protein called Tau, which has been considered a prime suspect behind Alzheimer’s disease.

They created a “protein machine” — consisting of a protein and small RNAs — that can locate specific areas on DNA strands, much like CRISPR. This system then adds the chemical tags onto the specific genes in order to silence their expression.

The genes could then be easily reactivated by removing the chemical tags.

In the experiment, the researchers “almost entirely” silenced the Tau protein.

“What we showed is that this is a viable strategy for silencing Tau and preventing that protein from being expressed,” said Weissman in a press release, adding, “The question is, then, how do you deliver this to an adult? And would it really be enough to impact Alzheimer’s? Those are big open questions, especially the latter.”

Big implications: To the researchers’ surprise, CRISPRoff didn’t just work for genes — the parts of the genome that contain instructions for making proteins. It was able to silence other regions of DNA responsible for gene expression, even regions that do not make proteins. This means there are many potential applications of this system.

“Since we now can sort of silence any part of the genome that we want, it’s a great tool for exploring the function of the genome,” Weissman said. 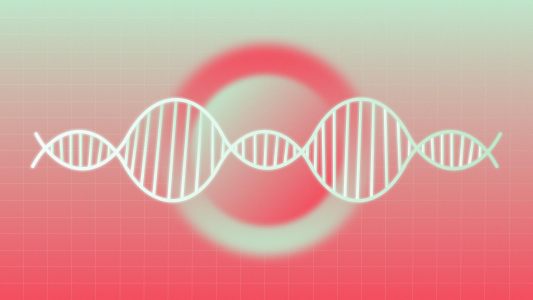 Gene therapy shows promise for treating diseases and the longstanding mysteries of medical science. But what is gene therapy and how does it work?

CRISPR
How scientists finally got gene therapy to work
By Teresa Carey
Subscribe to Freethink for more great stories
Subscription Center
Sections
Video
Freethink
Subscribe
We focus on solutions: the smartest people, the biggest ideas, and the most ground breaking technology shaping our future.
Subscribe