A strange learning phenomenon called the “spacing effect” is finally starting to make sense, thanks to the efforts of some chocolate-hunting mice.

The spacing effect: More than a century ago, scientists discovered that breaking up learning sessions helps people remember what they’ve learned.

You might have experienced this yourself, if you ever noticed you perform better on tests if you spread out your studying, rather than cramming in one long session.

Researchers dubbed the phenomenon the spacing effect, but could never explain how or why study breaks give us a memory boost.

The trials: To understand the spacing effect, scientists at the Max Planck Institute of Neurobiology gave mice three opportunities to explore a maze and learn the location of a hidden piece of chocolate.

The time between the learning trials varied — some mice only had 30 seconds between attempts, while others waited up to an hour. After the trials ended, the mice took a day off.

Then the rodents were given three new opportunities to run the maze and find the chocolate — these were the memory trials.

The results: During the first three learning trials, the mice that only had a 30-second break found the chocolate more quickly during their second and third times in the maze than those that had longer breaks.

However, during the memory trials, the mice that got longer “study breaks” during the learning phase found the chocolate more quickly — the spacing effect in action.

Unexpected discovery: To figure out exactly how the spacing effect was helping the mice remember where their chocolate reward was hidden, the researchers recorded the rodents’ brain activity during the experiment.

They discovered that the pattern of neurons firing in the brains of mice who got only short breaks between learning trials were inconsistent — they might fire in one pattern during the first trial, then very different patterns during the second and third.

The mice that got longer breaks between learning sessions, however, displayed more uniform patterns of neural activity — and this was the opposite of what the researchers thought they would see.

“If three learning phases follow each other very quickly, we intuitively expected the same neurons to be activated,” Pieter Goltstein said. “After all, it is the same experiment with the same information.”

“However, after a long break,” he continued, “it would be conceivable that the brain interprets the following learning phase as a new event and processes it with different neurons.”

The cheat sheet: This discovery suggests that giving the brain a break between learning sessions helps it recognize familiar information as familiar.

That, in turn, causes it to fire the same neurons that were activated the first time it encountered the information, helping cement the memory in your mind.

While this doesn’t exactly explain why the spacing effect happens, it at least clears up some of the mystery surrounding the “how” — and confirms the importance of study breaks. 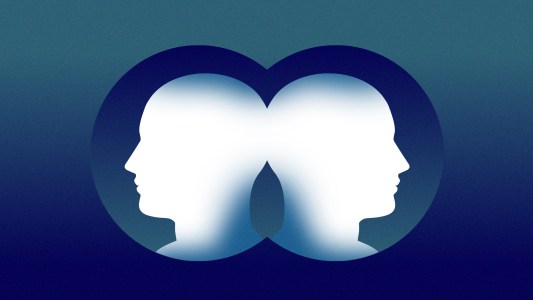 A small phase 2 study has found evidence that ALS medication riluzole may have potential as a drug for Alzheimer’s.