Svante Pääbo was not expecting to receive a call from the Nobel Prize Committee.

“I was just gulping down the last cup of tea to go and pick up my daughter at her nanny where she had an overnight stay, and then I got this call from Sweden and I of course thought it had something to do with our little summer house in Sweden. I thought ‘oh the lawn mower’s broken down or something’,” he recalled when speaking on the phone with Adam Smith, Chief Scientific Officer of Nobel Prize Outreach, shortly after Pääbo heard that he had won the eminent award in the physiology or medicine category, along with its 10,000,000 Swedish Krona cash prize (about $910,000).

2022 Nobel Prize in Physiology or Medicine

Nobel Prizes aren’t always awarded for discoveries well-known outside academia, but you’ve probably heard of the ones that earned Pääbo his medal: sequencing the Neanderthal genome, discovering a previously unknown hominin (the Denisovans) from a finger bone found in a cave in Siberia, and turning up strong evidence that humans mingled and mated with both of these now-extinct hominins. Modern-day humans with European descent carry about 1-2% Neanderthal DNA, while people living in many parts of Asia have about 1-6% Denisovan DNA.

“Until quite recently, maybe 1,400 generations or so ago, there were other forms of humans around and they mixed with our ancestors and have contributed to us today… The last 40,000 years is quite unique in human history, in that we are the only form of humans around,” Pääbo said.

Before these discoveries were published in top-tier scientific journals, catapulting Pääbo to academic fame, the Swedish geneticist painstakingly struggled to sequence the DNA of Neanderthals, humans’ closest known relatives, who populated Europe and Western Asia from around 400,000 years ago until 30,000 years ago. It was a tall task, as DNA degrades with a half-life of about 521 years, meaning that every half-millennium or so, half of these information-rich molecules break down. Pääbo also had to contend with rampant contamination in bone samples, from bacteria and other sources, which moved in over the millennia. He spent decades refining methods to collect and sequence DNA.

Pääbo eventually focused on DNA taken from mitochondria, the cell’s powerhouses, which, though it contains less genetic information, is present in thousands of copies. In 1997, he and a team announced that they had sequenced a region of mitochondrial DNA from a 40,000-year-old piece of bone belonging to a Neanderthal. Thirteen years later, with better technology and improved methods, as well as significant help from colleagues at the Max Planck Institute for Evolutionary Anthropology, which Pääbo helped found, he succeeded in sequencing the entire Neanderthal genome from DNA inside cells’ nuclei. He and his team’s DNA-sequencing prowess have since produced more discoveries, including the existence of Denisovans and a genetic history indicating that humans and our hominin ancestors interbred.

Pääbo’s discoveries in relation to human origins and ancestors arouse profound thoughts about our place on planet Earth.

“Sometimes I think it’s interesting to think about if Neanderthals had survived another 40,000 years, how would that influence us?” Pääbo wondered. “Would we see even worse racism against Neanderthals, because they were really in some sense different from us? Or would we actually see our place in the living world quite in a different way when we would have other forms of humans there that are very like us but still different. We wouldn’t make this very clear distinction between animals and humans that we do so easily today.”

Interestingly, Pääbo won the exact same Nobel Prize as his father, Swedish biochemist Sune Bergström, who shared the 1982 prize in physiology or medicine with Bengt I. Samuelsson and John R. Vane, for discoveries concerning prostaglandins and related substances. Pääbo, however, gives more credit for his success to his mother, Estonian chemist Karin Pääbo, who gave birth to Svante after an extramarital affair with Bergström.

“It makes me a bit sad that she can’t experience this day,” Pääbo said. “She… was very much into science, and very much stimulated and encouraged me through the years. My father and I did have some contact, too, and he took a big interest in my work, but it was not that close a relationship as with my mother,” he told Smith over the phone.

Pääbo cordially ended the interview soon thereafter. He had to pick up his daughter. 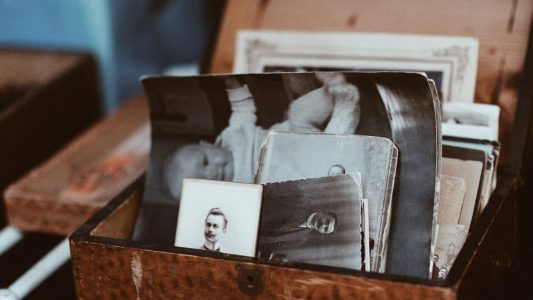 Entire religions are constructed around theories of an afterlife, but former monk Stephen Batchelor lists three reasons you won’t come back.

Neuroscience
Three reasons “you” won’t return after this life
Subscribe to Freethink for more great stories
Subscription Center
Sections
Video
Freethink
Subscribe
We focus on solutions: the smartest people, the biggest ideas, and the most ground breaking technology shaping our future.
Subscribe