Feeling centered and in control of your body is a part of being human that we take for granted in our daily lives. But for millions of people  suffering from post-traumatic stress, epilepsy, or another neuropsychiatric condition, this sense of self can slip out their hands in moments of “dissociation.”

These dissociated states, which are often described as out-of-body experiences, are not inherently harmful in themselves, but they can be extremely disorienting and affect a person’s quality of life. And even stranger than these moments is that scientists do not have a good understanding of how or why these states occur.

But new research published this September in the journal Nature may have just gotten closer to figuring it out than ever before — using mice, a human, and some advanced brain-scanning technology. This new knowledge could bring us closer to targeted treatments for PTSD and epilepsy.

Starting With What We Know

While scientists did not know exactly what in the brain causes dissociative states, they did know that certain drugs, like ketamine, could also induce these states. So, to start, the researchers wanted to look into the brains of mice to see what was happening when ketamine sent them into the mouse-equivalent of a dissociative state.

To determine whether ketamine was in fact eliciting a unique brain state, researchers gave the mice a sampling of different sedative or hallucinogenic drugs, including two other drugs like ketamine known to cause dissociation.

The brain activity of these drugged mice showed electric oscillations in a part of the brain called the retrosplenial cortex — an area of the brain responsible for memory and navigation. Importantly these oscillations did not occur in response to other types of drugs, like LSD.

On a closer look, the researchers saw that these low-frequency oscillations were restricted to just a small part of the retrosplenial cortex. For a drug like ketamine, which causes activity across a wide swath of the brain, it was unexpected to see activity like this in such a concentrated area.

To determine if these specific brain patterns and the dissociative states were actually connected, the researchers tried to elicit this response in the mice without ketamine, using neural stimulation. (Since mice can’t actually express to scientists whether they’re experiencing a dissociative state, the researchers went off their responses to  physical indicators, like feeling their paws touch a hot plate but not licking them to cool down, instead.)

In these undrugged mice, scientists modified two proteins in the retrosplenial cortex to be sensitive to light and exposed them to alternating blue and yellow light as stimulation. When exposed to these lights, the mice displayed the same blunted responses to stimuli as they had when under the ketamine-induced state.

But what does this mean for humans? In a patient with pre-existing electrode implants in their brain, the research team stimulated an analogous part of the human brain and found they were able to reliably stimulate a dissociative state.

In addition to being an exciting discovery in itself, the researchers are also hopeful that further exploration of dissociative experiences in humans could lead to new targeted treatments for disorders that cause them, including PTSD, borderline personality disorder, and epilepsy.

Less tangible — but just as interesting — the study’s senior author, Karl Deisseroth, said that this could help scientists better understand what chemical reactions in our brain create our sense of self.

“This study has identified brain circuitry that plays a role in a well-defined subjective experience,” Deisseroth, a professor of bioengineering and psychiatry and behavioral sciences at Stanford University, said. “Beyond its potential medical implications, it gets at the question, ‘What is the self?’ That’s a big one in law and literature, and important even for our own introspections.” 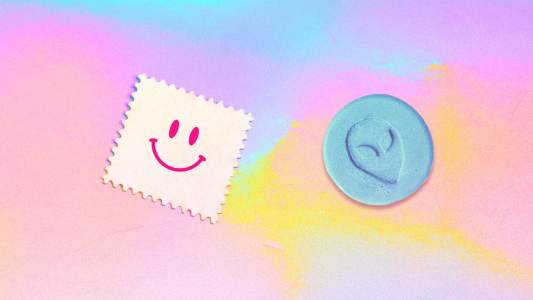 A clinical trial of mixing LSD and MDMA, known as “candy flipping,” wants to see if molly can take a trip’s edge off and make LSD therapy more effective.