The first dance at my wedding lasted exactly four minutes and 52 seconds, but I’ll probably remember it for decades. Neuroscientists still don’t entirely understand this: How was my brain able to translate this less-than-five-minute experience into a lifelong memory? Part of the puzzle is that there’s a gap between experience and memory: our experiences are fleeting, but it takes hours to form a long-term memory.

In recent work published in the journal Neuron, my colleagues and I figured out how the brain keeps temporary molecular records of transient experiences. Our finding not only helps to explain how the brain bridges the gap between experience and memory. It also allows us to read the brain’s short-term records, raising the possibility that we may one day be able to infer a person’s, or at least a laboratory mouse’s, past experience – what they saw, thought, felt – just by looking at the molecules in their brain.

To uncover how the brain keeps track of an animal’s experience, we started by asking how the brain records its electrical activity. Every experience you have, from chatting with a friend to smelling french fries, corresponds to its own unique pattern of electrical activity in the nervous system and brain. These activity patterns are defined by which neurons are active and in what way they’re active.

The way in which a neuron is active, on the other hand, encompasses an infinite number of possibilities. Neuronal activity consists of pulses of electricity that can occur in pretty much any pattern over time that you can imagine. Electrical activity can vary in duration, or whether the pulses occur in clumps or steadily. In this case, lifting a heavier weight will lead to more pulses per minute.

In our experiments, we couldn’t test every possible pattern of electrical activity, so we focused just on the way neurons record how long they are active.

We predicted they’d keep these records by turning on genes. All the cells in your body have pretty much the same genes encoded in their DNA. But different genes turn on depending on the type of cell and what it’s encountered in its life. Which genes are activated in a particular cell are what makes it different from other cells.

For about 30 years, researchers have known that neurons turn on certain genes when they’re electrically active. When a gene in a neuron is turned on, the cell sends a molecular Xerox machine to that gene’s place in the DNA. The molecular Xerox makes lots of copies of the gene in the form of new molecules. These new molecules aren’t made of DNA, but rather the closely-related RNA. These RNA molecules remain in the cell for hours to days and serve as the brain’s record of which neurons were active.

But we wanted to know whether the genes that are on in neurons can record not just that they’ve been at all active but also the way they’ve been active. That is, do neurons that are activated differently – for longer or shorter time periods, for instance – turn on different genes?

We thought they would: Long-term memories are stored in physical changes to the neurons themselves, and the type of change is determined by the pattern of electrical activity the neuron experiences. So we predicted that the brain would need to keep track not only of which neurons were active, but also the way those neurons were active in order to make those lasting changes.

In our experiments, we activated mouse neurons growing in a dish by exposing them to a chemical that turned them on. As long as the chemical was there, the neurons were active, allowing us to keep them turned on for various lengths of time.

We found that, indeed, neurons in a dish that are activated for different lengths of time turn on different genes. And this genetic record-keeping is unexpectedly simple: The longer neurons are active, the more genes they turn on.

This turned out to be true not only in neurons growing in a dish, but also in the brains of living mice. By exposing mice to bright lights, we were able to activate the neurons in the vision center of their brains for as long as the lights were on. The longer the lights shone, the more different genes turned on, their RNA copies building up in the cell. This means that the set of molecules found in a briefly active neuron is different from that found in a neuron that was active for a long time.

Our work only explains how neurons keep track of how long they were active, but we think neurons may well keep track of all aspects of their activity in the same way. But why would the brain keep this molecular record of an animal’s experiences?

I think of these molecular records as being like a newspaper. The brain writes an article about each experience by turning on a specific set of genes in a specific set of neurons. These articles – in the form of RNA molecules – will remain around for hours to days. But just as days-old newspapers are usually tossed out, the copies of the activated genes are not how the brain stories memories for decades.

Instead, the brain reads its temporary newspaper-like records to write its history books: long-term memories. When your brain stores a memory of an experience, it physically changes the connections between the neurons that the experience activated. Those changes can last a lifetime – like my wedding memories. Our group thinks the genes that are on in a neuron probably tell it what kinds of changes to make, like the articles in a newspaper tell scholars what to write in history books.

My colleagues and I thought that if the brain is able to read these molecular records when writing its long-term memories, we should be able to read them, too. Like any reliable record, the genes that turned on in response to short versus long activity were predictable. They were actually so predictable that we were able to figure out if a group of neurons had been activated for a long time or a short time just by looking at which genes they had turned on.

So far we can only read how long a neuron’s been active, but if we could fully read the brain’s records, we might be able to infer someone’s experience of their day just by looking at the RNA molecules present in their brain. We could look at the genes that are on in your neurons and figure out that in your workout this morning you lifted a 5-, not 10-, pound weight with your right, not left, hand. And we could tell that you were daydreaming about your date tonight while you did it.

Unfortunately for aspiring mind-readers who are willing to put aside any ethical qualms, it’s not actually possible to look at the molecules present in the brain of a living person and probably won’t be in the foreseeable future. Furthermore, we don’t entirely understand which brain activity patterns correspond to which experiences. So even if we could read these records fluently, we wouldn’t be able to infer experience.

Instead, we hope that understanding the brain’s record-keeping will provide an easier way to measure brain activity in lab animals for researchers trying to figure out the correspondence between experience and brain activity. Current technologies are somewhat inefficient and can only measure activity in real time, so reading the brain’s genetic records could make these experiments more feasible.

So while molecular mind-reading in humans stays relegated to science fiction for now, our work begins to allow scientists to read the records in the brains of lab mice. It’s a step toward understanding how the brain converts experience to electrical activity to memory.

Kelsey Tyssowski is a graduate student in Biomedical Science at Harvard University. This article was first published on The Conversation.

AI
Does this artificial intelligence think like a human?
A new technique compares the reasoning of a machine-learning model to that of a human, so the user can see patterns in the model’s behavior.

Medicine
Probiotic gut bacteria can produce a vital Parkinson’s drug
L-DOPA is a miraculous Parkinson’s drug with terrible side effects. Researchers have created drug-producing bacteria that may help.
Up Next 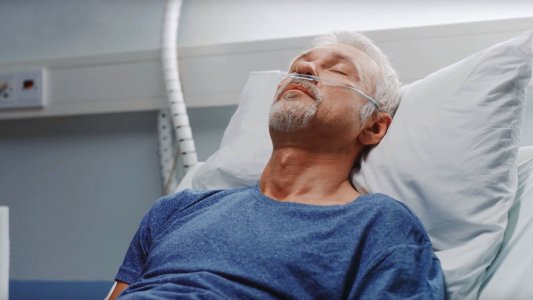 A scientist figures out how to talk to the brain when the body won’t respond.

Neuroscience
Using neuroscience to talk to people in a vegetative state4:55
Subscribe to Freethink for more great stories
Subscription Center
Challenges
Video
Freethink
Subscribe
We focus on solutions: the smartest people, the biggest ideas, and the most ground breaking technology shaping our future.
Subscribe