Can small doses of magic mushrooms and LSD improve your mental health?
Watch on YouTube
Up Next
Now Playing
Cannabis as a natural treatment for autism
7:07 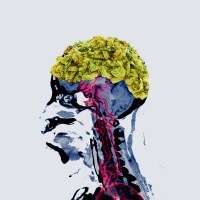 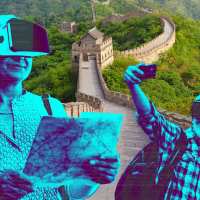 More and more people are beginning to experiment with microdosing to improve their happiness and effectiveness in daily life.

Meet Teresa, for example – a Californian who works in tech and website design. On the surface, this mother of two who’s been married for 13 years doesn’t seem like the type to use psychedelic drugs.

But when asked when she last took acid, she answers quite calmly, “Yesterday morning.” For about a decade, Teresa battled depression and didn’t receive relief from traditional treatments. She says microdosing has improved her mood, work habits, and overall well being.

The Latest Trend with Some of the Oldest Drugs

Chemist Albert Hoffman’s accidental discovery of LSD in 1938 was relatively recent, but experimenting with hallucinogens is nothing new. Humans have been using psilocybin mushrooms and mescaline for thousands of years.

Psilocybin is a hallucinogenic compound found in a type of naturally occuring mushroom. How is LSD made? Although created with a chemical process in a laboratory, LSD is derived from a compound called “lysergic acid,” which is found in ergot, another type of fungus.

So, what is microdosing? It certainly isn’t the San Francisco Trips Festival of 1966. It’s the no-flowers-in-your-hair practice of taking minimal amounts – fractions of a gram – of hallucinogenic substances like psilocybin or LSD, on a regular basis.

Why Many Are Saying “Yes” to Psychedelics

Individuals who microdose mushrooms, or those who microdose LSD, claim to experience an elevated mood, increased productivity, and a greater capacity for creativity – without suffering the hallucinogenic effects that many would consider debilitating during the normal course of a work day or a day of parenting.

Third Wave, a company dedicated to promoting the responsible use of psychedelic substances through education, lists some of the potential benefits of microdosing as better focus, energy, confidence, and motivation, in addition to reduced general and social anxiety.

There’s not just anecdotal evidence. Although more extensive studies are needed, some early research into the effects of microdosing on intelligence and creativity are demonstrating positive results, too.

The Science Behind Microdosing

Psychedelics have the power to change the physical structure of the brain. On a normal day, the brain has thoughts and carries out processes by firing electrical signals along neural pathways called “synapses.”

On recreational doses of psychedelic substances, much larger than those used in the practice of microdosing, this heightened brain activity is responsible for the hallucinations users experience. They might see or hear things that aren’t actually there, as the visual or auditory centers of the brain light up without external stimuli.

In patients suffering from mental illnesses like depression or anxiety disorders, psychedelics’ ability to form new neurons, dendrites, and synapses could potentially repair areas of the brain which might be damaged. As a result, patients might be able to achieve a more desirable state of consciousness by creating a new pattern or structure of thought.

How the Law Affects Research on Microdosing

Federal laws prohibiting these substances have made it difficult for legitimate researchers to legally obtain psychedelic drugs for scientific purposes. Interestingly, there were countless studies performed by the CIA regarding LSD and mind control during the Cold War.

But since these substances were criminalized by President Nixon’s Controlled Substances Act and the War on Drugs, scientific research on psychedelics and mental health is fairly scarce. In light of the microdosing movement, however, researchers are pressing on.

To get around the legality of researching controlled substances, some scientists use chemicals designed to mimic the effects of LSD or other particular drugs. Other, cleverly-structured research like Dr. David Erritzoe’s self-blinding microdosing study side-steps regulations by observing individuals who are already microdosing on their own.

While this research seems to be indicating a strong placebo effect among participants, results from other studies on microdosing still seem promising. And Johns Hopkins has recently dedicated $17 million to a psychedelic research center with the hopes of revealing fresh insights regarding consciousness, the brain, and mental health.

The Legality of Psilocybin Microdosing

Microdosing mushrooms is currently illegal everywhere in the U.S., as they’re considered a Schedule 1 narcotic.

The cities of Denver, Colorado and Oakland, California have voted to decriminalize the use of magic mushrooms, which means these cities won’t dedicate resources to penalizing their use. However, even in these cities, the possession and use of psilocybin mushrooms are still considered federal offenses.

Most countries completely prohibit psilocybin and magic mushrooms, but in some places like Brazil, the Netherlands, Jamaica, and the British Virgin Islands, there are gray areas that make their consumption and possession legal, or at least not something that would be prosecuted.

In the U.S., LSD is classified as a Schedule 1 controlled substance, and it’s illegal in most countries around the world. LSD’s legality varies in some places though, such as Mexico, Ecuador, and the Czech Republic, where it either depends on the amount in possession or comes with extremely minimal penalties.

In Portugal, LSD is illegal, but it’s widely available and the law is not enforced. Clearly, the illegality of psychedelic drugs has not completely stopped people from using them recreationally.

The future of legal microdosing and its potential use within mental healthcare depend on the results of early scientific research into its effects. While these substances will likely not be legalized in the U.S. any time soon, anecdotal evidence regarding the benefits of microdosing continues to accumulate.

Only research and time will tell if the reported benefits of microdosing are genuine or simply a product of the placebo effect and the innate power of the mind. For more stories from our Dope Science series, subscribe to Freethink.