DIY regenerative ocean farms: The future of food and fuel?

These simple seafood farms are on their way to healing 1,000,000 acres of damaged oceans by 2030 - while creating food and jobs.
Up Next
Now Playing
Is living with your parents the new American dream?
7:10 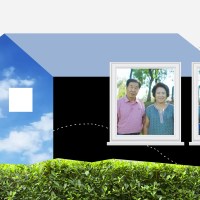 Now Playing
What if your heart attack could be prevented?
Watch 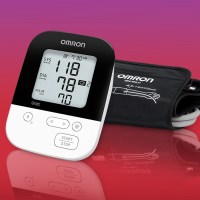 Now Playing
Instant delivery for everyone on Earth
Watch 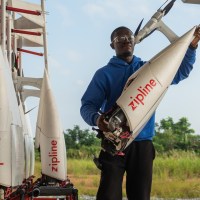 It’s a simple problem: We’re running out of good land to produce food, so we need to keep producing more food on less land.

Currently, half of all livable land on Earth is given over to agriculture. The good news (sort of) is that the land we are currently using isn’t being used as well as we could be, as poor growing practices and pesticides deplete precious soil resources.

A similar scenario is playing out in our oceans, where plastic, pollution, and overfishing are pressuring a food source that feeds millions.

Finally, you can add the massive carbon footprint of agriculture, especially from raising meat, and its contributions to climate change, which negatively affects the ocean, as well.

Enterprising farmers, fishermen, and farmers-slash-fishermen are turning to a solution they think can not only help provide more food more sustainably, but actually help replenish and heal the oceans — a practice known as regenerative farming.

Raising marine plants and animals together, called ocean farming or “aquaculture,” can not only help us grow food but also fight climate change and clean up coastal waters.

Carbon-capturing kelp pulls CO2 out of the water and air, and water-filtering shellfish can purify ocean water. Seaweed and shellfish are both natural filters, with oysters filtering through up to 225 liters of water a day.

This means that sea farms growing them can actually remove excess carbon, nitrogen, and other pollutants.

Ocean farms also provide a natural habitat for other forms of marine life, and human-planted kelp forests could replace lost marine habitats and bolster those that are shrinking.

Fertilizer plays a crucial role in our ability to grow vast amounts of food — enough for the world’s population and thensome. But it’s made using copious amounts of natural gas, and the runoff from excess nitrogen fertilizer pollutes waterways. Pesticides can also run off during rains and irrigation, killing animals we never intended to kill and polluting water sources.

The plants and animals involved in ocean farming are essentially turnkey; once the system has been set up in place, you can let the marine life do its thing until it is ready for harvest. Not only does this lead to a lower carbon footprint, but, even more importantly, it means no fertilizers, pesticides, or herbicides are needed.

These regenerative practices make aquaculture attractive not only from a production standpoint, but for sustainability, too.

The aquaculture setups designed by GreenWave are to the point and time-tested: using ropes, baskets, and crates, they cultivate seaweed, kelp, and shellfish.

“It might seem pretty simple, and not exactly technologically the most futuristic thing,” futurist Tom Carroll says. But the way aquaculture is approached is key to its appeal.

Ocean farming has an advantage the traditional landlubber farming does not: you can do it in 3D, layering your products, like a seafood tower, to fit more in less space.

By taking advantage of the entire water column, aquaculture can produce up to 30 tons of sea vegetables and 250,000 shellfish per year, per acre.

Ropes of seaweed, kelp, and other sea vegetables are first strung close to the surface, where they can suck up the sunlight needed to fuel their rapid growth. Hanging from longlines below the plant life are containers filled with shellfish like mussels and scallops. And at the bottom, crates serve as homes for oysters and clams, waiting for shaved ice and champagne.

By using a variety of crops and creatures which all grow together in harmony, aquaculture can not only maximize space and yield, but is also more resilient than many forms of land-based farming, where reliance on one strain of one crop can lead to entire fields being wiped out with one disease.

GreenWave, a nonprofit founded by former fisherman Bren Smith, is helping to foster 3D ocean farming, with the goal of getting 10,000 farmers laying lines and bringing up bivalves within the decade. The nonprofit helps interested farmers set up their first farms, requiring only a boat and comparatively little capital — about $20,000 to $50,000.

Importantly, GreenWave is also trying to correct one of 3D ocean farming’s current weaknesses: a market. While the seafood and seaweed markets are growing, farmers need to find demand to meet, or the farms will flounder. GreenWave’s Seaweed Source is designed to help small and medium sized sellers connect with buyers, although it is currently limited to New England.

The market for seaweed is growing, however — you can use it for animal feed, packaging, or to make a burger. And the plants have other uses too that make them attractive tools for not only averting some damage from climate change, but helping to reverse it as well.

Growing up on Lake Michigan, Adam Baske always wanted to be a fisherman. But instead of claiming carp from the frigid inland seas, Baske is capturing carbon off the coast of Maine with Running Tide Technologies.

Just how much carbon kelp can capture is still unknown, although research is underway to find out.

Seaweed is also a potential source of biofuel.

The aptly named giant kelp can grow up to a foot a day, without needing fresh water, fertilizer, or land, Southern Cal researchers wrote in The Conversation. This makes them both more sustainable and scalable than commonly used biofuel crops like corn, palm, or soybeans.

According to the researchers, marine plant life can be turned into a variety of energy sources, including ethanol and “bio-crude” (organically derived oils that can be refined into fuel), potentially powering trucks, planes, and other large vehicles that are difficult for current battery technology.

Turning to the Sea

Humans have relied on the oceans to provide food for centuries, with ancient Romans cultivating oysters in baskets — not too far removed from the 3D aquaculture GreenWave is helping to promote today.

By turning again to the sea, and not only utilizing it but healing it with regenerative farming, we may be able to keep up the pace with less waste and a better world.