On May 25, George Floyd, a 46-year-old black man, was killed by police officer Derek Chauvin, who knelt on Floyd’s neck for nearly 9 minutes until he died.

Footage of Floyd’s death, captured by both bystanders and security cameras, quickly went viral, sparking days of protests all across the nation — some peaceful, some turning violent.

The response to Floyd’s death is ongoing, and the problems it highlights (racism, police brutality, etc.) won’t be solved overnight — but the good news is that there is no shortage of smart and tenacious people working to make our criminal justice system more humane.

If you’re wondering how to understand the issues at play, here’s a list of insightful articles to read, thoughtful criminal justice reform journalists to follow, and tangible things you can do to be a part of the solution.

8 Minutes and 46 Seconds: How George Floyd Was Killed in Police Custody

If you aren’t sure of the details surrounding the death of George Floyd, this New York Times article reconstructs the timeline using footage captured by witnesses and security cameras, as well as official documents.

What We Read When We Read About George Floyd

While much of the focus surrounding George Floyd right now is, understandably, on his death, this Minnesota Monthly piece highlights his life, providing links to obituaries, tributes, and statements from those who knew the man.

1,003 People Have Been Shot and Killed by Police in the Past Year

If you’re looking for more context on the deaths of civilians at the hands of on-duty police officers in the U.S., this Washington Post database is a good place to start. It includes details on every fatal shooting since 2015 and highlights notable statistics, including the disproportionate number of black victims.

The Police Act Like Laws Don’t Apply to Them Because of Qualified Immunity. They’re Right.

Derek Chauvin has already been arrested and charged with third-degree murder for the death of George Floyd. However, the claims against him may be dismissed due to “qualified immunity,” a legal doctrine explained in this opinion piece from USA Today.

Since 2017, the police department in Stockton, California, has been attempting to rebuild its relationship with black and latino communities. This Citylab article highlights the success it’s had so far, as well as the barriers that have made reconciliation between police and residents so hard to achieve.

Do We Need More Police or Better Police?

Black people are disproportionately likely to be victims of crime and of police harassment. That means black communities need resources to deal with crime but also often can’t trust that police officers will treat them fairly. The solution to this Catch-22, explored by Freethink in 2019, could be not more police, but better ones.

Granta published this lengthy look into police violence in 2016, and its takeaways — that police commit 8-10% of all U.S. homicides and habitually deny responsibility for these deaths — are incredibly relevant as we aim to understand the context surrounding the George Floyd killing.

Opinion journalist for the Washington Post and author of “The Rise of the Warrior Cop,” a book about the militarization of America’s police forces

The New York Times Magazine staff writer and expert on the U.S. criminal justice system and efforts to reform it

How You Can Help

Donate Your Time and/or Money 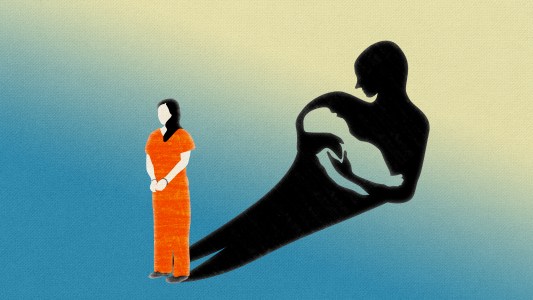 Breastfeeding isn’t a right afforded to mothers in prison. One former inmate wants to change that.

Activism
Fighting to get breast pumps to mothers in prison
Subscribe to Freethink for more great stories
Subscription Center
Challenges
Video
Freethink
Subscribe
We focus on solutions: the smartest people, the biggest ideas, and the most ground breaking technology shaping our future.
Subscribe