The new Tiny Home Village in Albuquerque, New Mexico, might look like a scene out of Edward Scissorhands — identical colorful houses, perfectly aligned in a row. But for the residents, it offers a new chance at life. The Tiny Home Village (THV) helps homeless people finally get off the street by cultivating routine, a sense of community, and pride.

“We envisioned a place where individuals experiencing homelessness would have the opportunity to gain stability, emotionally and financially, in a supportive, safe environment,” wrote Debbie O’Malley, Bernalillo County Commissioner, in the Albuquerque Journal. “It’s also important we address homelessness at its root causes, which include the emotional, behavioral, and medical issues facing this population.

The problem: There are more than 550,000 people in America experiencing homelessness on any given night. That number has been increasing in the last five years. Between 2019 and 2020, homelessness in the U.S. increased by 2% or 12,751 people, and the pandemic exacerbated the problem.

Albuquerque is no exception. Like many cities, Albuquerque has “tent cities,” with as many as 25 or more tents. Even as city officials evict residents, another tent city elsewhere will pop up, causing a lot of trash and angering businesses and residents in the area.

Relational poverty” is a significant factor in keeping people homeless.

Just providing shelter and food for one night isn’t enough to end the problem. Homeless people need a place to go — a place to rehabilitate and get back on their feet.

Kevin Adler, CEO of Miracle Messages, an organization that helps homeless people get off the streets by reuniting them with family, told Freethink that “relational poverty” is a significant factor in keeping people homeless. They need a support network to rely on.

Without the right support system and resources in place, the problem will persist.

“We see the level of visible homelessness in a completely different state than we have” in the past, Donald Whitehead, executive director of the National Coalition for the Homeless, told the Christian Science Monitor. “That’s really pushing people to look for new options, that are really old options.”

The THV aims to offer a new type of solution by providing both community support, rehabilitation, and a temporary home.

How it works: The THV just opened its 30 doors to homeless people in the area. Each home comes with the basics: a desk, chairs, bed, and closet. Most importantly, it comes with a door the residence can close and lock, giving them privacy and a sense of ownership.

A community house is situated in the center of the village, where residents can find the supplies they need to complete daily tasks like cooking, doing laundry, or using the Internet, reports Good News Network.

Albuquerque isn’t the only city sheltering homeless people in tiny homes. Earlier this year, an indoor small house community opened up in Minnesota, offering 100 people their own indoor living space. Other states, like California, Colorado, and Washington, also have tiny home villages. Dignity Village in Portland has been operating since 2000.

“We’re trying to give the villagers some tools that would stand them in really good stead once they do move out.”

The gated community is designed to be more than a basic homeless shelter — more than a safe place to spend the night. The idea behind the occupational therapy project models other homeless villages: if residents can have a sense of pride in their home and the opportunity to self-govern, they will learn responsibility and routine — the skills necessary to make the challenging transition off the streets back on their own feet.

The THV wants to create a self-governance model. Residents have an essential role in determining how the community operates daily. The idea, reports the Christian Science Monitor, is that this sense of responsibility, self-respect, and community is crucial in assisting individuals in making a long-term transition out of homelessness.

“We’re trying to give the villagers some tools that would stand them in really good stead once they do move out,” Ilse Biel said.

How well is it working? Because of the goal of recovery and transition, landing a home in the village isn’t easy. There is a strict application process. As a result, the village only has six residents currently.

“We had ten and there were some folks who couldn’t stay sober or had problems and they had to leave,” O’Malley told KOB4, adding that they aren’t accepting new applications currently, and the application process could take weeks.

The six residents currently living there contribute to the community and their recovery with chores and therapy.

Social Entrepreneurs
What if your ideas about strangers are all wrong?
The surprising benefits of talking to strangers.
Up Next 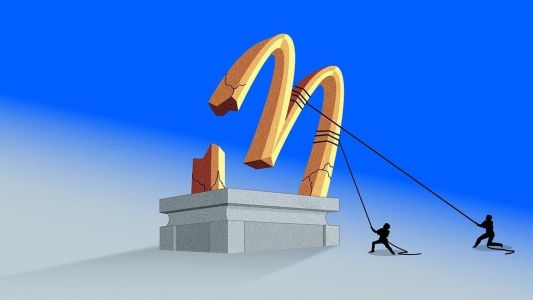 Everytable is scaling access to wealth through a healthy fast food revolution.