There’s bikes arranged around her in the storefront — rows of cruisers, kid’s bikes, road bikes, mountain bikes, and vintage bikes (including one striking Schwinn Paramount in brilliant cobalt yellow). There are bikes beneath her feet, lined up like Terracotta Warriors in the basement — squeezed in so tight that the handlebars look like a gleaming basket weave. There are bikes piled up behind her on the loading dock, heading to Africa or Central America. There are bikes above her, on the second floor, stacked and waiting patiently for mechanics’ attention.

“Everyone in the world, and especially children, deserve the joy of a bike.”

Working Bikes has, well, a lot of bikes.

The nonprofit has spent nearly two decades rescuing bicycles from the waste cycle and giving them a new home and purpose. Some recycled bikes are refurbished and sold in their shop at discounted prices. Others become donations for  people who need them, from Chicago and South Africa to Egypt and El Salvador (and many places in between). Only those beyond repair are scrapped.

Some recipients have raised enough money to purchase the shipping container the bikes come in, turning it into a bike shop for income and employment opportunities.

According to Snyder, roughly 12,000 bikes a year pass through their turn-of-the-century building on Chicago’s West Side. To date, about 70,000 have been donated in Chicago and overseas. The majority are bike donations from individuals, Snyder says.

Volunteers Are the Heart of Working Bikes

Working Bikes doesn’t just spruce up old bicycles, they provide a community for cyclists who want to volunteer and learn more about bike maintenance. Volunteers can come five times a week and get a chance to work on their own bikes — with access to the nonprofit’s tools and expertise — and learn how to maintain their machine or just tinker around. Volunteers also work on recycled bikes earmarked for donation. Their work is then checked by professional mechanics to ensure safety.

“We try to pair new volunteers with volunteers who have more experience,” Snyder says. “It’s a really nice learning space,” especially compared to the intimidating and insular atmosphere of some pro bike shops. Thursday night sessions are reserved for women, trans, and femme volunteers, “which is really important because bike shops are hostile environments for lots of people.”

Bike donations are sent to various nonprofits who distribute them by referral. Working Bikes tries to match the person with the best bike for them. Perhaps they have limited mobility, making a step-through bike the best option, or they want a basket.

“We’re not just giving them a cast-off,” Snyder says. In addition to recycled bikes, recipients also receive locks, lights, and a helmet.

Some of the bike donations are sent out internationally, primarily in Central America and Africa, in concert with international partners, like the Canada-based Africycle and Bikes for Lesotho. When Africycle began to have a hard time meeting the demand for bikes in Malawi, they teamed up with Working Bikes, says Africycle’s Ben Voss. The relationship has allowed them to worry less about procuring the wheels and focus more on their on the ground operations. Working with a network of women in rural villages, they identify people who could most benefit from a bicycle.

More Than Recreation, Bikes Become Useful Assets to Families Around the World

Ensconced in South Africa amid its stunning highlands, the Kingdom of Lesotho — dubbed the Kingdom in the Sky — is beautiful but poor, with little arable land. Dave Gorman founded Bikes for Lesotho after learning about the devastating HIV/AIDS epidemic and the thousands of orphans left in its wake. A Peace Corps engineer working on water projects in Lesotho in the 1990s, Gorman felt driven to do something for the orphans. He was struck by the idea in the middle of the night: send them bikes.

“Everyone in the world, and especially children, deserve the joy of a bike,” Gorman says, who has since become a Working Bikes board member.

Many citizens in Lesotho work in South Africa, and these bikes allow them a degree of independence on their commutes.

So far, his group has shipped 10 containers — each holding 500-600 mountain bikes for kids and adults — with nine coming from Working Bikes. Some recipients of international donations have even raised enough money to purchase the shipping container the bikes come in, Snyder says, turning it into a bike shop and, potentially, income and employment opportunities. Bikes can be economic engines on their own; in Lesotho, they allow citizens, many of whom work in South Africa, a degree of independence on their commutes.

Mountain bikes are the most common international donations, since they are capable of traversing almost any terrain. In Lesotho, their presence has helped a strong mountain biking culture spring up. The country hosts Lesotho Sky, a six-stage mountain biking race that snakes through its natural treasures, and the Kingdom’s Phetetso Monese has competed in the Rio Olympics and the Commonwealth Games at Glasgow in 2014.

The income generated by Working Bikes’ West Side bike store provides the vast majority of Working Bikes’ operating budget. Bikes that look prime for the floor are sent upstairs to be restored by professional mechanics. Once they are ready for the road, recycled bikes are sold at reduced prices, most priced around $200 to $300, with children’s bikes as cheap as $20. The store is the hub, Snyder says (groaning at her own pun), around which Working Bikes revolves.

Bikes can do more than gather rust and dust in the corner of the garage.

Bicycles provide more than recreation, Snyder says. They save money on public transit, provide access to services, jobs, and social engagements that may otherwise be inaccessible, are a form of exercise, and allow for independence. Bikes can do more than gather rust and dust in the corner of the garage.

“That bike becomes an incredibly useful asset to that family,” Africycle’s Voss says. “It helps people get to jobs, helps them get their kids to school, helps them access things like healthcare. It’s something that’s really valuable to them.”

This story of Catalysts, a Freethink original series, was created with the Stand Together Foundation. For more about the social entrepreneurs who are exploring bold new solutions to big social problems, join us on Facebook on our page, Catalysts. 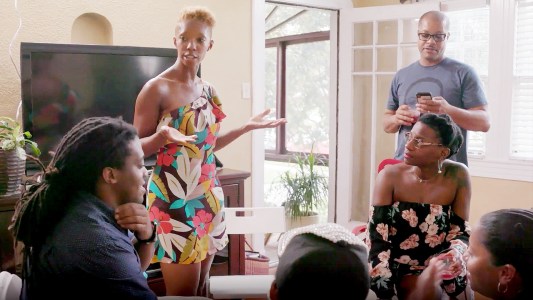 The greatest investment of all may be in people’s strengths and initiative. This nonprofit is doing just that, and it’s working.