In Nigeria, daily power outages are no surprise. Many homes have diesel generators, which cause a lot of pollution and are risky to human health.

But one startup is offering affordable, on-demand clean energy — in solar power batteries, available at the corner store.

The problem: Nigeria has abundant oil, gas, and hydro resources, and current facilities have the capacity to create 12,522 MW of electricity. One would think the country would have enough power. But on most days, it actually only generates approximately 4,000 MW — barely enough for the 195 million residents, even with rolling blackouts.

Despite the resources, central utilities can’t meet the demand for power because of policies, regulations, and operations mismanagement, reports The Conversation. As a result, half of all electricity consumed actually comes from self-generated power, like petrol and diesel generators.

Half of all electricity consumed [in Nigeria] actually comes from self-generated power, like petrol and diesel generators.

Home generators release more emissions than trucks and workplaces. And because they are in or near a person’s home, running for hours on end, they cause a greater risk to human health.

The solar solution: Now, in Nigeria, people can buy eggs, milk, and solar-generated power, in one stop, thanks to the startup Reeddi.

“Our goal is to make energy access as easy as buying milk,” Olugbenga Olubanjo, CEO of Reeddi, told Fast Company.

Customers can rent a Reeddi “capsule,” a portable battery with ports to charge phones, computers, lights, and other small devices. Several solar power batteries can be linked together to supply power for more extensive needs.

When the battery is dead, they return it to the store and pick up a new one. The spent batteries are recharged from solar panels, ready for the next use.

“Our goal is to make energy access as easy as buying milk.”

The portable solar power batteries are about the size of a loaf of bread and can be transported between work and home or shared between friends.

In the future, the company wants to install solar-powered vending machines at the local stores, so customers can easily return their battery and pick up another. For now, the solar power batteries are collected and charged off-site.

Future power: The solar power batteries are a small solution to a country-wide problem. While it does offer immediate relief and a chance for people to light their homes or charge their phones, it’s not a sustainable long-term solution to the problem.

Not being able to provide reliable grid power has impacted industry and the economy, and until the centralized power system is fixed, many argue that it will become critical to diversify Nigeria’s energy supply with more independent sources of clean solar power. In a way, then, Reeddi capsules may represent the very beginning of an expansion toward more solar in Nigeria. 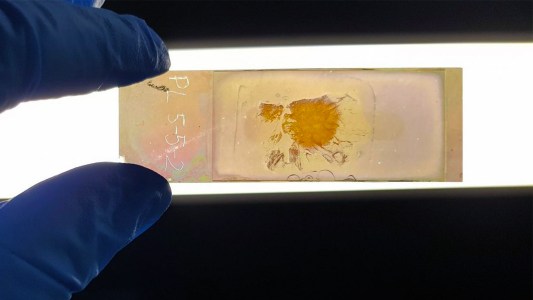