A Seattle nonprofit is building tiny houses for homeless people — but instead of clustering them in segregated villages or around shelters, locals are building them right in their own backyards.

The challenge: To end homelessness, we need more affordable housing. Full stop. But most of the U.S.’s half a million homeless people reside in cities, where the land is scarcest and housing is most expensive.

Even if land is donated or subsidized by local governments, though, both homeless shelters and affordable housing are frequently stymied by high construction costs, zoning regulations, and opposition from locals, who aren’t keen on low-income housing in their neighborhoods.

The idea: Instead of attempting to create affordable housing the usual way — by building large, multi-unit dwellings — Seattle nonprofit Facing Homelessness is working on a decentralized approach.

“[W]e see this as long-term housing. We really want this to be a stable environment.”

Its BLOCK Project program, launched in 2017, constructs tiny houses for homeless people, and rather than being built on newly purchased land, Seattle homeowners volunteer their backyards.

That not only cuts costs, but also avoids the heavy zoning restrictions that impede new affordable housing projects. In Seattle, homeowners have a right to construct tiny houses in their backyards — also known as “granny flats” or “accessory dwelling units” (ADUs) — so long as their lot is a certain size.

Playing matchmaker: Any homeowner with a qualified lot can apply to host one of the BLOCK Project tiny houses for homeless people via the program’s website. Facing Homelessness then interviews those interested applicants to find ones it believes will be a good fit.

The nonprofit works with local social service agencies to screen and select the tiny homes’ residents. Specifically, it looks for people with whom the agencies have long, stable relationships and who appear ready to succeed at independent living.

Facing Homelessness then facilitates two meetings between hosts and potential residents to ensure the relationship works.

The tiny houses: Facing Homelessness does most of the building for the tiny houses for homeless people at its BLOCK Shop. Volunteers then help assemble the homes on site, and local electricians and plumbers help set up the utilities.

Each 125-square-foot house has a kitchen, bathroom, sleeping area, and covered porch. The homes also have solar panels and a rainwater capture system — these help offset utility costs, which hosts generally volunteer to pay for the tiny houses.

Facing Homelessness leases the land (for free) from the homeowners in five-year stints and retains ownership of the tiny houses — if the homeowner chooses not to renew the lease or can no longer host for some reason, the nonprofit can move the house to another backyard.

Each tiny house costs about $75,000 to build and install and is funded through donations from local businesses, community members, corporations, and other institutions. For comparison, the average cost for one unit for new low-income housing in Seattle is $340,000, according to Facing Homelessness.

Small but mighty: The downside to the project is obvious — the BLOCK Project has so far constructed just 12 tiny houses, and Seattle has nearly 12,000 homeless residents at any given time.

That means there is still a huge unmet need for affordable housing in the city — but even if the BLOCK Project has only been able to house a small number of people so far, its impact on those folks and their hosts has been huge.

“BLOCK Homes do more than just provide shelter,” host Kim Sherman wrote in 2018. “They provide an opportunity for relationships and healing at the individual level, within the communities on a city block and in a neighborhood, and throughout the city.” 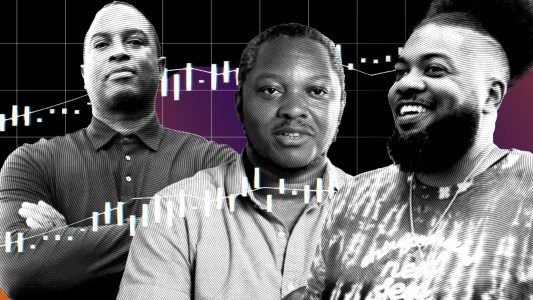 Our economy was designed to exclude and exploit people of color. These entrepreneurs are working to level the scales.

Social Entrepreneurs
How to build an inclusive economy6:59
Subscribe to Freethink for more great stories
Subscription Center
Challenges
Video
Freethink
Subscribe
We focus on solutions: the smartest people, the biggest ideas, and the most ground breaking technology shaping our future.
Subscribe