Welcome back to our Cool Stuff Roundup (trademark still pending), where we collect the best stories shared on Freethink’s internal Slack channel, and share them with you.

This week, we’ve been talking amongst ourselves about how the good stuff that’s happening in the world often times gets lost in the news. My Facebook wall is a good example of this: Apocalyptic political rant about candidate A, conspiratorial rant about candidate B, an absolutely infuriating story about the sugar lobby lying to all of us, and an Onion video making fun of Tom Hanks’ new movie.

OK, The Onion video is pretty funny, but didn’t good things happen in the last week? Of course they did. Here are some of those things:

More humans are killed by mosquitos every year than by the next 13 deadliest foes combined, and that includes other humans. And we can thank malaria for that. Thankfully, we also know how to beat malaria at the nation level, which is exactly what Sri Lanka has done.

This month, the World Health Organization declared that the country of 20 million people hasn’t seen a malaria case in three years, which is just long enough for Sri Lanka to claim a W over one of human history’s deadliest diseases. What made it possible? Despite recovering from a civil war, the country’s public health bodies were able to offer free screening and free treatment to at-risk populations of every ethnicity. That’s awesome.

Who completed the what? Claire Lomas was paralyzed from the chest down in a horse-riding accident several years ago. The Great North Run is a half marathon in Britain. And Lomas was able to “run” it thanks to her ReWalk exoskeleton. (Speaking of: you should totally check out the video where we profiled paralyzed architect, Robert Woo, who has regained feeling in his legs thanks to using ReWalk). She traveled roughly three miles a day for nearly a week, and finished soundly in last place. But when you consider that just five years ago, people suffering from Lomas’s injury didn’t walk anywhere in any amount of time, it’s absolutely amazing. (Did we mention she completed the half-marathon while 16 weeks pregnant?!)

Google’s DeepMind is one of the top artificial intelligence teams in the world. University College Hospital is one of the best cancer treatment centers in Britain. The two are teaming up to pit A.I. against cancer. Technology Review reports that “DeepMind will analyze 700 anonymized scans from former patients who suffered from head and neck cancers. They hope to create an algorithm that can learn how physicians make decisions about this part of the treatment process, ultimately segmenting the scans automatically.”

Incomes are rising in the U.S.

“That 5.2% (income) increase was the largest, in percentage terms, recorded by the bureau since it began tracking median income statistics in the 1960s.”

Economy watchers rejoiced this week after the Census Bureau released data showing 2015 was the best year in decades for low-income and middle class American households. “Real median household income was $56,500 in 2015 up from $53,700 in 2014,” The Washington Post reports. “That 5.2 percent increase was the largest, in percentage terms, recorded by the bureau since it began tracking median income statistics in the 1960s. In addition, the poverty rate fell by 1.2 percentage points, the steepest decline since 1968.” Yes, there’s room for improvement in the American economy, but also: This is improvement!

Bionics
Man builds his own bionic hand out of melted plastic bottles
After creating a bionic hand for himself, Peruvian engineer Enzo Romero launched a company to sell the low-cost prosthetics to others.
Up Next 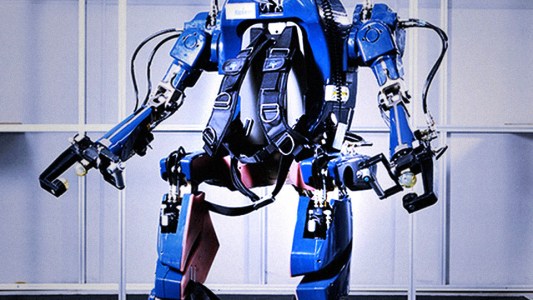 Right now, assistive bionic technology is really cool and really expensive. This is how it will get better and…

Bionics
How do we scale bionic technology?
Subscribe to Freethink for more great stories
Subscription Center
Challenges
Video
Freethink
Subscribe
We focus on solutions: the smartest people, the biggest ideas, and the most ground breaking technology shaping our future.
Subscribe