Airbnb has announced plans to provide 20,000 Afghan refugees with free temporary housing in hosts’ rentals through its charitable nonprofit, Airbnb.org.

“The displacement and resettlement of Afghan refugees in the U.S. and elsewhere is one of the biggest humanitarian crises of our time,” Brian Chesky, CEO of the online rental platform, wrote on Twitter. “We feel a responsibility to step up.”

The challenge: In 2001, the U.S. invaded Afghanistan, forcing the Taliban out of power. With the last U.S. troops now exiting the nation, the militant group has once again seized control.

That’s left tens of thousands of people desperate to leave Afghanistan — some fear retaliation for helping the U.S., while others are women and girls afraid they’ll be oppressed or forced into sex slavery under Taliban rule. Others simply want to live in a free, democratic country.

The U.S., its allies, and private organizations are working to evacuate people, but that’s just the first step — Afghan refugees must also find new homes.

Free temporary housing: In 2012, Airbnb started helping hosts provide their rentals to people displaced by Hurricane Sandy for free. The following year, it launched a tool that made it easy for hosts around the world to do the same for people involved in other disasters.

Airbnb soon expanded the program to include refugees displaced by conflict or political unrest, and in 2020, it announced the launch of Airbnb.org, a nonprofit that would use its funds to help house people in need.

“As a nonprofit, Airbnb.org will scale its impact and fund stays through private donations from individuals and institutions,” the company wrote. “All funds raised through Airbnb.org will go towards covering the cost of stays for those in need.”

Helping Afghan refugees: Airbnb says it has helped about 25,000 refugees find temporary housing over the past four years, and now, it plans to do the same for 20,000 Afghan refugees.

“For these 20,000 refugees, my hope is that the Airbnb community will provide them with not only a safe place to rest and start over, but also a warm welcome home,” Chesky said in a news release.

The company didn’t say how long the refugees will stay in the Airbnb rentals, but did note that hosts are offering both short- and long-term housing. It also said that 165 Afghan refugees have already been placed in U.S. rentals.

Art
Ukrainian artists turn to NFTs to tell their stories
A Kyiv gallerist and Puerto Rican art gallery are auctioning off NFTs of art created in conflict to support Ukrainian artists.
By B. David Zarley
Up Next 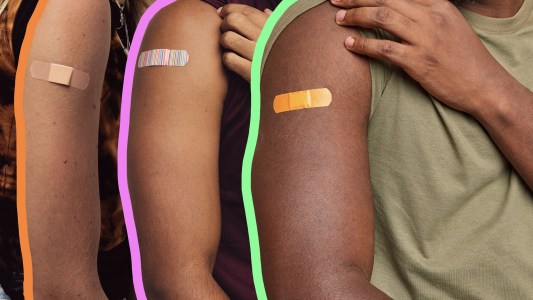 A grassroots approach to vaccine education is happening in the heart of the civil rights movement in Alabama. Does this church hold the key to overcoming medical mistrust?

Public Health
Beyond Sunday Service: How one Montgomery church is bringing health equity to their community
4:03
By Stephen Johnson
Subscribe to Freethink for more great stories
Subscription Center
Sections
Video
Freethink
Subscribe
We focus on solutions: the smartest people, the biggest ideas, and the most ground breaking technology shaping our future.
Subscribe