Galima Bukharbaeva remembers the moment her exile from her home country began. As thousands of people gathered in the city square, Bukharbaeva could sense their mood – “absolute happiness.” She had never seen happiness pour from the people of Uzbekistan like that. After years of what she describes as “torture and lawlessness” by the government, the crowd was speaking out. Bukharbaeva says they felt like they were “true masters of the city at that moment.”

But suddenly it all changed, and the journalist was fleeing for her life. Without warning armored military vehicles appeared, firing into the crowd with machine guns.

“You suddenly just think, ‘I can’t die now.’ There is a kind of expression – that you feel like your heart is away in your feet. This is truly what happens,” she says. “This is animal fear.”

Unlike hundreds of her compatriots who attended the protest in 2005 (the exact death toll is unknown), Bukharbaeva made it out alive.

But the Andijan Massacre was the journalist’s tipping point. Because of government censorship, her work was already frequently blocked by the authorities. But this time was different. When she heard they were arresting witnesses of the massacre, she packed a small backpack, left the country, and hasn’t been back since.

Fleeing the country hasn’t stopped her from writing news reports about it. But because of the country’s censorship of the media and the Internet, her voice usually went unheard inside Uzbekistan itself – until Reporters Without Borders transformed two of her stories into pop songs.

Through a project called The Uncensored Playlist, the NGO is exploiting loopholes in government surveillance technology to sneak censored journalism past oppressive regimes, boosting the work of reporters living in exile from countries such as Uzbekistan and China.

Bukharbaeva covers the types of news stories that are critical of the government. Consequently, her website is blocked in Uzbekistan, so her stories can’t be read by the people who need to see them most. But in 2017, The Uncensored Playlist – a collaboration between Reporters Without Borders Germany and DDB Berlin – penetrated the censorship, sneaking two of Bukharbaeva’s stories to the people of Uzbekistan.

They did this by taking advantage of a censorship oversight common in many repressive regimes: while they ban search engines and social media, music streaming services like Spotify and Apple Music are usually freely available. Bukharbaeva’s illicit articles bypassed firewalls because they became the lyrics of pop songs. The censorship firewalls couldn’t distinguish them from any other song.

Bukharbaeva’s articles bypassed firewalls because they became the lyrics of pop songs.

The Uncensored Playlist featured story-songs from journalists in five countries: China, Egypt, Thailand, Uzbekistan, and Vietnam. Like Bukharbaeva, some of the other journalists were also exiled, as dissenters can face imprisonment or torture. Each journalist selected two stories, which musicians used to compose song lyrics. Now, almost anywhere in the world, people can listen to the news via The Uncensored Playlist.

Reporters Without Borders released the playlist on March 12, 2018, marking the World Day Against Cyber Censorship. Now, two years later, the press freedom NGO launched another campaign. This year’s loophole: the video game Minecraft. Again, five countries are involved: Mexico, Russia, Egypt, Vietnam, and Saudi Arabia. These governments are restricting the free press, but video games are accessible. So, buried in the virtual world of Minecraft, the best selling video game of all time, is The Uncensored Library.

In Minecraft, the 145 million active players build virtual worlds out of blocks, much like digital Legos. The Uncensored Library, which took three months to build, features work from journalists who have been jailed, exiled, or even killed. Now, inside the inner world of a video game, their articles are hidden from firewalls – the books can be accessed and read by anyone in the game.

“The Beginning of Everything”

Long before Chang Ping’s articles were recast as songs for The Uncensored Playlist, he was a journalist in China. For almost 30 years, he worked as a commentator on contemporary affairs. In the late 1990s, his reputation grew because of his work exposing scandals and championing freedom of the press – a risky stance in an authoritarian country. Eventually, he was removed from his job and banned from writing for print media altogether.

Ping says that the Communist Party restricts speech because they are aware that it is “the beginning of everything.”

After being silenced inside China, Ping left the country for Germany, where he continued to write dissident works that challenged the Chinese government. When his relatives were detained by the Chinese police, Ping didn’t stop. He continued to write – this time exposing the kidnapping. Ultimately, Ping felt compelled to completely sever ties with his family, who were forced to denounce him, so that the Chinese authorities cannot use them as leverage against him.

Ping describes censorship in China as a tool used by the regime to control life as a whole. “Even a kindergartener knows that you can only ‘passionately love the Party,’ not oppose it. Chinese children are extremely diligent students, but their cognitive judgment and creativity are greatly suppressed, as having these abilities would challenge the institutions of censorship,” Ping wrote in an email.

Like Bukharbaeva, Ping will likely never be able to return to his home country. Despite the challenges, Bukharbaeva and Ping aren’t stopping anytime soon. They say the sacrifices are worth the cause.

“Freedom of expression and freedom of thought are the cornerstones of human civilization. … Speech is not just a medium to more freedoms, it is an inherent part of freedom and one of our basic rights,” Ping says. “Speech is freedom itself.”

AI
Diplomacy game AI can negotiate, form alliances, and persuade people
The game of Diplomacy, based on social skills, has long been seen as a tough challenge for AI. But Meta’s CICERO has proven itself up to the task. 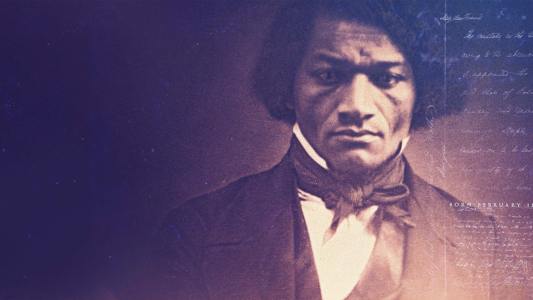