Update, 3/15/22, 4:50 p.m. ET: On March 14, Ukraine launched a website where people can donate cash and nine types of crypto to the National Bank of Ukraine. At the time of writing, the site had raised more than $50 million toward a $200 million goal.

“The funds will be used for the support of humanitarian aid programs and the Armed Forces of Ukraine,” according to the website.

Two days after Russia invaded Ukraine, the Eastern European nation posted two long strings of numbers and letters in a tweet that was then pinned to the top of its Twitter account.

These weren’t some sort of secret message to allies. They were the addresses to cryptocurrency wallets where Ukraine was accepting donations to help with its defense.

Addresses to wallets accepting other forms of crypto followed, and by March 4, the accounts had received more than $48 million worth of crypto.

Direct donations to digital wallets are not the only way that blockchain technology is being used to help Ukraine. The crypto community is also backing a new kind of blockchain-based group, called a “decentralized autonomous organization” (DAO), to support Ukrainians during the war.

DAOs, explained: If you’re a fan of hip hop, this might not be the first time the term “DAO” has landed on your radar — in July 2021, a group called PleasrDAO paid the U.S. government $4 million for the Wu-Tang Clan’s one-of-a-kind album “Once Upon a Time in Shaolin.”

“A DAO is an internet community with a shared bank account,” Cooper Turley, a DAO investor and builder, explained on CNBC’s Make It. “Basically, a small group of people come together to form a chat group, and then they decide to pull capital together, [typically] using an Ethereum wallet.”

A DAO’s use of blockchain adds a level of transparency that might be missing from an LLC or investment group.

Members of a DAO can make suggestions for how to spend its money and then vote on different ideas — in some DAOs, each member’s vote is worth the same, and in others, the votes of those with more money invested in the organization carry more weight.

The outcomes of those votes — as well as the DAO’s preprogrammed rules and any financial transactions it makes — are immediately recorded on a blockchain, which is a distributed online ledger that can’t be tampered with. That adds a level of efficiency and transparency that might be missing from, say, an LLC or investment group.

Crypto philanthropy: While most DAOs we’ve seen so far have formed to buy something — a rare rap album, virtual land in the metaverse, a copy of the U.S. constitution, etc. — people are also starting to replace traditional charities with DAOs.

One of the most prominent examples is the Big Green DAO, a new venture spearheaded by Kimbal Musk — its members work in the food justice space and decide collectively how to distribute grant money to other food-focused organizations.

“The core appeal of a DAO is a thesis: If we put the grant-making authority in the hands of the frontlines will it make a bigger impact than keeping the decision-making centralized?” Kimbal Musk told CoinTelegraph in November.

Because UkraineDAO deals only in crypto, people can easily donate from anywhere in the world, and Ukrainians will be able to access the money even if local banks put restrictions on cash withdrawals.

Donors don’t have to worry that the DAO will suddenly stop accepting money, like the centralized crowdfunding site Patreon did after determining that a page supporting Ukraine’s military violated its policies, resulting in more than $300,000 in refunded donations.

The value of crypto donated to UkraineDAO won’t be negatively affected by the conflict the same way the local government currency might be, and a blockchain is harder to hack than the centralized servers used by banks and most other nonprofits.

“Crypto is borderless, permitless, and it’s so much easier and faster than fiat,” Nadya Tolokonnikova, founder of Pussy Riot, said during a Twitter Spaces conversation.

“The future of corporations could be very different as DAOs take on legacy businesses.”

As of March 2, UkraineDAO had secured more than $7 million in Ethereum donations.

The DAO’s creators will decide where this money goes, and so far, they’ve named Mission Proliska, a charity supporting the citizens of Ukraine, and Come Back Alive, one that will use the funds to provide medical support for wounded Ukrainians, as recipients.

“All our help, realistically, needs to be thrown for the army,” Alona Shevchenko, the Ukrainian activist who came up with the idea for the DAO, told CoinDesk. “If you don’t stand up for our army right now, we will have no civilians to help.”

The big picture: Like most everything cryptocurrency-related, it is possible the use of DAOs could simply be a fad, but proponents see long-term potential in the organizational model.

“The future of corporations could be very different as DAOs take on legacy businesses,” billionaire entrepreneur Mark Cuban tweeted in May 2021.

“There are so many features and processes in any given company that can be more efficient and productive using a decentralized, trustless approach,” he added in a follow-up tweet. “As companies are built on this approach we will see some incredibly disruptive businesses built.” 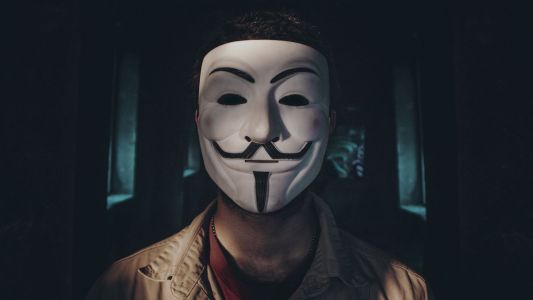 Alongside Anonymous, large numbers of Ukrainian cyber professionals have volunteered to assist with Ukraine’s cyber defense.

Hacking
How the hacker group Anonymous waged a cyber war against Russia
Subscribe to Freethink for more great stories
Subscription Center
Sections
Video
Freethink
Subscribe
We focus on solutions: the smartest people, the biggest ideas, and the most ground breaking technology shaping our future.
Subscribe