Margaret Rossiter has made it her lifework to spotlight female scientists who were written out of history books. Beginning in the early 70s, she spent more than a decade digging through college archives, reading obituaries, deciphering old photos, and trying to make sense out of a past that was systematically censored.

“I, of course, had never met a woman scientist, but I thought, ‘Well, might as well be doing this.’”

Her seminal work, titled Women Scientists in America and published in 1982 in three volumes, is credited for single-handedly bringing women into the conversation. Freethink spoke to the groundbreaking historian and Cornell University professor to understand what drives her to document important female scientists in history.

Freethink: What motivated you to focus your research on female scientists?

Rossiter: My dissertation was on the history of agricultural chemistry. It was interesting, but somehow, I didn’t have much more to say. I kept coming across women scientists. I saw it as an opportunity.

I, of course, had never met a woman scientist, but I thought, “Well, might as well be doing this.”

There was nobody else (writing about female scientists). I remember a day I thought, “I’ve never heard of a woman geologist, but I will go down to the earth sciences library and hope there’s a good librarian there and look up obituaries. By tonight, I’ll know a whole lot more.”

Rossiter: I think so. I’m not sure they ever studied women’s history, because they probably have other things to do, but it’s an awareness.

My first volume came out about ’82. After I visited one women’s college, I got a nice note from the president that said they were glad to be noticed. They’ve been marginalized in many ways. Here was a historian, that wasn’t connected with them, pointing out they had historic importance. It was consciousness raising.

Freethink: Did you meet with resistance?

Rossiter: When I sent a proposal to the National Science Foundation to get funding, they couldn’t find anybody to read it. So they sent it to some current women scientists, who said, “We don’t want somebody mucking around finding problems.”

I got declined, which I protested.

“(I) got criticized by a congressman on the floor of the U.S. House of Representatives. He said my grant was ‘obviously wasteful spending.’”

In the mid-’70s, when they did give me a grant, it got criticized by a congressman on the floor of the U.S. House of Representatives. He said my grant was “obviously wasteful spending.” He had staff people who found articles on Margaret Mead. So therefore, he decided, there was nothing further needed on women scientists.

A lot of people were quite scornful that, “Margaret (Rossiter) is wasting her time doing this. She’s writing a book on women scientists, but it will obviously be a very short book.”

Freethink: Do you have a favorite woman scientist that you learned about during your research?

Rossiter: Just one. Christine Ladd-Franklin. She was sort of feisty. She wrote very interesting letters. She was a strategic thinker. She did things.

“One suggestion from a friend was to go early and sit under the table because it will have a big cloth draped over and she can be hidden.”

I think it was the late 1860s. I read in her letters that she found out that a group of psychologists were going to discuss her specialty — color theory — in New York City. She wasn’t invited because it was an all-men group.

The fascinating letters discussed what she should do. One suggestion from a friend was to go early and sit under the table because it will have a big cloth draped over and she can be hidden. Therefore, she could hear the conversation about her theories without being actually present. Then another one said, “You should ask one of the important men who will be there to take you as his guest.”

She had done work, she was qualified in many ways, but they were going to exclude her.

Freethink: What do you think some of the early women scientists would say if they were alive today?

Rossiter: They’d be astonished. There are so many opportunities. They’d probably still be writing feisty letters to the editor when something went amuck, but I think they’d be proud of what’s happened in the last 40 or 50 years. It’s unthinkable.

“I think (early women scientists would) be proud of what’s happened in the last 40 or 50 years. It’s unthinkable.”

Even the women’s colleges made a point of hiring men. They thought it would increase their prestige. And they gave (the men) subsidized housing and light teaching loads and more semesters off. The women sat there — running the place, working their tails off, and not getting much recognition.

Freethink: You covered a large span of history. If you could live in any time period, which one would it be?

Rossiter: The most recent ones, since the ’70s. Before that, you got to a certain level, and then the advice was stoicism: you can’t change anything. Buck up, this is it.

Freethink: What do you think the future looks like for women in science — based on what you know about the past?

Rossiter: Probably there will be some move to put them in the lower-paying fields. I don’t know what the salaries are in physics compared to biology, but I would think there’d be some kind of retrenchment. Because, if their numbers get too high, then there’s resistance.

Freethink: How do you want to be remembered in the history books?

What I did was so different, it didn’t fit any job description. So I persisted because my mother encouraged me and friends encouraged me, and what else was I going to do?

I have a story. I’m probably turning 40, and a friend called me up and said, “Margaret, I saw you recently and your hair’s turning gray. You’ve got to give up this idea that you’re going to write more on women in science. Go into San Francisco, buy a gray suit and go to Wells Fargo Bank and apply to be some kind of manager.” And I said, “No. I can’t do that. That’s not me at all. I want to write my chapters.”

The system was not welcoming. I persisted despite it all. I’m a trailblazer.

I’m not sure I’d recommend it to anybody else, though.

Books
Is your mind just a parasite on your physical body?
What if there is nothing special about self-awareness? What if it is just evolutionary dead weight, bound to disappear soon? 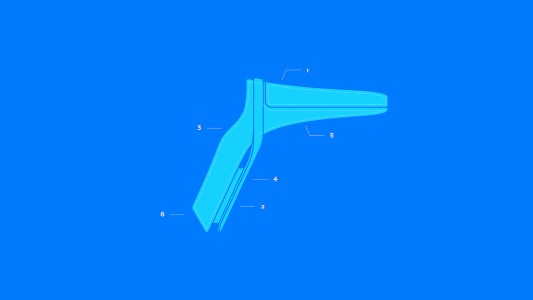 The vaginal speculum was invented by a man, and hasn’t been redesigned in almost 200 years. This group of women is making it more user-friendly for all.