San Francisco has joined a small but growing list of metros and states who have decriminalized possession and even distribution of some psychedelic drugs.

In September 2022, the city’s legislative body, called the Board of Supervisors, unanimously voted to decriminalize plant-based psychedelics, like psilocybin mushrooms, ayahuasca, and mescaline cacti, VICE reported. (Synthetic drugs like LSD and MDMA aren’t covered in the resolution.)

Growing, distributing, and using these federally-prohibited psychedelics “shall be amongst the lowest law enforcement priority for the City,” the resolution states, and urges that “City resources not be used for any investigation, detention, arrest, or prosecution” of breaking state and federal drug laws surrounding the compounds.

“San Francisco joins a growing list of cities and countries that are taking a fresh look at these plant-based medicines, following science and data, and destigmatizing their use and cultivation,” Supervisor Dean Preston said in a statement. Preston introduced the resolution to the Board.

The resolution lays out multiple reasons behind the decision.

The resolution cites psychedelics’ clinical efficacy in treating major depression, PTSD, and other conditions “plaguing our community,” as well as their well-established cultural use for thousands of years and already-granted exceptions for specific religious reasons.

There is also a state senate bill, Senator Scott Wiener’s SB 519, bolstering the Supervisor’s case. SB 519 has currently been reduced to a study to be conducted, CBS Bay Area reported, although Wiener plans to bring it again in 2023.

The resolution technically decriminalizes “entheogenic plants,” which it defines as “the full spectrum of plants, fungi, and natural materials that can inspire personal and spiritual well-being, can benefit psychological and physical wellness,” but it does not legalize them, since that is a matter for state law. As SFist points out, it can only discourage local law enforcement from penalizing them.

San Francisco’s resolution joins other metropolitan psychedelic shifts passed across the bay in Oakland, as well as in Santa Cruz, Washington, D.C., and Denver. 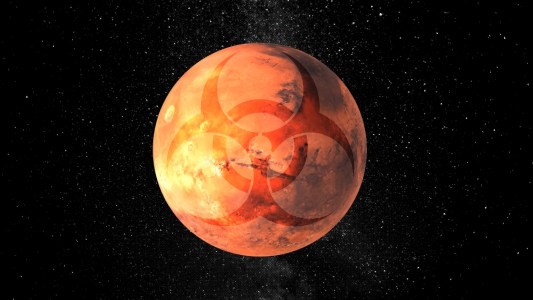 When Mars samples arrive, they may carry more than knowledge. To offset the chance of a Martian pandemic, NASA is learning to contain a Red Planet plague.

Outer Space
How NASA is planning to prevent a Martian plague
Subscribe to Freethink for more great stories
Subscription Center
Sections
Video
Freethink
Subscribe
We focus on solutions: the smartest people, the biggest ideas, and the most ground breaking technology shaping our future.
Subscribe